A Black Ops 4 2XP Playstation event description on February 14 unveiled Operation Grand Heist. Soon after, Playstation tweeted a short clip that showed off a bit more information for the next event.

Black Ops 4 will wrap up Operation Absolute Zero on February 18 and will immediately transition to its next batch of content for the new event.

The Black Ops 4’s Operation Grand Heist was revealed ahead of its February 19 release and early details of the new event looks like it will be heavily themed after an old-fashioned game of cops and robbers. 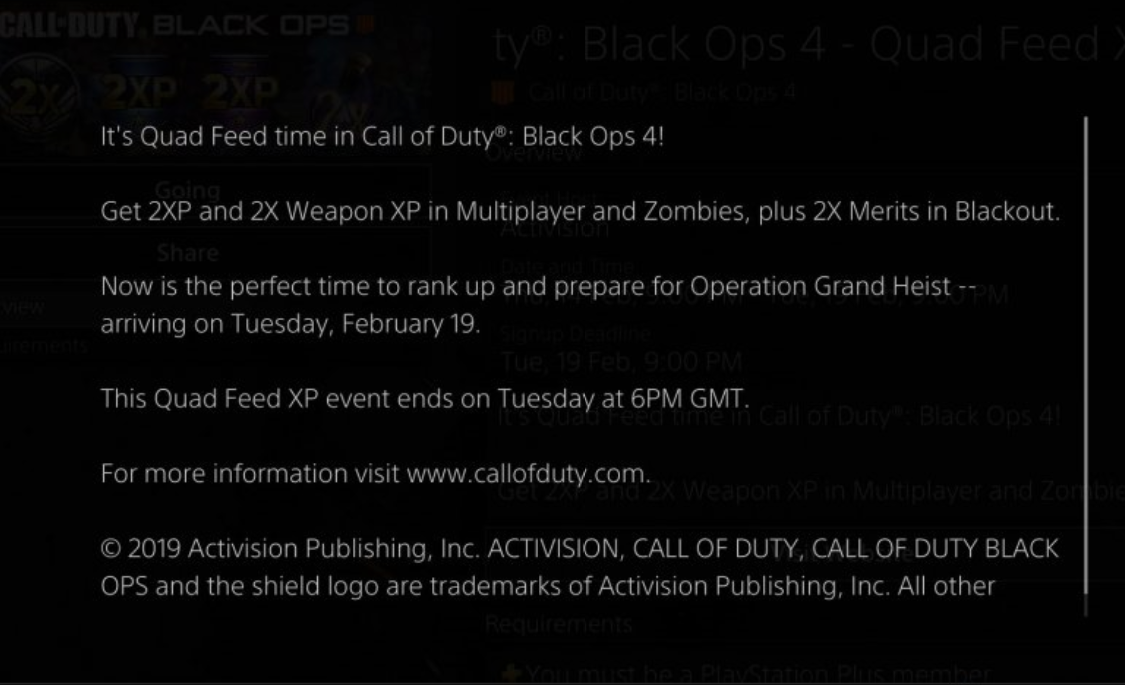 The full description released for the Playstation version of the game.

The five-second clip showed police vehicles in hot pursuit of a black sports car that, if the name of the operation is any indication, stole some goods.

Black Ops 4 has dabbled in a Heist mode on numerous occasions, first appearing back in August 2018 during the beta. The mode tasked both teams to locate a bag of cash and bring it to their designated helicopter pickup.

The two rumored maps coming to Black Ops 4 seems to follow the same motif of cops versus bandits, as one seems to be centralized around a casino and another in a police station.

No further information was released, but with the new operation coming very soon, fans are sure to get more details leading up to its release.