Call of Duty: How to unlock Spectre specialist in Black Ops 4 - Dexerto
Call of Duty

Call of Duty: How to unlock Spectre specialist in Black Ops 4

Call of Duty Black Ops 4’s new operation, Spectre Rising, is available on PS4 now, centered around the return of the ‘Spectre’ specialist – here’s how to unlock him.

The specialist from Call of Duty Black Ops III has made his way into Black Ops 4. Spectre was one of the most popular specialists from BO3 due to his lethal specialist weapon and ability.

The ‘Ripper’, a mono-edged twin blade was perfect for a super-close range encounters providing a one-hit kill. The active camo specialist ability Spectre yielded was also an effective tool. It allowed you to become very close to invisible and was especially effective at long-range. 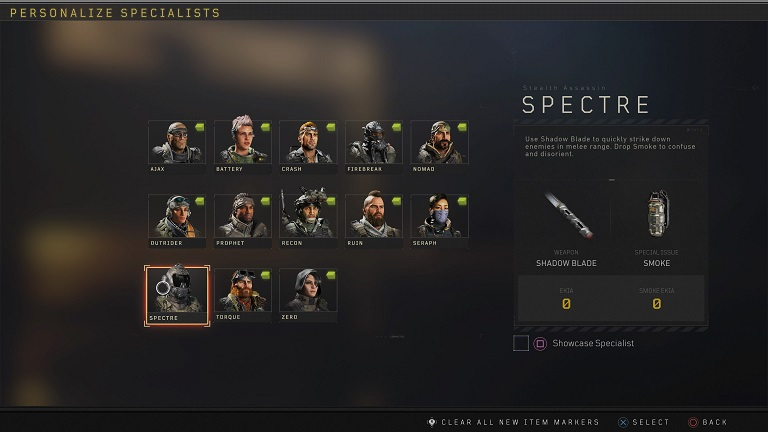 In order to make sure no specialist ability is overpowered, Spectre’s ability has been altered somewhat for BO4 multiplayer. Instead of near invisibility, the ability has changed to a smoke grenade which Spectre can see through. This will prove a very useful ability in choke points.

Elsewhere, in the core Blackout mode, Spectre is only available as a character skin. This of course aligns with other characters who also don’t provide any discernible benefit. 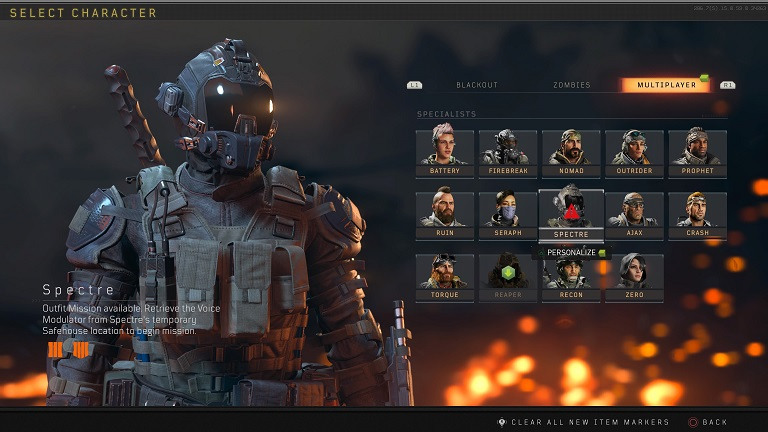 Spectre is available as a playable character in Blackout…

How to unlock Spectre in Black Ops 4

Each Black Ops 4 operation introduces new tiers and to unlock Spectre, you just need to complete Tier 1. This can be achieved in the following ways:

For players with little to no patience, there is the alternative of actually purchasing the first tier for 100 COD points.