One of the more polarizing Multiplayer maps in Call of Duty: Black Ops 4 is Seaside, which has its fair share of both fans and naysayers.

Seaside is one of the 11 new Multiplayer maps that were available in the day one version of Black Ops 4, a total which has now risen to 13 with the addition of Elevation and Madagascar.

According to the in-game description, Seaside is a “quaint” coastal Spanish town that was shut down by the military due after an anti-government protest grew out of control.

In addition to being a map featured in public playlists, Seaside is also one of the few maps that is in the Call of Duty World League’s official map rotations for both the Hardpoint and Control competitive modes.

To help players learn how to play better on Seaside, and even start dominating the map, YouTuber and CoD expert ‘TheXclusiveAce’ has published a video breaking down important lines of sight, spawns, and hot zones. 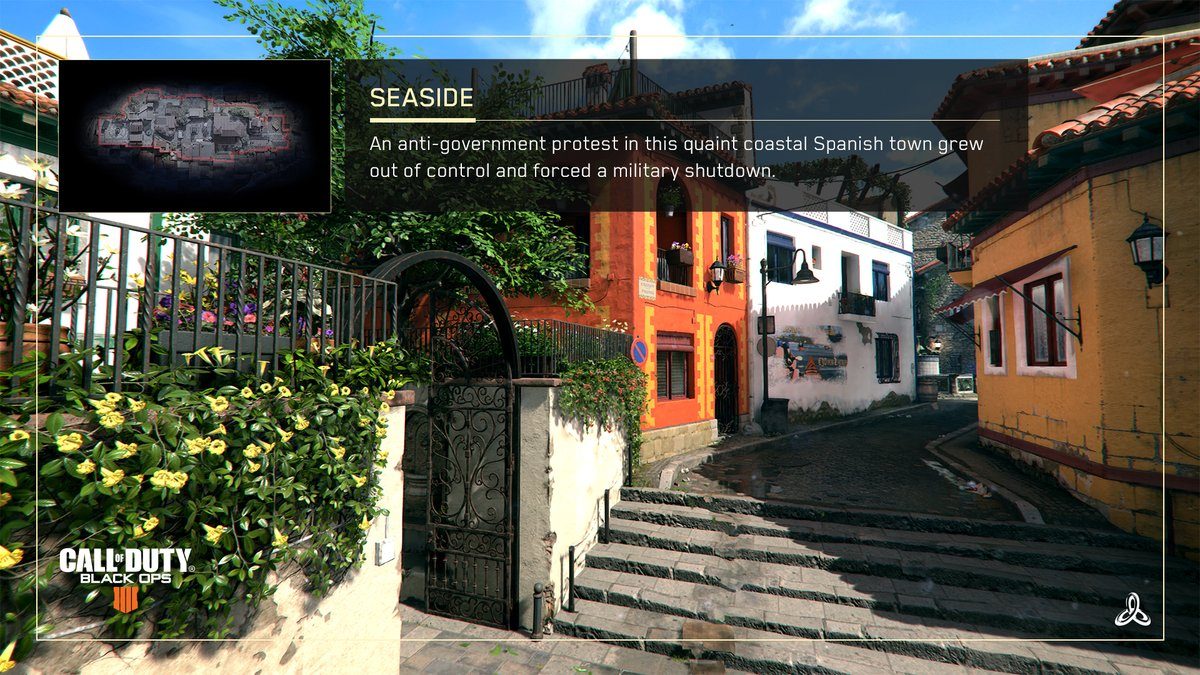 According to the YouTuber, Seaside has seven major hot zones, or areas on the map where action can virtually always be found as that’s where players generally like to position themselves. 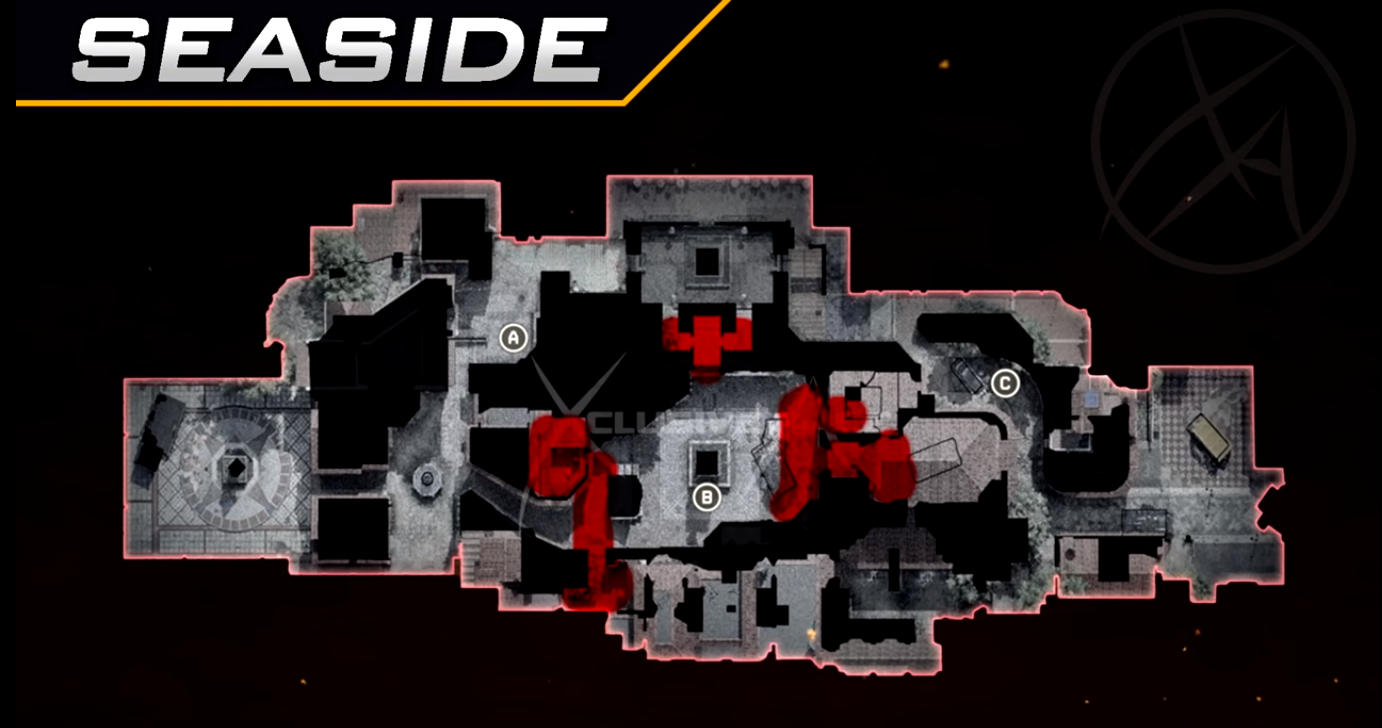 TheXclusiveAce goes on to point out some powerful lines of sight on the map, some of which are located around the lower patio side of the map. Here there is the nice head glitch that overlooks the patio from the roof shingles on the A-side of the area.

Another strong spot are the two blocks of stone that hold up lampposts on the patio itself, which offer a good and unexpected spot to shoot at enemies who are running to the patio from either side. 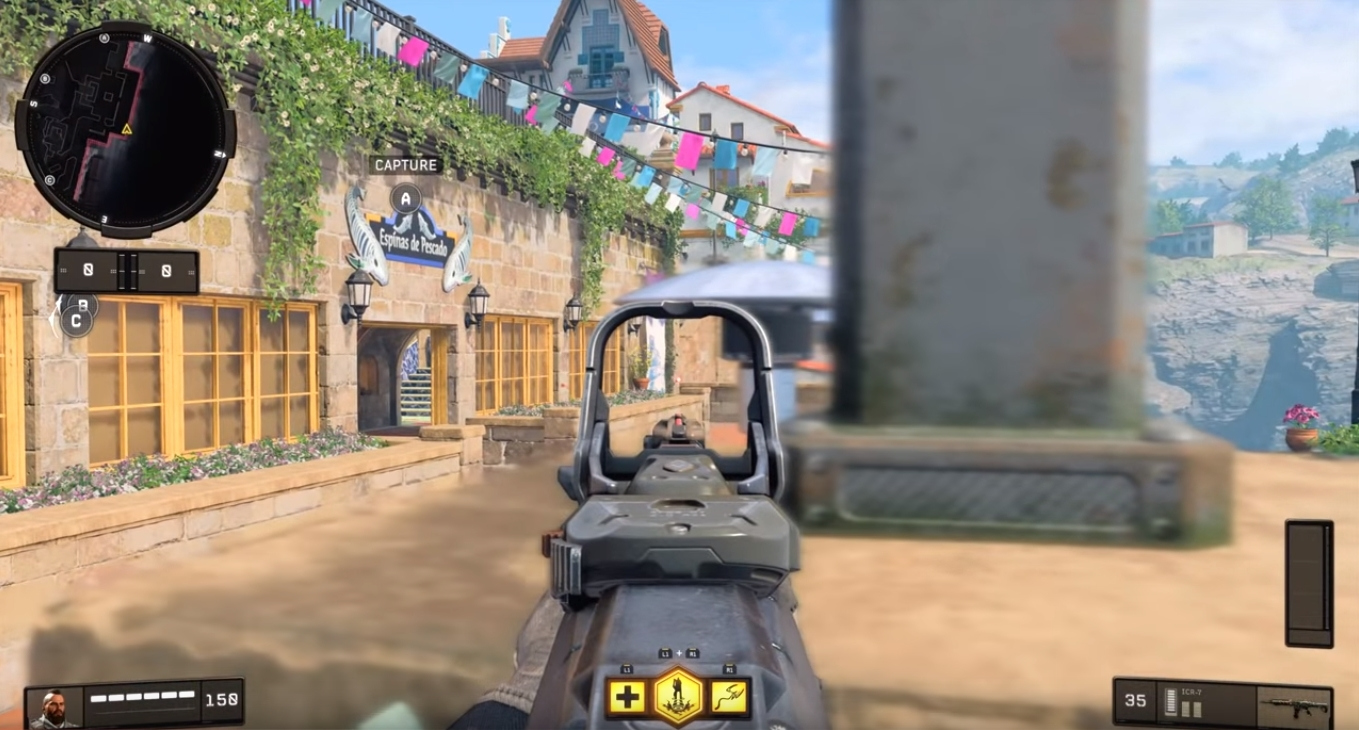 For the middle area of the map, one of the more interesting and high potential spots is right behind the tank, which offers players a clean line of sight to the yellow pool hall window while using the tank and its surround rubble as cover. 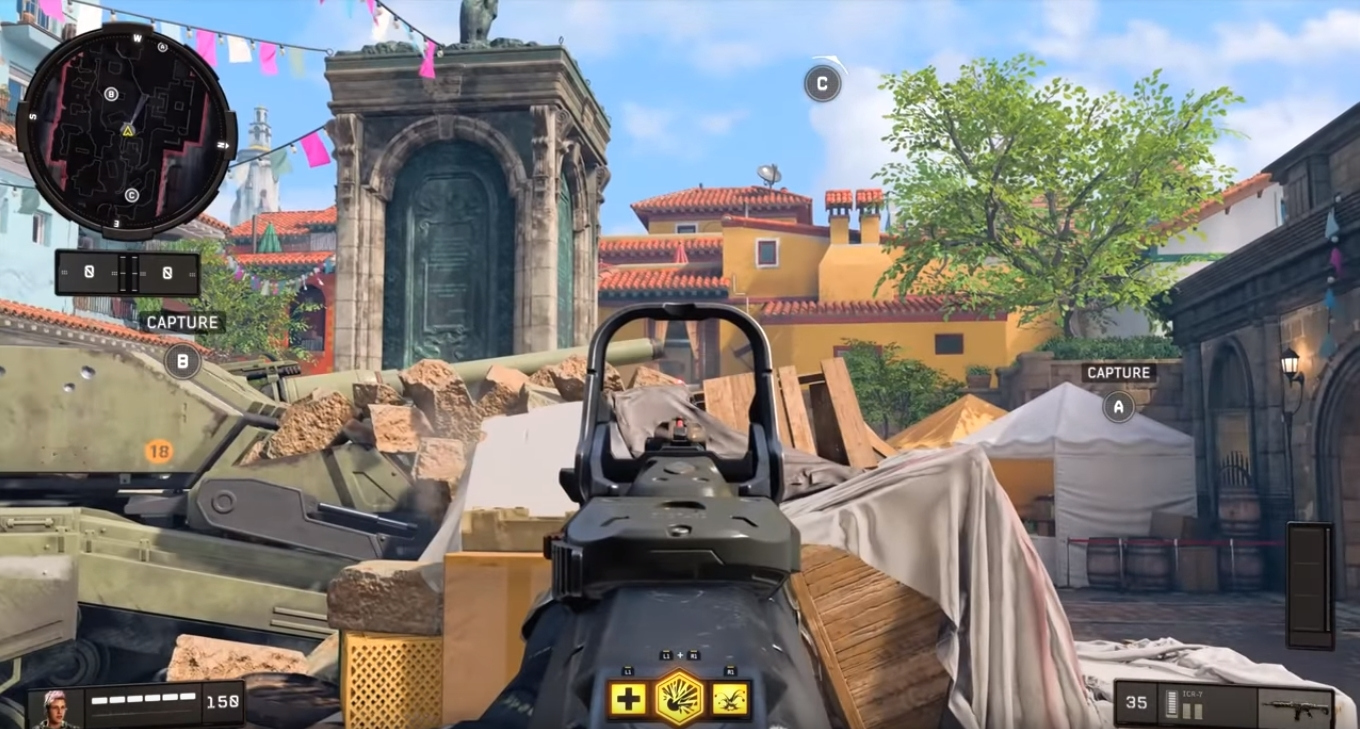 There are a couple of strong spots in the C-side spawn as well, including a position on top of the tank inside the church that gives a strong line of sight to the driveway that leads out of the spawn. 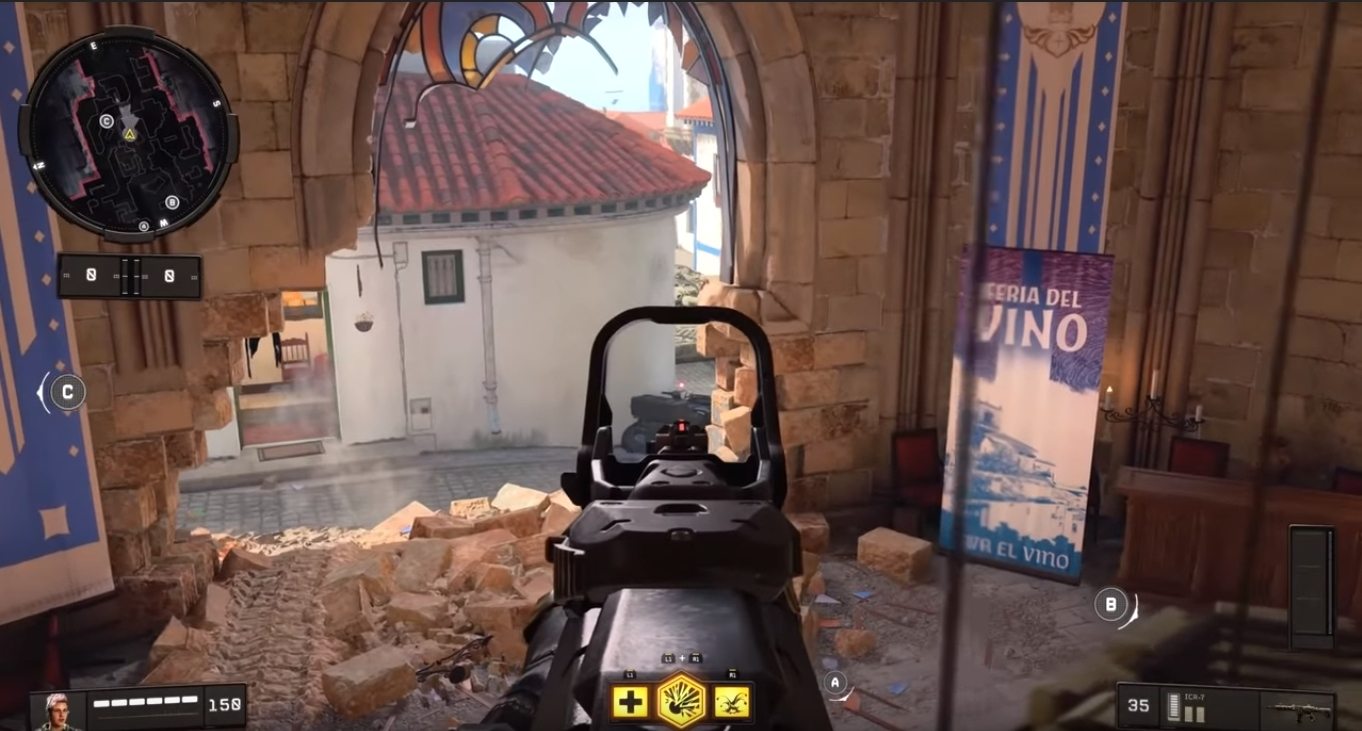 As for spawns, here is a full graphic of every possible point on the map that players can spawn in. The green dots indicate the primary/standard spawns, and the red dots indicate where these spawns shift to if the opposing team is pressuring the primary ones.

For a more full and in-depth breakdown of Seaside, including some lines of sight, power positions, and nade spots that were not detailed in this article, you can watch TheXclusiveAce’s full video below: