The Striker 45 has struggled to make an impact in Call of Duty: Modern Warfare but, with the right attachments, it can actually be fairly strong in Warzone. Here, we break down your best loadout options when using the Season 2 SMG.

As far as DLC weapons go in Modern Warfare, none have come close to the Grau 5.56 in terms of impacting the Warzone meta. The AR has dominated Verdansk thanks to its minimal recoil and incredible range.

However, the Striker 45 can be a trusty SMG in Warzone with the right attachments. It also boasts fairly useful iron sights, that can remain viable at nearly all ranges. Because of it’s slower fire rate, you’ll want to focus your Striker 45 usage on close to medium ranges so, in this vein, we’ve put together two classes for your perusal. 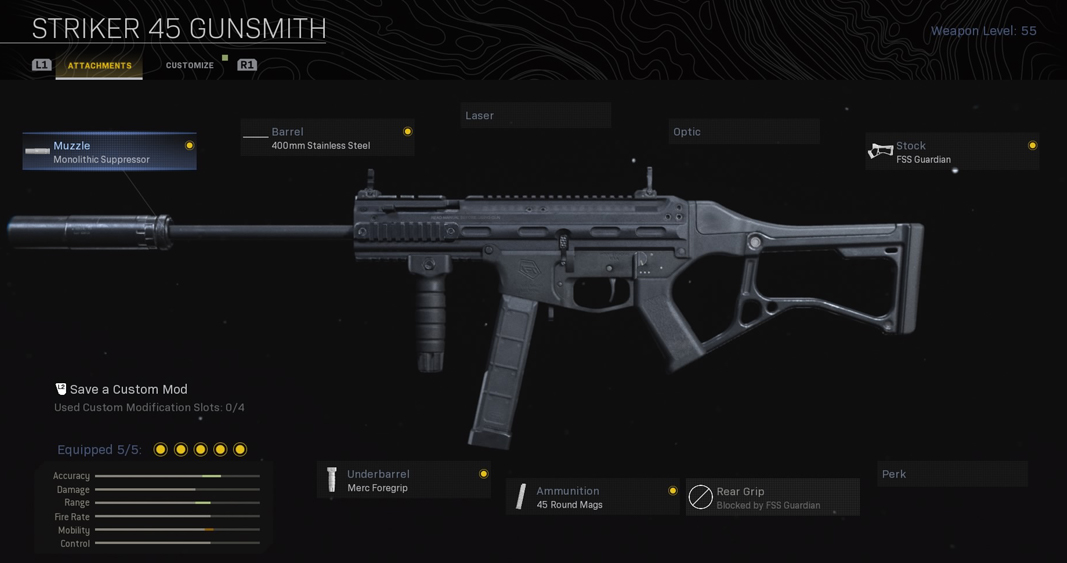 The Monolithic Suppressor and 400m Stainless Steel barrel massively boost the Striker’s range, as well as stabilizing shots and keeping you off the radar. While ADS will be slowed slightly, it remains fairly fast as a result of its class as an SMG.

Next up is the Merc Foregrip, which will stabilize shots and keep you in the fight at medium ranges. This will be complemented by the FSS Guardian, which aids aiming stability and speeds up your strafing while ADS.

Finally, the 45 round mags will enable you to rip through multiple enemies without having the need to reload. In Warzone, this is absolutely essential, as having to break off gunfights to reload is a sure-fire way to die. 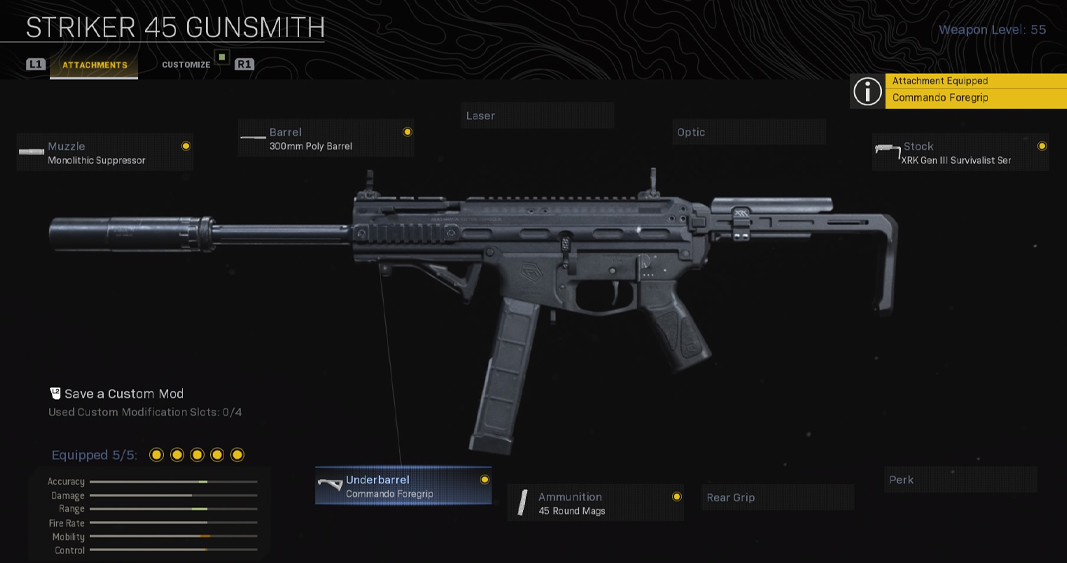 However, we’ve swapped out the 400m Stainless Steel barrel for the lighter 300m Poly Barrel. This still boosts range and aids recoil, but doesn’t slow handling nearly as much. A similar change has been made to the Foregrip, as the Commando still aids recoil stabilization, but doesn’t incur the same handling penalties that the Merc does.

This Striker class is better run with a Grau or M4A1 in your back pocket, while the first can be used alongside a sniper of your choice. Give them both a try, and be sure to tweet us @DexertoIntel with your feedback!