Call of Duty legend Ian ‘Crimsix’ Porter recently split with his long-time teammates in OpTic Gaming and is looking for a new home ahead of the Call of Duty franchising. Fans have been curious about the rifler’s future, but may have finally been given a key clue.

Crimsix is one of the biggest names in CoD and is the game’s winningest player with an astounding 32 Major championship wins.

With such an impressive accolade, it’s no surprise every fan of the game wants to know where he will end up, and things are beginning to point to a possible future in Dallas. 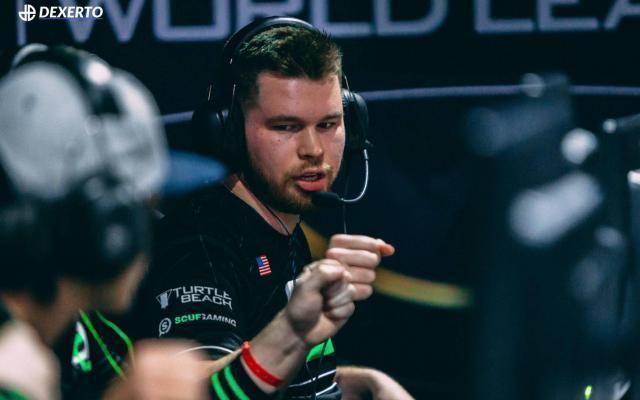 The American’s future has been shrouded in mystery after he announced his departure from OpTic on September 9, but things may have become clearer thanks to a tweet from the player.

“Texas Forever” tweeted Crimsix on October 7, possibly hinting at him staying in Texas, where the now confirmed Dallas franchise is located. He also deleted the tweet not long after the team announced their first signing, raising a few eyebrows as they had similar backgrounds in the images.

If Crimsix does make his way into the Dallas franchise he would be once again joining forces with CoD legend James ‘Clayster’ Eubanks, to form an incredibly scary lineup, even with just two players annouced.

The Dallas franchise is owned by Team Envy, leaving the spot in capable and experiences hands. There’s no doubt that most players would jump at the chance to join and that the team is capable of signing almost any player.

With Clayster already confirmed and Crimsix joining him, this team has the potential to be one of the best in the Call of Duty League.