Activision has announced that a ‘Black Ops Pass’ will be available for Call of Duty: Black Ops 4 which will feature more frequent DLC opportunities over time.

On Monday, June 11th, Activision announced that a ‘Black Ops Pass’ will be offered for the upcoming release of Call of Duty: Black Ops 4 which will redefine the way downloadable content is introduced into the franchise.

While previous Call of Duty titles have typically had multiple ‘content drops’ over the course of the year, the new Black Ops Pass will offer a ‘more frequent cadence’ to keep the game fresh by implementing new maps and content regularly.

The ‘Black Ops Pass’ will include a collection of new content such as multiplayer maps, Zombie Experiences, and ‘Blackout’ Characters, with more information able to be found below. 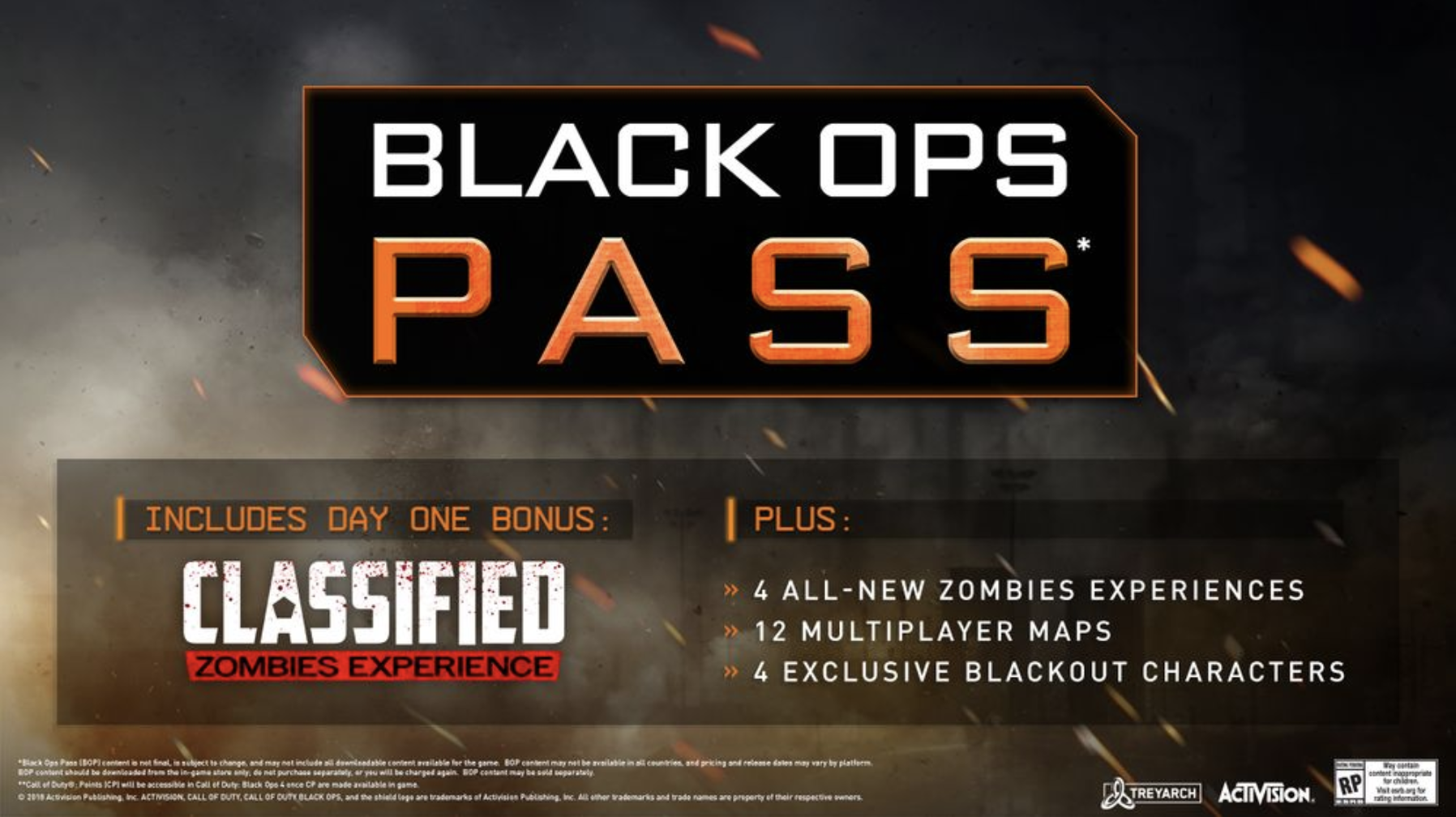 The Black Ops Pass is included in the Digital Deluxe Edition, the Digital Deluxe Enhanced Edition and the Pro Edition, and represents a new approach to post-launch content for Call of Duty: Black Ops 4, including a robust live season for the community. Instead of having four separate content drops, Black Ops 4 fans will experience a more frequent cadence to keep things fresh and deliver new maps and content more regularly throughout the year.

There will be more details soon, but for now here’s a list of what comes in the Black OpsPass, for players who are ready to fully immerse themselves into all three modes of Black Ops 4.

The new Zombies experience, Classified, is in addition to the three new Zombies experiences coming at launch: IX, Voyage of Despair and Blood of the Dead. That means fans who pick up the Black Ops Pass will have four Zombies adventures on launch day, and then four more to sink their teeth into post-launch. Now that’s a lot of Zombies.