Call of Duty Blackout is changing all the time and we think the battle royale mode could get a whole lot better with the addition of these classic weapons.

When you look back at all of the old Call of Duty titles made by Treyarch, there are so many good weapons you would have expected to appear in Blackout which haven’t yet.

There are already some things included in the game which are a nod to yesteryear, with the MP40, Ray Gun and Cymbal Monkeys from the Zombies mode being added, so we thought we would compile our own top ten weapons which should be added to the battle royale mode in the future. 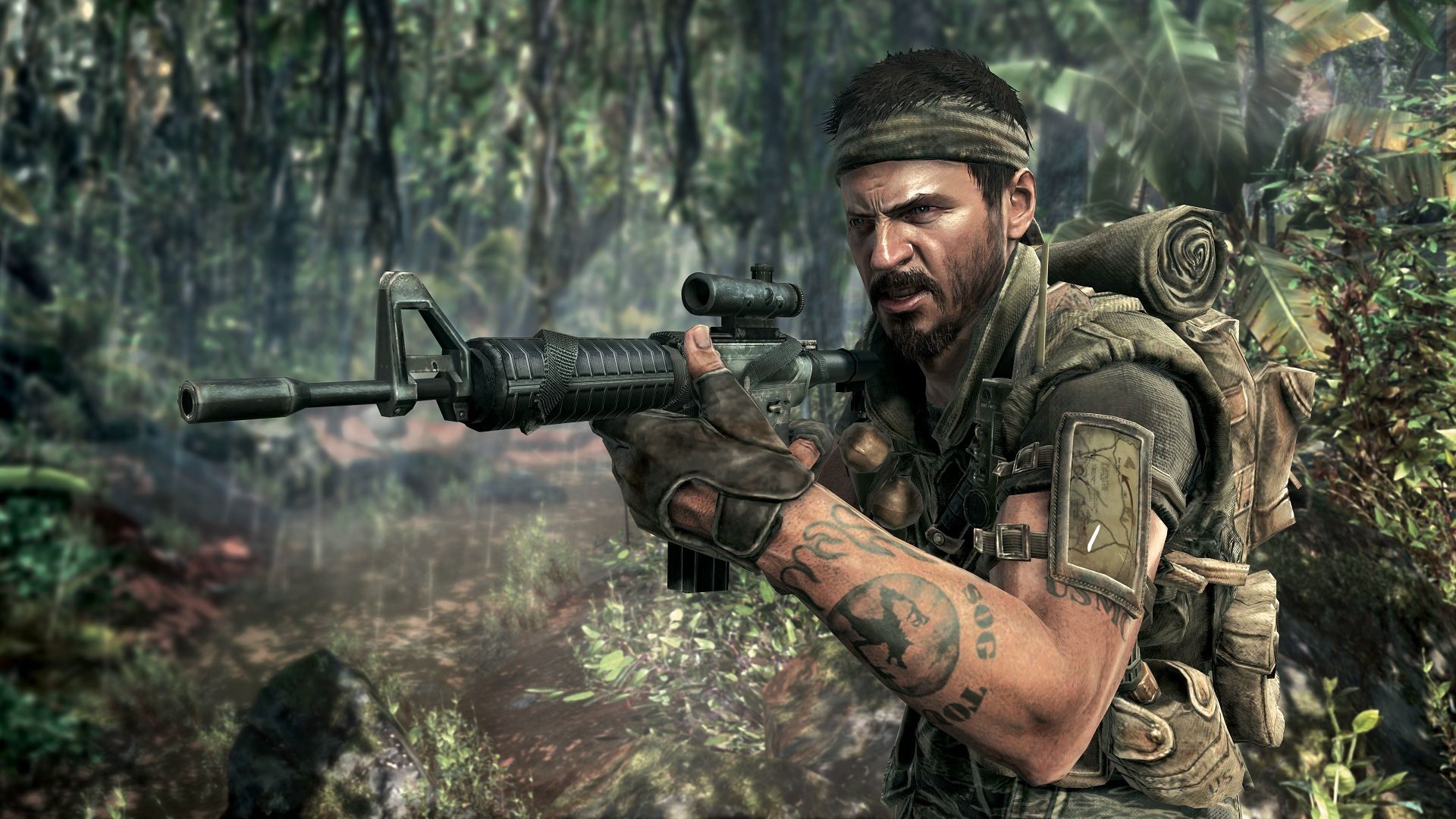 The Commando was one of the most popular assaults rifles on Call of Duty: Black Ops for good reason. It shot well, it looked great with all types of different camos and it was definitely worth waiting for – as you would unlock it at level 44.

It would suit Call of Duty’s new Blackout mode quite well, as it was a solid shooter from both short and medium distances. 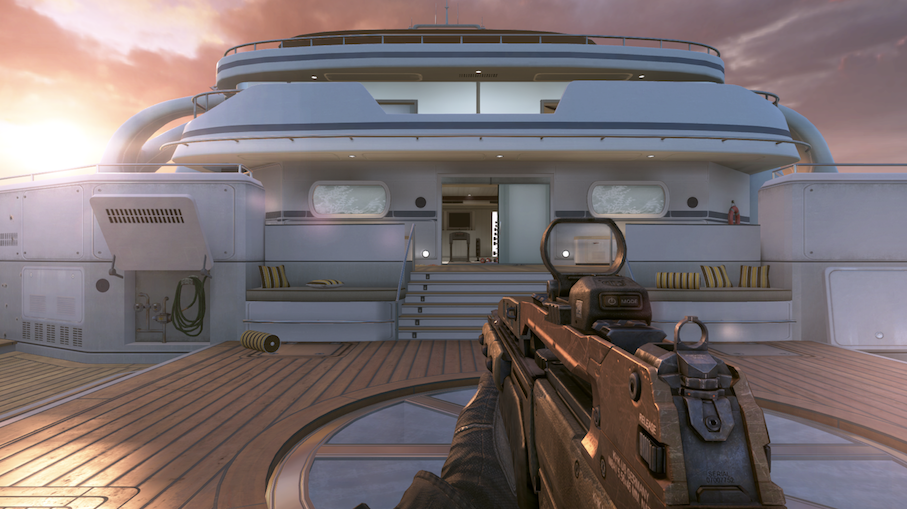 The M8A1 from Call of Duty: Black Ops II was another highly popular assault rifle, but it was a four-round burst weapon. Again, it was a bit of a grind to unlock it at level 49, but there’s no doubt that some people hung around for a while with this gun before choosing to prestige.

With the recent addition of Hijacked on the Blackout map, the yacht map which is pictured above, there’s a chance that many fans might also like to see this powerful weapon re-enter the fray. 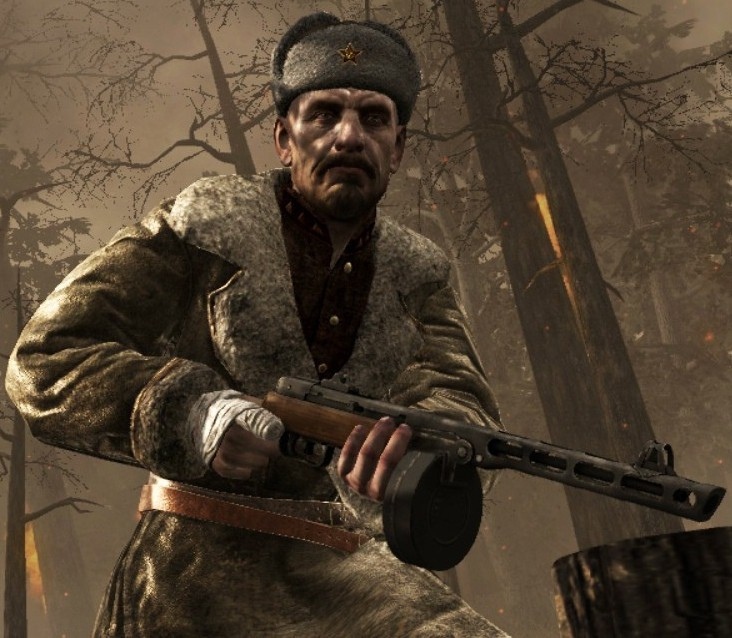 PPSh-41 from Call of Duty: World at War.

In a mode like Blackout where it’s not always close encounters like multiplayer, it could work better in this type of environment. Imagine picking one up when you first drop… It would be game over for any player who is standing in your close vicinity. 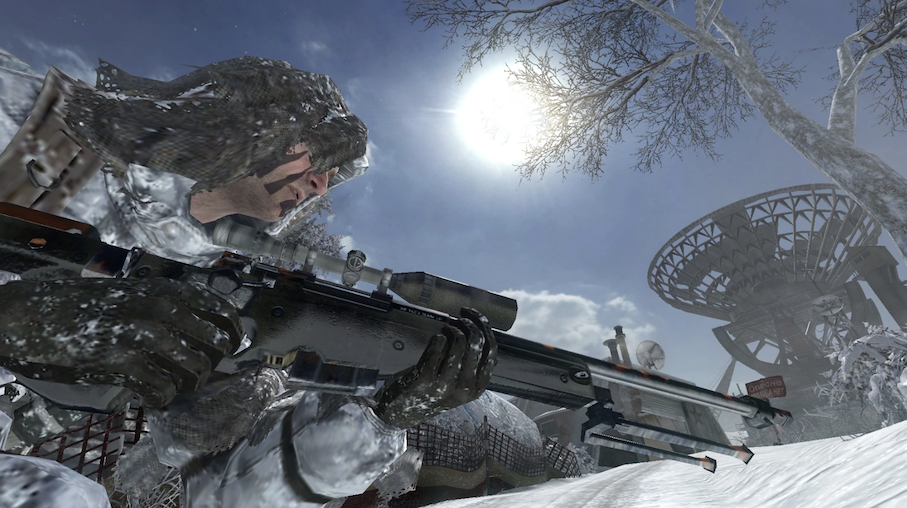 The L96a1 sniper rifle from Call of Duty: Black Ops.

The L96A1 sniper rifle was a fantastic weapon to have in your arsenal when playing the original Black Ops. For what the sniper lacked in speed, it made up for in pure power and would bring value to the arguably limited selection of sniper rifles already on offer right now. 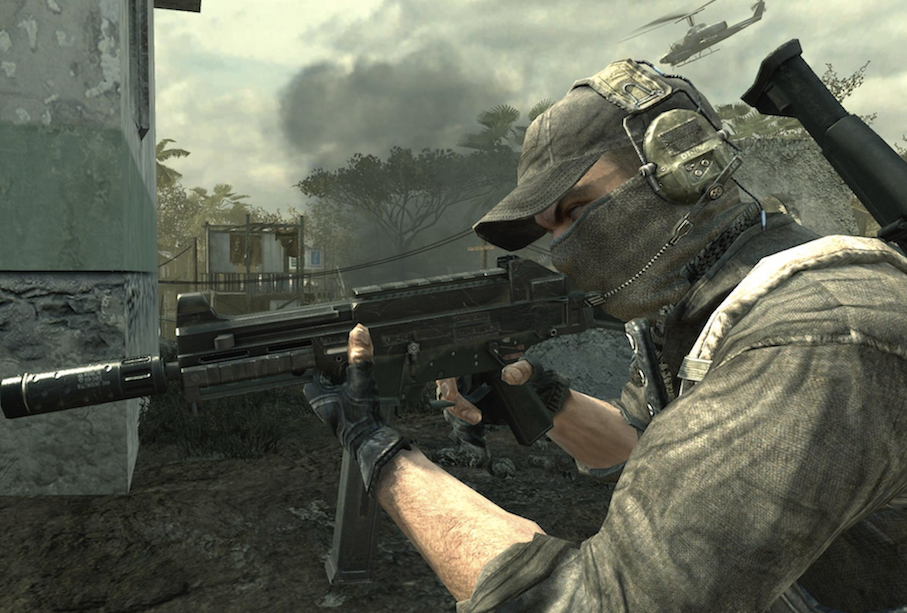 The UMP 45, one of the most devastating submachine guns from the CoD franchise.

The UMP45 was unlocked at level 4 in Call of Duty: Modern Warfare 2 and has since featured in Modern Warfare 3, Infinite Warfare and Ghosts – before it was eventually cut from the latter.

This gun has been an Infinity Ward exclusive so far, but as the past tells us with other popular weapons such as the Famas – which has been a weapon on both IW and Treyarch titles – sometimes different versions can blur the lines.

Without question, it would be an excellent addition to Black Ops 4’s Blackout and would provide players with yet another strong weapon for close quarters combat.

Perhaps it could be argued that subs such as this – and the PPSh-41 – may be too powerful, but having good variety of strong weapons to combat one another is what the game mode thrives on. Sadly, though, this is likely to be a long term staple of this wish list, unless Infinity Ward makes a move. 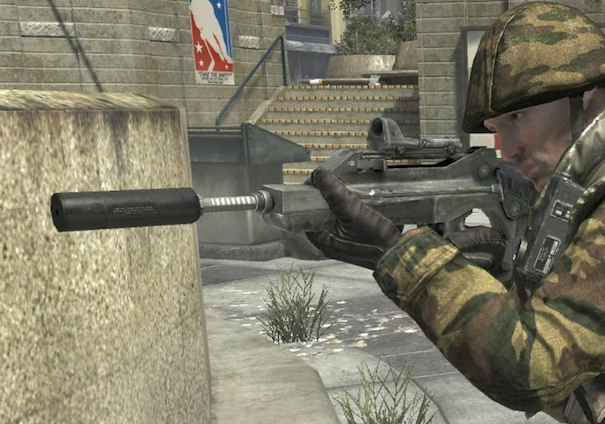 The Famas from Call of Duty: Black Ops.

Speak of the devil.

The fully automatic Famas was one of the strongest guns in the original Black Ops game, with its impeccable fire rate and steady control. It’s actually quite surprising that it hasn’t been included fully into Black Ops 4’s Blackout mode already, but we’d like it to make an appearance at some stage.

Treyarch has already included many different things from other games they’ve developed in the CoD franchise, with maps such as Firing Range, Array and Hijacked all featuring in Blackout at the moment. Now, it’s time that we see a few more weapons from yesteryear and the Famas would be nice to see. 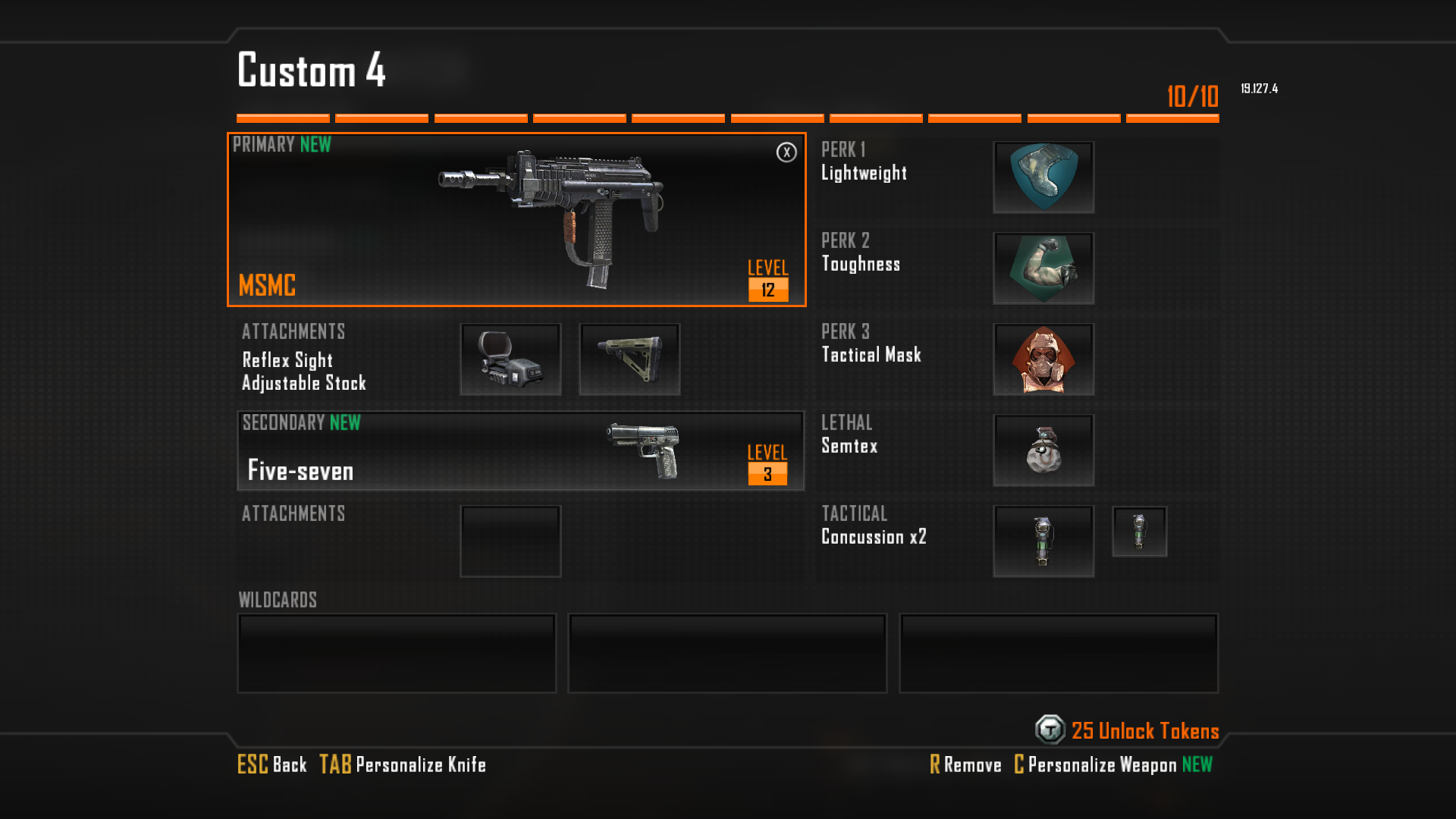 The MSMC was a forced to be reckoned with.

While it could be argued that the MSMC is perhaps too similar to a weapon already featured in Call of Duty Blackout, the Saug 9mm, the impact of the latter is a fantastic advertisement for the return of this powerful Black Ops 2 weapon.

The Saug 9mm is arguably one of the best submachine guns in Black Ops 4 and it has showed no signs of slowing down, since the game was released in October of last year.

So, how about Treyarch throws in another powerful SMG to compete against it – like the MSMC? This weapon was a powerful force in Black Ops 2 and would be again if it made its return. 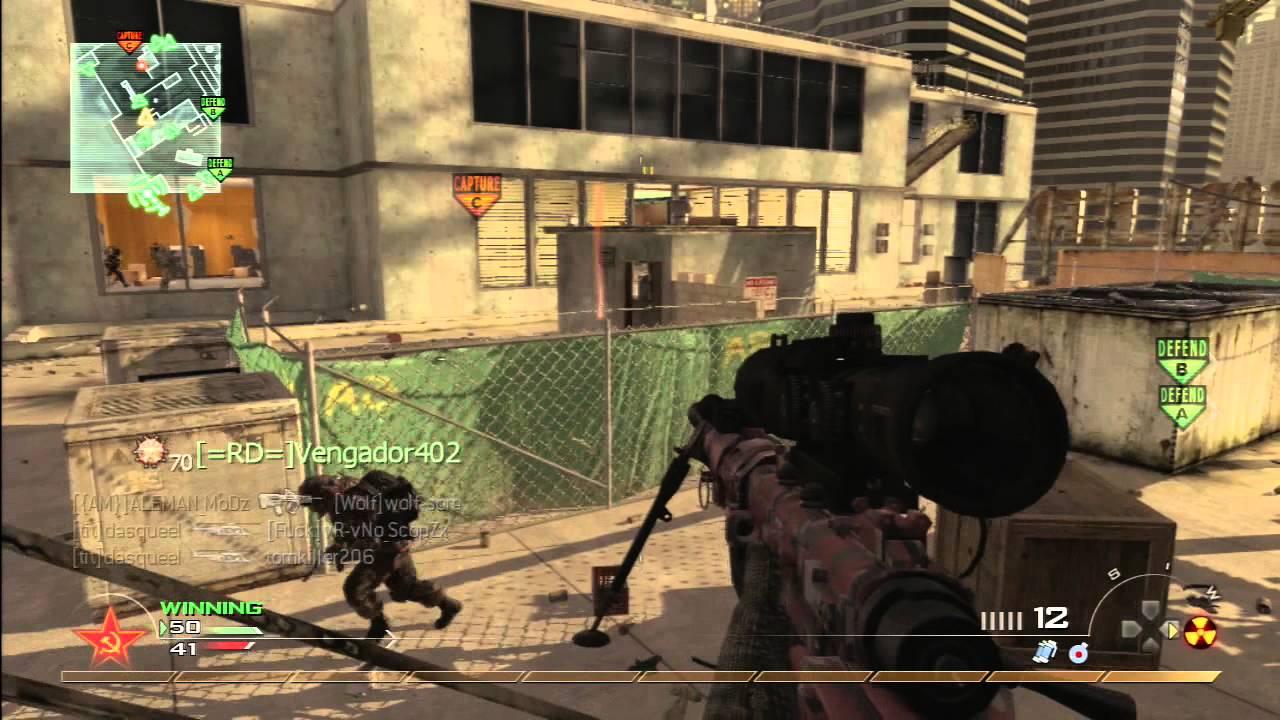 The Intervention, a fan favorite sniper rifle from MW2.

Having already noted the lack of snipers in Blackout, many fans would dare to dream of having an Intervention at their disposal. It was the go-to weapon for quickscopers in MW2, became a fan favorite ever since and will surely make its return in the future.

Now, while that might not be possible in Black Ops 4 as it’s a gun associated with Infinity Ward, it should definitely be top of the list when the developer looks at a potential weapon list for Blackout in the next Modern Warfare game. Well, that’s if rumors about how the mode is here to stay on Call of Duty hold water, so adding this next time around – at least – is a must. 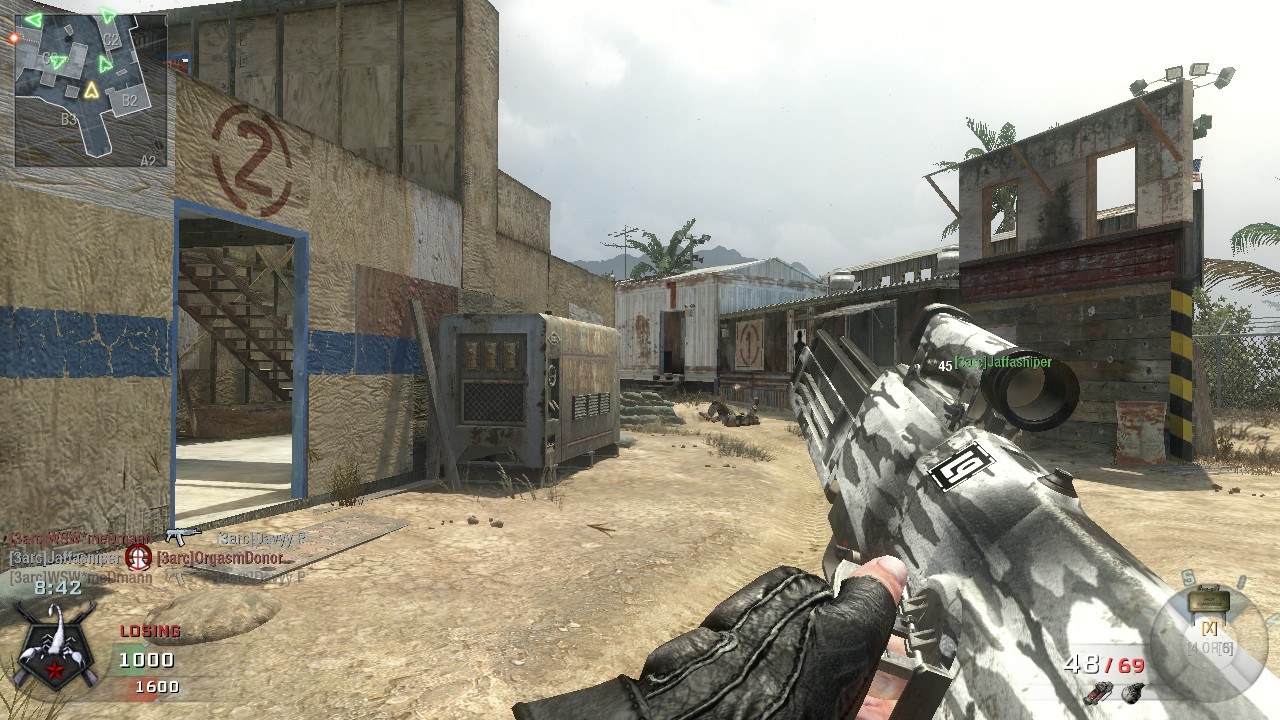 Screengrab of the G11 in action on Black Ops.

Now, this one is a bit of a curveball, but hear us out.

The G11 has only ever featured in one Call of Duty game so far and it was epic grind in order to play with it, as it was unlocked just before you were given the option to prestige in Black Ops 1.

It’s a very different assault rifle to the rest, whether that’s the way it reloads, the size of it or its iron sight. The design was unique but the options, in terms of attachments, were very limited in BO1. The basic choices of a Low Power Scope and a Variable Zoom restricted it unnecessarily. Nevertheless, with all of the customization available in Blackout, as players are encouraged to attach a number of accessories to their guns, this could give it a new lease of life in a battle royale scenario.

There are many ways that Treyarch could introduce the G11. We could see the three-burst version, the fully automatic one used by Clarke in campaign mode or perhaps even as a semi-automatic. Many assault rifles only last one game and are never seen again, but the G11 deserves another chance to shine!

The Thundergun from Call of Duty: Black Ops, Zombies mode.

Last, but not least, (maybe least actually) is the Thundergun. We have seen how this weapon can wreak havoc over the years in Call of Duty Zombies mode and it would be quite interesting to see if it’s presence in Blackout would be as polarizing as Fortnite’s overpowered Infinity Sword.

Perhaps, if it was included, there should only be a scarce selection of them. May even only just one. Nevertheless, we already have the Ray Gun Mark 2, so what could possibly go wrong by adding a bit of thunder to the equation as well?