A user on the Apex Legends subreddit posted a video of his team discovering a sniper’s perch up on a cliffside on World’s Edge, right outside of Capitol City – and just under the height cutoff for a playable, in-game area.

A cunning competitor never reveals their deadliest strategies and secrets, but a chaotic one tells everyone about them.

An Apex Legends player has shared a dangerous and diabolical sniping perch to the game’s community on reddit, and it’s a spot that requires both precision to reach and no qualms about heights to attain.

New INSANE Tower sniper spot! How soon will this get patched? ? from apexlegends

The spot in question is just to the south of Capitol City, in the opening between the city and the Fuel Depot. It’s marked below on the map, so you can use the spot yourself, or make a mental note to check it if you pass through. 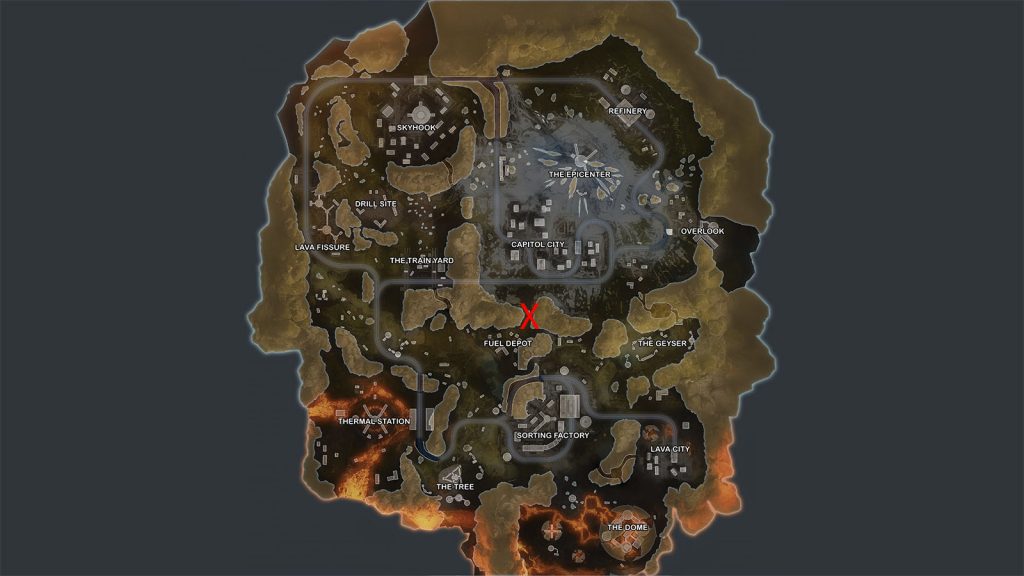 To reach the spot, as demonstrated by the players when they found it, players should ride the zipline that goes directly up and aim towards the grassy ledge as soon as they come off the top.

To stay up there is tricky, however, as you’re just centimeters below the height limit for the map. If you sit on the part that’s furthest from the edge that is slightly raised, you’re considered out of bounds. There is also limited cover, as other players pointed out in the comments of the reddit posts.

However, the spot does have a unique advantage regarding how much area you can scout while up there.

Even if you’re stuck on the ledge because of the height restriction, you can still get great views on players in Capitol City, in the Fuel Depot, and in the Overlook.

Take the high ground, take the status of Champion

Other users questioned whether or not the spot is considered “abusive,” and something that Respawn would consider removing in a future patch. Given how little cover is allowed, it could potentially remain in the game.

If it were to be removed, it likely wouldn’t happen until the spot caused undesirable ramifications on pro competitive event – much like the infamous “olofboost” incident from Counter-Strike years ago, which resulted in Fnatic opting to forfeit from a tournament after using a glitched sniper boost on the Overpass map.

If you decide to use the spot to your advantage, happy hunting – but be mindful to watch your step, and pray you don’t have to deal with a talented sniper that can knock you clean off your perch.