Developers Respawn Entertainment have dropped a major hint on what could be the Ultimate Ability of the yet-to-be-announced Crypto Legend, who some believe will be added to Apex Legends in the upcoming second season.

The highly anticipated Season 2 of Apex Legends has already been confirmed to include a flurry of new content, including the brand new Legend Wattson.

However, many players believe that a second Legend, Crypto, could also make his debut in the next season, despite the fact that the developers haven’t even formally acknowledged his existence.

Further fueling this speculation was a brief moment in the launch trailer for Apex Legends Season 2 – Battle Charge, an animated mini-movie that featured all of the Legends bracing for the changes coming in the new Season.

The trailer included a close-up of one character, whose face was not shown on screen, working on some sort of laptop, a shot that lasted merely a couple of seconds. 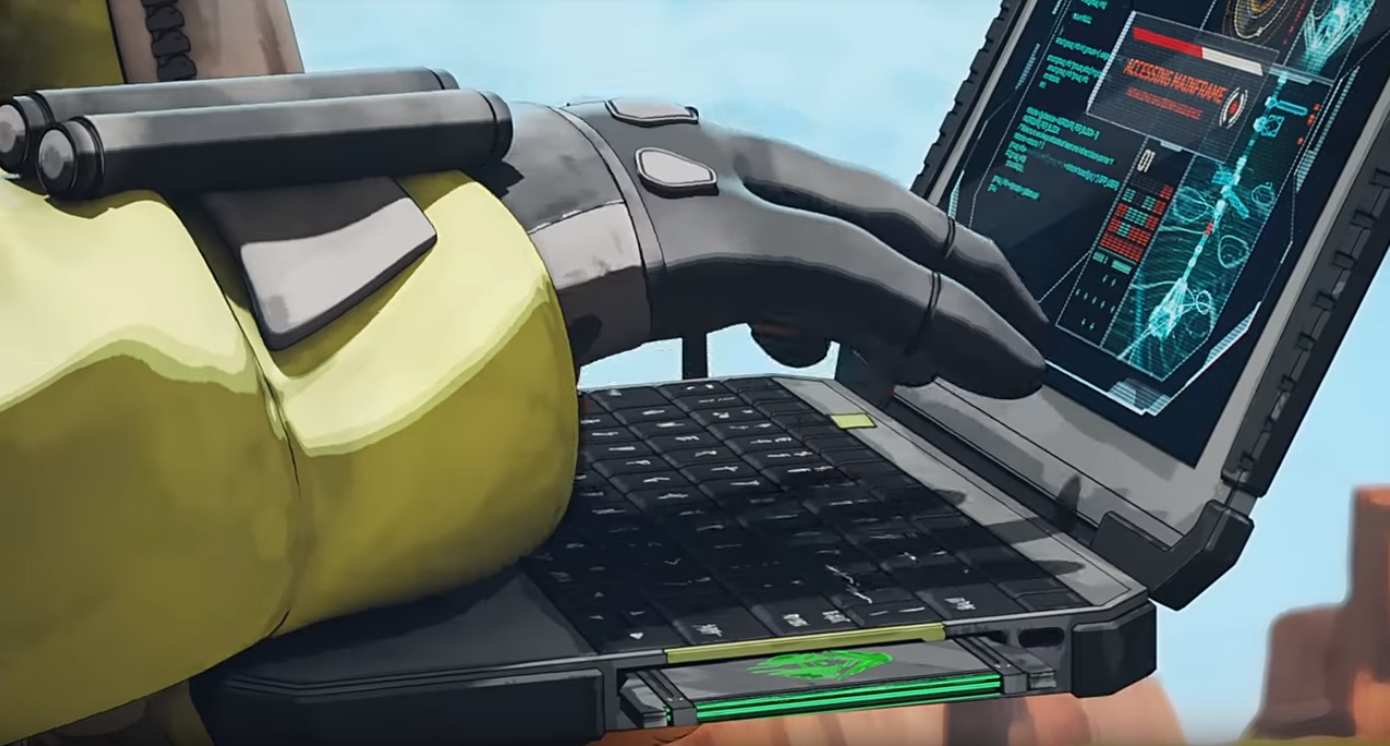 The hidden figure shown in the Apex Legends Season 2 trailer was undoubtedly Crypto.

There are currently no Legends in the game that use a laptop as one of their abilities, and considering that the trailer took several sections to show that from up-close does signify its importance.

Various leaked game files have indicated that Crypto uses a laptop to operate, which removes virtually all doubt that the figure shown in the clip was indeed the unreleased Legend.

Despite not even being announced yet by Respawn, players seem to think Crypto will make his debut during Season 2.

However, that’s not all that may have been revealed. Another shot of Crypto actually showed what he was working on, and it may end up being a huge clue left there by Respawn

The laptop screen includes the words ‘ACTIVATE EMP’ with a strange logo above it, which many are thinking will be the name and insignia of his Ultimate Ability. 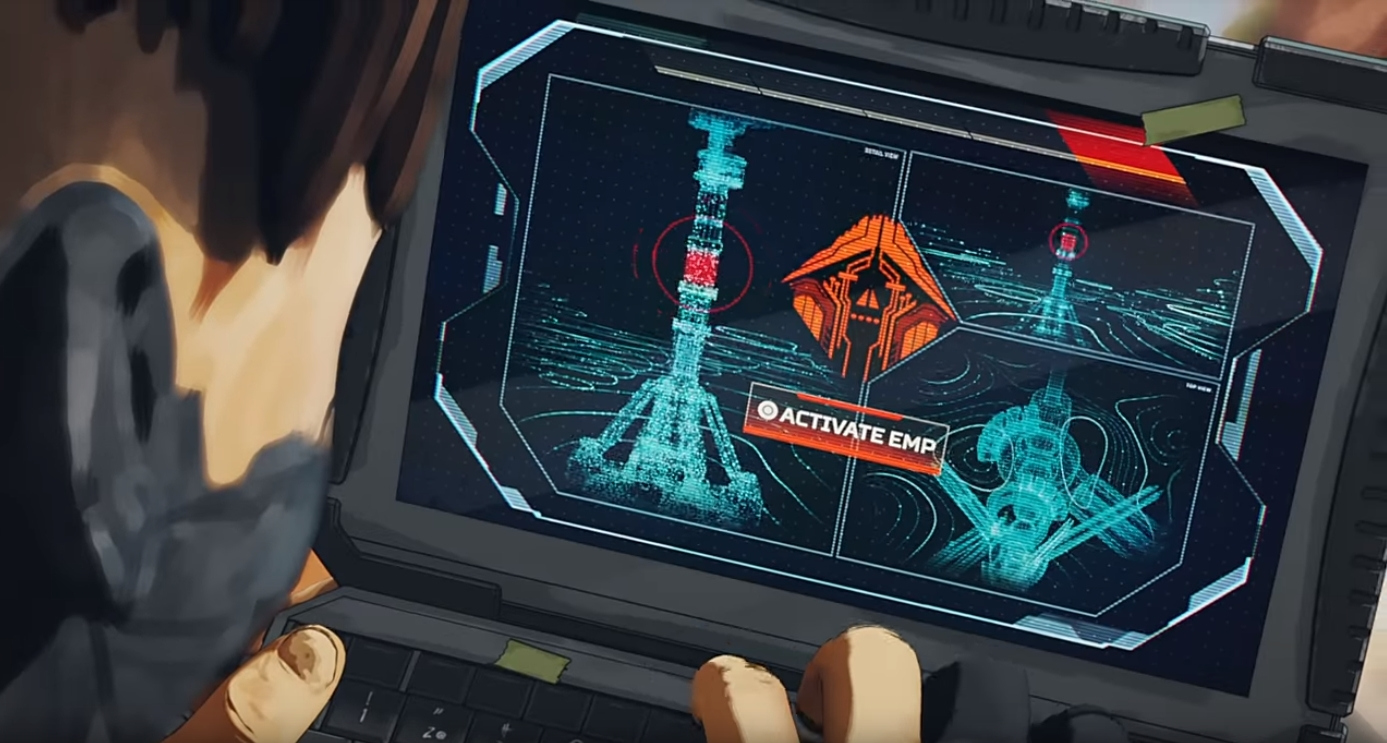 Could this be Crypto’s Ultimate Ability?

If that does turn out to be his Ult, it would make a lot of sense, considering that an EMP would be able to shut down enemy players from being able to use their abilities, at least for a little while.

While some have already argued that having a counter to other Legends goes against what Respawn have said in the past, others have brought up examples of how the developers have transgressed on that pledge before, such as making Wattson’s Ult counter that of Gibraltar and Bangalore, or Mirage’s ability to turn invisible act as a counter to Caustic’s traps.

When does Apex Legends Season 2 launch?

The second season of Apex Legends, called Battle Charge is set to release on July 2, 2019, featuring a revamped Battle Pass, the new Legend Wattson, the long-awaited L-STAR weapon, and more.