Respawn Entertainment have released new details about the Sentinel Sniper Rifle, the new weapon that will be making its debut in Apex Legends Season 4: Assimilation.

With Apex Legends Season 4 just days away, Respawn continue to build the hype by releasing more information and teasers about what’s to come.

As has been the case with the first three seasons, Assimilation will introduce a brand new weapon into the battle royale, a bolt-action sniper rifle called Sentinel. 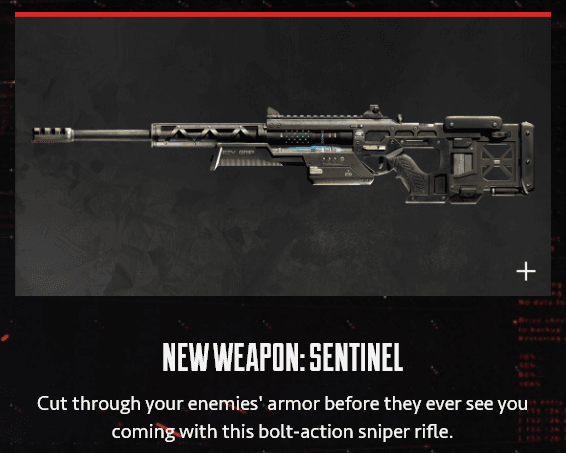 The Sentinel sniper rifle will be the newest weapon in Apex Legends come Season 4.

A special PlayStation Blog post released on January 30 shed some light about this new gun, how it will function, and even its special ability.

The sniper is being called “fast, accurate, and surgical,” letting you “remove enemies from the battlefield with cold-blooded accuracy.” It’s apparently ideal for “medium-to-long-range combat,” which should be good news for players since that means it’ll be viable for more than just picking off enemies at long ranges.

The blog post also made a point to note that the Sentinel “is particularly devastating to shields,” so it could have armor-piercing properties that deal damage even if someone has a high-tier Body Shield equipped. 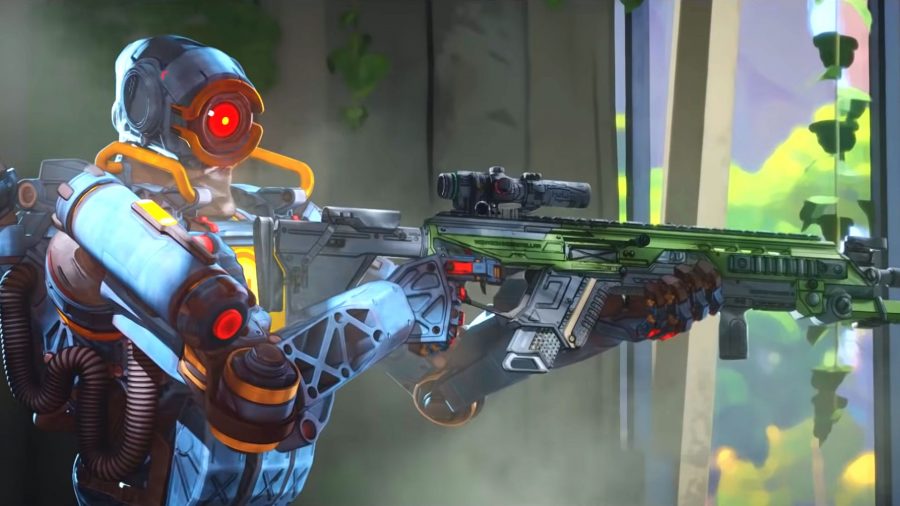 The Sentinel will be the sixth sniper rifle in Apex Legends, and the second one added post-launch (Charge Rifle).

Easily the most interesting part about the blog post’s description of the new Sentinel sniper rifle is that it’s going to have some sort of unique ability.

“Consume a Shield Battery from your inventory to charge your shots for an extra, incisive punch,” the description reads. “By the time your opponents figure out where you are, it will be too late.”

So, basically, the sniper can be charged up for an even more powerful shot if you activate a Shield Battery while using it, which is a very interesting function that’s never been seen before in the game. Consuming a Shield Battery while using the Sentinel sniper will charge up your weapon for a much more powerful shot.

What else is new for Season 4?

This Sentinel sniper rifle is, of course, only one of several new things and changes that will be introduced in Season 4: Assimilation.

As usual, there will be a new Legend added, which will apparently be Revenant and not Forge, contrary to what had been announced several days prior. That said, there’s a chance Respawn could end up adding both characters in; we’ll just have to wait and see.

There will also be a new Battle Pass, Ranked Series 3, and “big map changes” coming to World’s Edge, having to do with the Hammond Robotics corporation that seems to be at the center of everything going on with Apex lore.