Apex Legends Season 4: Assimilation is expected to introduce some major changes to the World’s Edge map, some of which have already been hinted at with in-game teasers.

The announcement confirmed that the previously-leaked Forge character as the new Legend, the Sentinel sniper rifle as the new weapon, and several other noteworthy things that fans can expect.

Respawn will use the opportunity of the new season’s launch to make changes to World’s Edge, both to keep the map fresh and prevent it from growing stale in the coming months.

“We’ll have big map changes coming to World’s Edge,” revealed Design Director Jason McCord, “So much of the way we did Kings Canyon update in Season 2, where we changed a big portion of the map. We’ll do something like that for World’s Edge.” Apex Legends Season 4: Assimilation will be packed with a lot of new content and changes.

While Season 4 is still over a week away, Respawn have already dropped a couple of teasers and hints about what changes may be coming to the Apex Legends map.

For one, several signs have popped up at various areas warning that the surrounding locations are future worksites where construction will take place. The signs all display the logo of Hammond Robotics, a fictional company that originated in Respawn’s Titanfall series.

Hammond Robotics also happens to be the corporate sponsor of Forge, the new Legend. In fact, the company actually has a working website that anyone can visit to find out more information (even though all of it is purely fictional).

It looks like the company will be heavily involved with the construction of new sites, so expect there to be a few new structures wherever the signs are planted. This makes sense, seeing as how Jason McCord said, “Hammond might have something to do with it.”

Hammond Robotics construction signs have popped up on the World’s Edge map.

While those construction signs are the only in-game teasers for now, fans were quick to pick up some hints from the Devstream, as well.

An image of World’s Edge shown during the Ranked Series 3 portion of the reveal appeared to show Capitol City with some new buildings where the open plaza is currently located.

The January 23 Apex Legends Devstream hinted at some new buildings coming to Capitol City in Season 4.

Another image taken from the stream showed a new tower that Reddit user ‘Senboni‘ figured out would be located immediately west of Fuel Depot, in an area that is currently empty. 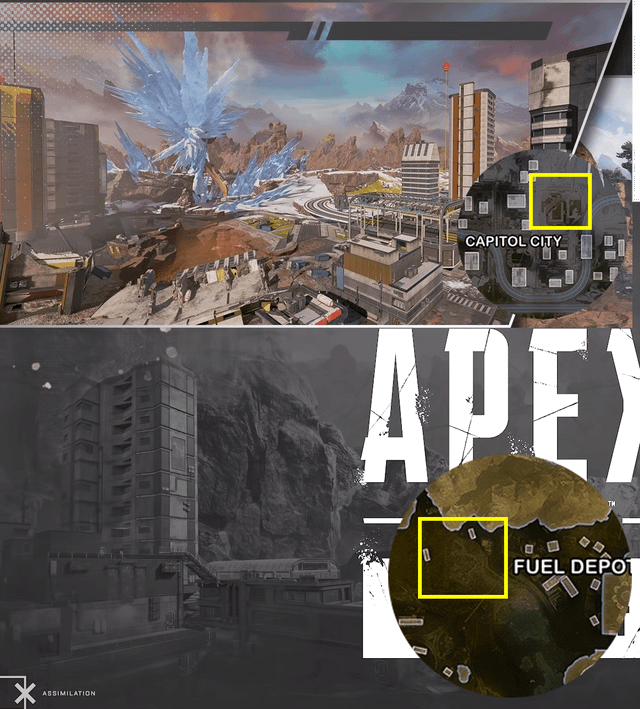 Other map changes to expect for Season 4

Ultimately, there’s no way of knowing exactly what changes will be made to the game and how massive they will be. McCord mentioning Kings Canyon during the Devstream creates an important reference, because the original map was tweaked considerably between Seasons 1 and 2.

There were several new locations added, structures built in previously-empty areas, and even a couple of the larger water-dwelling creatures from the first season were pushed directly onto the island.

If this upcoming update comes close to how much Kings Canyon was changed at the start of Season 2, then World’s Edge could end up looking quite different very soon.

Season 4 is scheduled to launch on Tuesday, February 4, 2020, which means Respawn still have plenty of time to drop more hints, clues, and in-game teasers about what changes will be made.