Apex Legends players have discovered a frustrating new bug with Bloodhound’s passive ability Tracker, complaining that it no longers shows the exact time that an opponent’s footsteps appeared.

Abilities are a major reason why Apex Legends is different from other battle royale titles, as players select their characters before the match starts, with each Legend offering different abilities to give you an upper hand over opponents depending on your playstyle.

For those hoping to hunt down enemies, Bloodhound is the perfect character to stalk your opposition, with his Tracker ability allowing players to see the footsteps of opponents up to 90 seconds after they were placed, and even showing how long ago they were there. 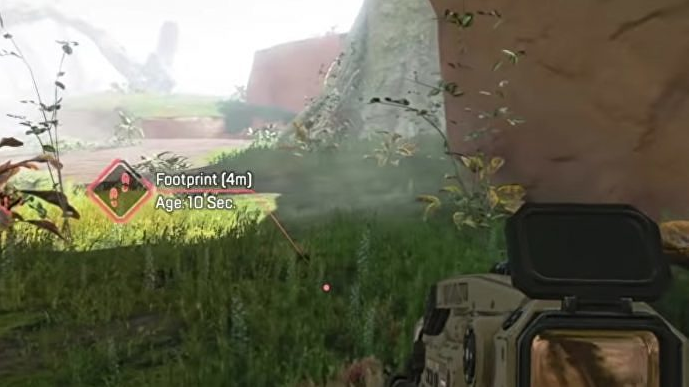 Bloodhound’s Tracker ability is supposed to show the exact time the footprints have been there for.
[ad name=”article2″]

Knowing exactly how long ago a player was there can be extremely useful as you plan your next move, but since the release of the Apex Legends Season 3 update, some have complained that they are no longer able to see the timer, making it difficult to estimate the time at which the footsteps appeared.

Unsurprisingly, this issue has not been a popular one among fans of the battle royale game, with one user asking when Respawn will fix the “frustrating” bug, with the fact that it wasn’t included in the patch notes hinting that this is an unintentional change.

When will Respawn fix Bloodhound’s passive ability? from r/apexlegends

Reddit user Cowboy_Wally has also noticed the problem, calling it “annoying” that the timer no longer shows the exact time, and explaining that they now have to take a “wild guess” as to when the opponent was there.

While the timer has disappeared, there is a way to estimate the length of time between the footsteps appearing and you finding them, with lolschrauber explaining that the ring around the timer will slowly disappear as time goes on, with the full circle meaning that it is fresh, and a half-circle revealing that they were there around 30-45 seconds ago.

While many Apex Legends players appear to be suffering from this issue, developers Respawn Entertainment have yet to address it, leaving fans concerned that a fix may be some way off.

In fact, the bug hasn’t even been added to the Apex Legends Development Tracker, which means Respawn have yet to investigate it, never mind create a fix to be included in a future patch.