Apex Legends players have discovered an Easter Egg in-game that isn’t quite like the others.

It wasn’t long after the release of Apex Legends on February 4 that players found the first of the game’s Easter Eggs – little “Nessy” statues dotted around the map.

These Nessies are a continuation of a long-running series of Respawn Entertainment Easter Eggs, having also been found in both Titanfall games. In Apex, if you find all 10 of them in King’s Canyon you’ll even trigger a secret Easter Egg that sees a giant Nessy appear in the water at  the edge of the map.

The Nessies aren’t the only Easter Eggs in the game, however, and one has a distinctly more somber origin than Respawn’s running joke.

In a corner of Market, located right in the heart of the map, there’s a little figurine of a black dog sitting atop a cushion. Ahead of it, there’s a photo of a couple, and behind a picture of the real dog to whom it’s a tribute. 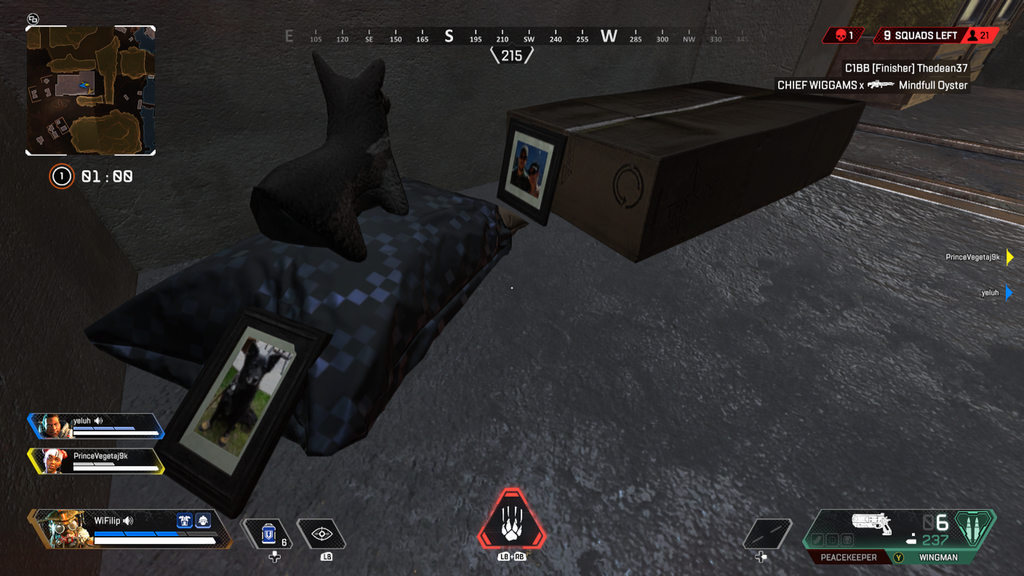 The couple are Jason McCord, Lead Level Designer at Respawn Entertainment, and his wife, and the dog is theirs, named Shadie. After players discovered the shrine, McCord revealed that Shadie had passed away during the development of Apex Legends.

Shadie was our best friend, and so I wanted her to live on in this little corner of the map.
It legit makes me feel better to visit this area sometimes.
Thanks for reading!

In tribute to his best friend, McCord had her immortalized in Apex. Shadie will be forever sat with her owners, tucked away in a little corner of what has quickly become one of the most popular games in the world.