The Apex Legends community is up in arms over the use of skill-based matchmaking (SBMM) in Respawn’s popular battle royale game, with many claiming it is ruining their experience.

SBMM is a controversial topic in a number of games currently, not least in the latest Call of Duty title, Modern Warfare, and in rival battle royale Fortnite.

The use of matchmaking algorithms to match players of similar skill levels, play-styles or other, often secretive methods, is generally unpopular with users of multiplayer games, but developers are implementing it nonetheless.

In November, Eric Hewitt, Senior Systems Designer at Respawn Entertainment, confirmed that a SBMM system had been in place in Apex Legends since approximately Season 2.

This is also when a Ranked Mode was added to the game, and some players have questioned why the skill-based matchmaking system wasn’t left exclusively in ranked, and regular matches left to be purely connection-based.

Although Hewitt didn’t go into exact details of how the algorithm works, he said that it benefits up to 90% of the playerbase, but did admit that it might “need some tuning”.

This explanation has done little to quell the anger in the community though. The game’s official subreddit has been flooded with posts complaining about SBMM, with moderators having to create ‘megathreads’ to streamline the discussion.

Pro player Ace recently ranted about SBMM too, calling the developers “f**king stupid” suggesting they are trying to ruin their game as fast as they can.

So, what’s the big deal? There are two primary complaints when it comes to SBMM in any video game, and the same applies for Apex Legends.

Firstly, higher-skill players (typically those who play the most and are most ‘dedicated’ to game) believe that they suffer the most – essentially being punished for being good at the game. This is because higher-skill players will more often be matched with other high-skill players, meaning every game can become a difficult match if you want to win.

Some argue that these players simply want to have easy matches against lesser opponents, but balance is key, and a mix of tough and not-so-tough opponents is probably the ideal scenario. 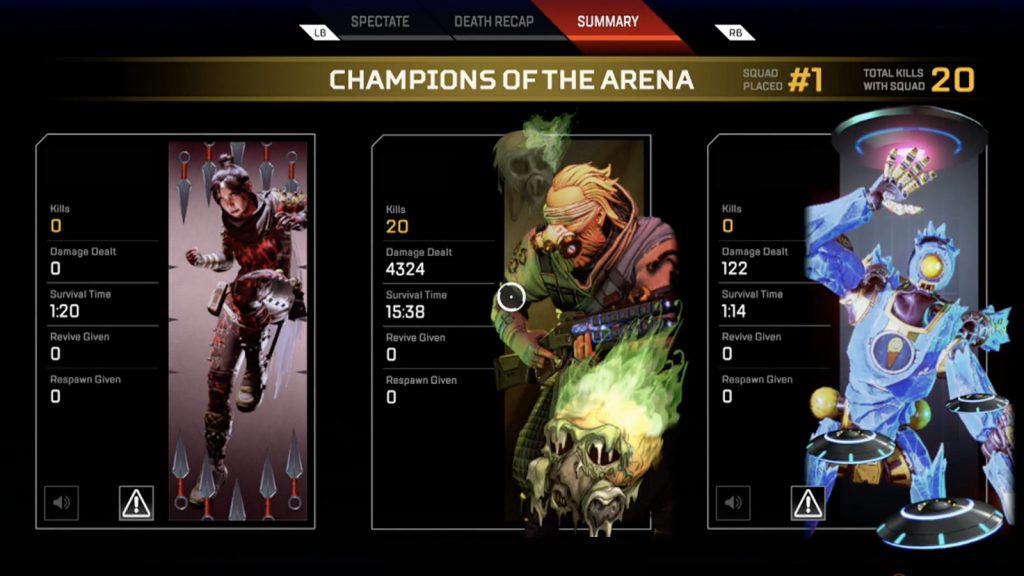 Good players feel like they get punished by SBMM in Apex Legends.

The second complaint with SBMM affects all players, not just those of a higher-skill. If matchmaking is more concerned with matching players based on their skill, or any other gameplay factor, it will almost undoubtedly come at the cost of connection.

When connection based matchmaking is given full priority, players are simply matched alongside players close to them, where they will experience the least latency. Connection is still a major factor in Apex Legends’ matchmaking system, but since SBMM has been confirmed, it is not far-fetched to assume it could result in worse connections occasionally.

There are other problems with SBMM too, such as ‘reverse boosting’ – where a player will deliberately play badly and accrue terrible stats to trick the game into giving them a worse skill rating. Then, they can abuse this to play against much worse opponents.

So far, Respawn have remained fairly tight-lipped over the controversy, and it’s unlikely they ever remove SBMM entirely, although tuning it will certainly be welcomed among the community.