Apex Legends: How to easily climb skyscrapers in World’s Edge

Apex Legends players are figuring out how to maneuver their way around the Season 3 map, and they’re finding clues hidden in plain sight to help them.

Respawn Entertainment completely changed the scenery for the anticipated release of their new season – taking players to the chaotic planet of Talos with the mysterious newcomer Crypto finally added to the game’s roster.

World’s Edge features huge buildings, especially in Capitol City, where it looks like Pathfinder would be the only viable Legend to use for quick accessibility up the enormous structures. 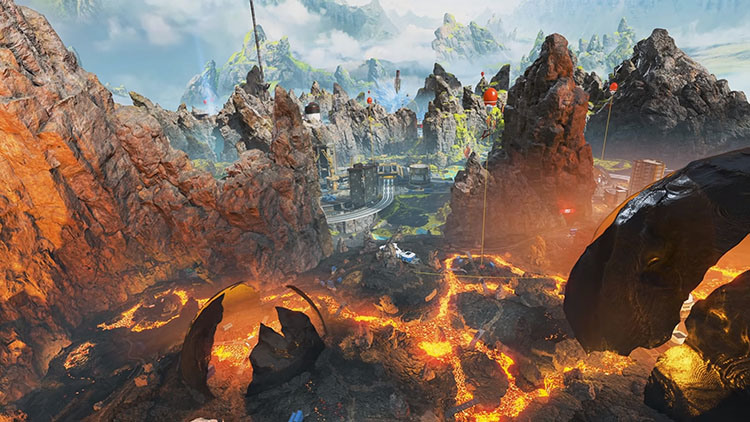 The Season 3 map has a lot of mobility elements built right into its architecture.

In a Reddit post, user ‘DarthNareik’ noticed that some buildings have a useful bit of architecture down their sides which could be a godsend for players needing to find their way up one of the looming buildings.

The clip shows the user’s team scaling the building using the various levels of metal bars poking out from the side of the building. It’s a convenient element placement since players can simply hold “Jump” to start the climb.

After each climb, there’s just enough room for a Legend to stand on in order to repeat the process up to the next level.

Choosing to scale a building like this leaves players completely exposed to other people in the server, but it does have its advantages.

“The zipline inside makes so much noise I was always scared to push on top,” one person said. “This is a game changer for me, I died way too much in this building.”

incase you didnt know about climbing in capitol from r/apexlegends

Although this doesn’t just apply to this particular building in the game as other players noted that some buildings have similar climbable steps to their exterior.

“The other building (to the left in the video, the one attached by a world-spawn zipline) has a similar set of climbable metal bits on the same side of the building, but they are cubes rather than triangles,” another person said.

Apex Legends players have noticed that buildings in World’s Edge are more climbable than a lot of the flat-sided structures seen throughout Kings Canyon.

It seems like the Apex devs opened up the mobility of the game with their new map – all it takes is a bit of creativity from players to find these little tricks.