Apex Legends fans are a notoriously suspicious lot, dissecting every new asset that’s coming to the game for hints about upcoming content. This time, a new loading screen message has fans on alert for Season 4 hints.

The new hint comes in the form of a loading screen within Apex Legends and one that depicts Skyhook Tower in some sort of peril. This led Reddit detectives to immediately jump to conclusions.

“If this is real, bye-bye skyhook tower,” u/ProyalMC said. “Crypto’s ready for it to go. Map updates make me think there’s this next season and then there’s the even next season, then Kings Canyon back?”

The return of the original game map has long been hinted at by Apex Legends developers, even as the popularity of the new World’s Edge map continues to grow throughout Season 3. However, many have expected that this won’t happen until the new season launches, which has yet to be announced by EA and Respawn.

However, a game designer from Respawn going by the name SpamminBandies thinks fans may be jumping the shark with this one. 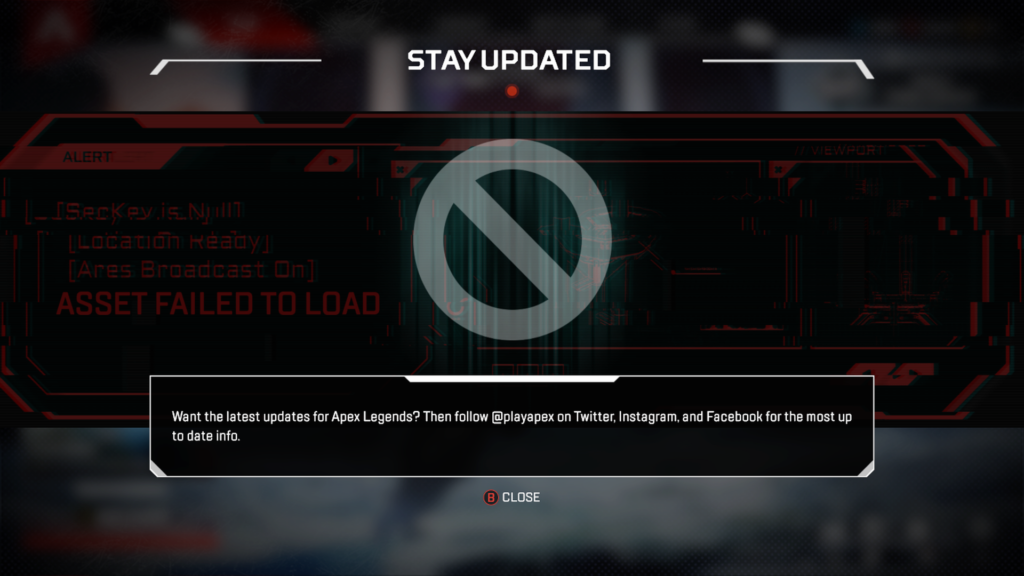 This is the image that started the speculation in the first place.

“It’s the new fallback image for if something failed to load,” he said on the Apex Legends subreddit.

Despite the message, fans were quick to disagree, and even think he was hiding something important.

“I see through the lies of the Jedi,” one Reddit user said in response. “There’s more than meets the eye.”

Many other users agreed and thought that this new image was an easter egg of some kind. Whether this screen turns out to be a teaser for the upcoming new season or not remains to be seen.

The existence of Revenant as the next Legend in Apex Legends was leaked months ago, including supposedly his full lore and set of abilities at the time. Of course, EA and Respawn have yet to officially confirm the character is coming to the game, but he has been spotted in-game as the character behind the Shadowfall LTM.