The Season 5 launch trailer for Apex Legends appeared to show the hot-drop location, Skull town, being totally wiped out from the Kings Canyon map. Now, a writer for the game has hinted that there is more than meets the eye with upcoming changes.

Season 5 is just around the corner, starting on May 12, with the main attraction being Loba. Putting her revenge mission against Revenant to one side for now, she’ll be the newest legend in the Apex Games.

But, the trailer showed Skull Town being swallowed up too, something that has split the community, as players are sad to see an iconic location meet its demise. 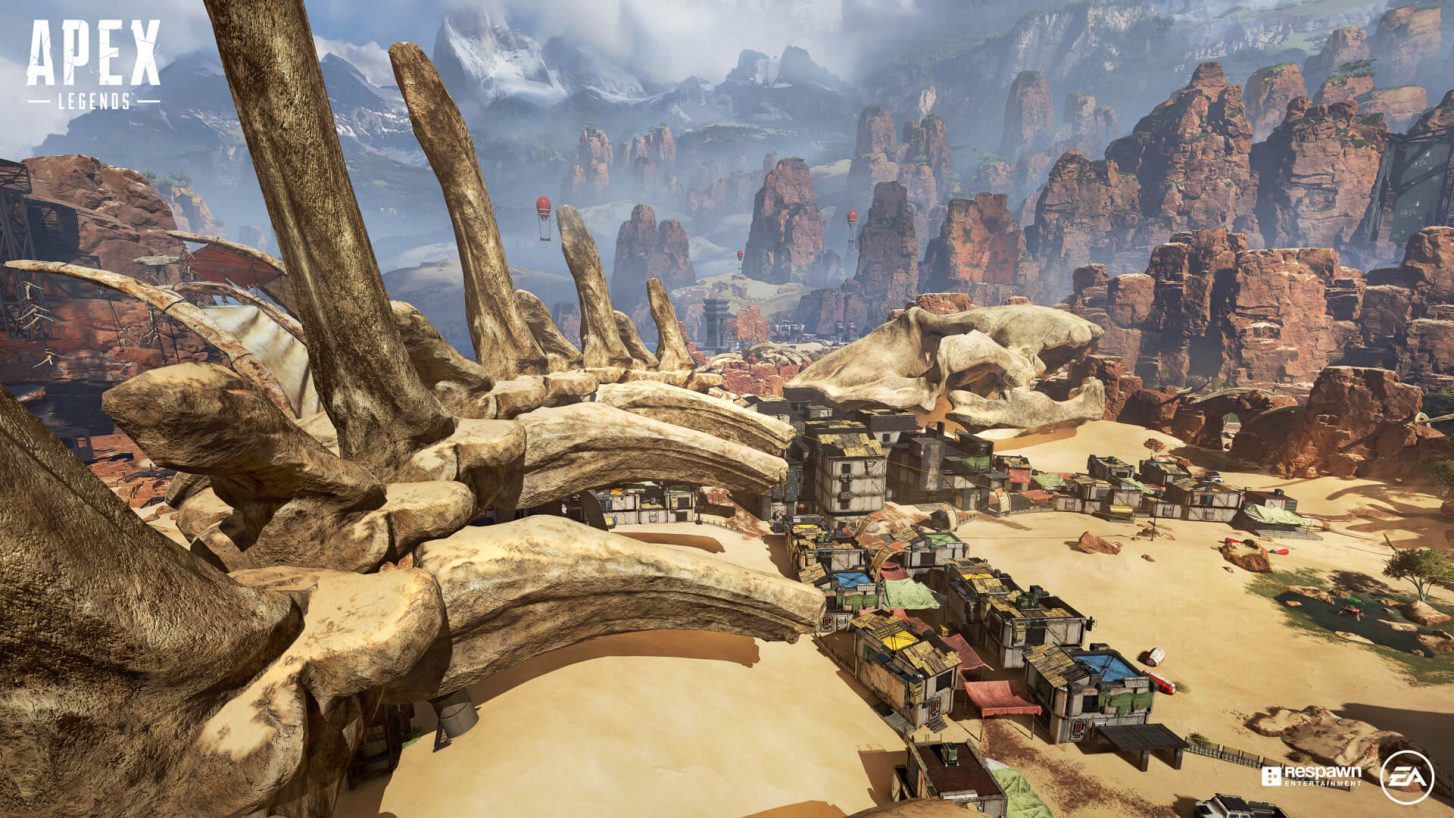 No more wildlife on Kings Canyon?

There could be more map changes coming too though, as writer Tom Casiello has explained how the island has been “stabilized” for the legends to return.

In response to a fan asking “is there an explanation why the legends returned to KC?”, Casiello gave an interesting response, which could have ramifications for other aspects of the map.

“We already returned to Kings Canyon in Season 4,” he started, “so one could assume the reconstruction needed to stabilize the land after the fall of the repulsor tower was completed, and the arena was cleared for combat again.”

We already returned to Kings Canyon in Season 4, so one could assume the reconstruction needed to stabilize the land after the fall of the repulsor tower was completed, and the arena was cleared for combat again. https://t.co/GhYyir41EY

If you’re not totally caught up on the lore, the repulsor tower is what Crypto destroyed at the start of Season 2, and allowed the Leviathans and Flyers to take over the map.

This eventually pushed the legends away to World’s Edge, but it looks like Kings Canyon will be making an ‘official’ return for Season 5. It was already added back into rotation in Season 4 of course.

The repulsor tower being destroyed in the Season 2 launch trailer.

With the repulsor tower now apparently back in action, it looks like Leviathans and Flyers should be pushed away again, possibly making room for more map changes to commence.

One player noticed though, that Casiello didn’t specify that there was a new repulsor tower, meaning there might be a new system to repel the wildlife. “Maybe we will get smaller repulsors around the map and the leviathans move to a different spot so we can still see flyers in more “wild” areas,” the fan theorized.

For a complete look at the map changes in Season 5, we’ll have to wait until May 12, when the update goes live.