Apex Legends Season 3 took the fanbase away from Kings Canyon and onto World’s Edge, but that didn’t stop Caustic players from finding exploitable spots on the new map.

In the early months of the game, Apex Legends was seeing a ton of Caustic players wreaking havoc on opponents who would fall victim to their Bunker traps, giving them essentially no way of avoiding death once caught.

Legends with harrowing memories of slowly dying at the hands of a deranged Caustic-main might have let out a sigh of relief with news of a Bunkerless map. But the persistence of one player will make unsuspecting teams ripe for the picking once again. 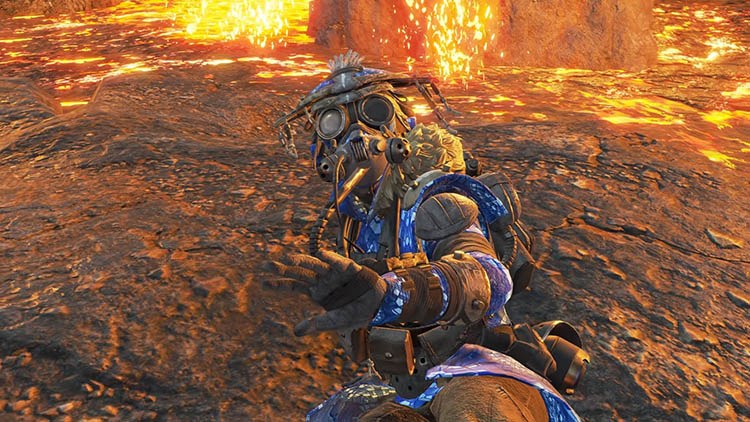 Players should be wary now that there’s a new Caustic “bunker” death trap.

In an October 3 Reddit post, user ‘Beanbag1992’ highlighted a cramped spot in one of the buildings at the Fuel Depot that would serve as the new “Bunker 2.0,” as some fans are already calling it.

The clip shows a whole team led by Wattson cornering Beanbag’s teammate, Lifeline, who was intentionally left defenseless. After immediately eliminating the Combat Medic, the enemy team flooded the bathroom after seeing the small space “loaded… with as much loot as possible.”

Amid the enemy team’s blind greed, Beanbag was sitting on the ceiling’s rafters waiting for the opportune moment to strike.

Don’t Forget To Wipe from r/apexlegends

As soon as all players were snug in there, Caustic can be seen throwing down a Nox Gas Trap to seal the trio in the room and then following it up with a Nox Gas Grenade Ultimate ability.

The team trapped inside can be seen frantically shooting and jumping, trying to find any way of escaping. But the shots slowly die down as they switched over to their Syringes to steal a few more moments of life.

Caustic mains are sure to try replicate the clip’s success, so Apex Legends players should be wary of a suspicious-looking bathroom on Talos.