The Valorant Ignition Series was Riot Games’ first step in developing a global competitive ecosystem for their FPS. Here’s your one-stop-shop for everything you need to know to stay in the loop.

There is plenty of hype around Valorant as an esport. Despite being in its infancy and not having an esport-specific structure in place, tons of big names from all corners of the esports world flocked to Riot’s high fidelity competitive shooter.

Now that Riot are officially dipping their toes into Valorant esports, fans from all around the world will be keeping an eye to see who will surface as Future Earth’s first champion. Below is everything you need to know about the 2020 Ignition Series.

What is the Valorant Ignition Series?

Plenty of teams emerged as victors of their respective region, but G2 Esports were arguably the most dominant.

The Ignition Series was the first Riot-partner program that aimed to “build global recognition for top Valorant pros and teams.” Having teamed up with over 20 esports event organizers around the world, the Ignition Series provided players with the opportunity to build their region’s footprint in Valorant.

And that certainly was the cast. With a variety of tournaments on offer, Riot supported Valorant’s competitive ecosystem from amateur right through to the professional level.

All matches from the Valorant Ignition Series were livestreamed directly to the official Valorant Twitch channel. Missed some of the action? Catch-up via the dedicated ‘past broadcasts‘ section on their Twitch channel.

The Ignition Series consisted of small, medium and major tournaments (outlined in Riot’s community competition guidelines). Each of these tournaments worked in tandem to support Valorant’s global esports ecosystem. A variety of regions from around the world were supported, which included:

Riot stated that the Ignition Series will run through the fall. This ultimately concluded on September 27, with the Epulze Royal SEA Cup and the second iteration of the Gamers Club Ultimate.

Results for all previous Ignition Series events can be found in the table. All individual event results are detailed below.

“The G2 Esports Valorant Invitational is coming. Eight brave captains will lead their squads into battle, but with a catch! Captains will not know who they’re playing with until the day before the tournament. Only one team will stand triumphant and ignite the flames of victory. Who will take home the glory?”

“Japan’s biggest esport event – RAGE – will be hosting the first officially licensed Valorant tournament in Japan under the Valorant Ignition Series brand. The tournament will invite 16 teams with established reputation in gameplay and popularity (like DetonatioN Gaming and JUPITER), and they will be competing for the winner-take-all prize of 500,000 Yen.”

“T1 and Nerd Street Gamers are excited to announce the first North American event in Riot’s Valorant Ignition Series on June 26 through June 28: Hosted by the T1 Valorant team and powered by Nerd Street Gamers, the tournament provides the rare opportunity for amateurs and aspiring pro gamers to compete against some of the biggest names in gaming.

“Two play-in qualifier events will take place on June 20 and June 21 where teams will compete to secure one of four open spots in the 16-team Showdown and a shot at securing a piece of the $50K prize pool.”

“Get ready for Valorant madness! For the first time, eight of the top North African teams will battle it out during the Empire Play: North Africa Valorant Invitational. Starting on June 26, follow the three days of battle to see who will be the last team standing.”

“The Vitality European Open was the first full open European Valorant tournament within Riot Games’ Ignition Series. The single-elimination open bracket started on July 5, where teams battled through to earn one of eight Group Stage spots.

“The top two teams from both groups will progress to the Playoffs. Both the Group Stages and Playoffs will take place between July 10-12.”

“The WePlay! VALORANT Invitational with a $50,000 prize pool will take place from June 13 to 19, 2020. The event will feature six invited teams and two more will be decided during the Open Qualifiers on June 13 and 14.

“The main event will kick off with an eight-team Swiss Bracket group stage. Top four teams will proceed to a Single Elimination bracket that will determine the winners. All matches are BO3.”

“The Gamers Club Ultimate by Banco do Brasil will crown Valorant’s best team in Brazil, featuring a set of four open qualifiers on the premiered GC platform to complete its eight competing teams… Allowing new heroes to rise up as the country’s very best.”

“Announcing the Oceanic Valorant Open, presented by Logitech G – the first Valorant Ignition Series event in Oceania! Open qualifiers will be held from July 3-13. Team progressing the qualifiers will battle it out in the Group Stage on July 17-19. Only the best will make it through to the Playoffs, which will take place between July 22-26.”

“All competitors will be encouraged to livestream their own group stage matches so fans can track and follow their favorite players and teams. With a top tier caster lineup, this is the summer showdown that you don’t want to miss!

“You don’t want to miss the open European Mandatory Cup tournament. 128 teams from Platinum 1 will compete to share the €15,000 put into play. A true esport format designed for the best players, players, and teams in the European community.”

“RAGE returns for their second Valorant Ignition Tournament. This event will feature 128 of JAPAN’s top teams competing for a cash prize of ¥5,000,000.”

“The FaZe Clan Invitational will see four days of competition from sixteen squads — including the debut of the newly announced FaZe Clan Valorant team. The event kicks off on August 6 with two Group Stage days and culminates in a best-of-five Grand Final on Sunday, August 9 to crown the champion of the FaZe event.”

“A five-day battle between six of Europe’s top Valorant teams for €15,000 and the latest Ignition Series crown. Each match of the tournament will be produced from the HyperX Esports Studio in Hamburg, Germany, and broadcast live on Twitch.”

“The Valorant Pacific Open is Southeast Asia’s entry in the Valorant Ignition Series, which will spotlight a select number of tournaments each week to help discover talented players and build global recognition for top Valorant teams.”

“Hosted by B Site, and produced in conjunction with FACEIT, Pop Flash will feature a four-day main event where eight teams will fight for their share of a $50,000 prize pool.

“LVL Valorant Clash will see 16 teams from all over Europe fight for their part of the $5000 prize pool. Hosted by esports legend Khaldor and produced out of LVL, Europe’s best esports venue, the Valorant Clash is a showdown of the strongest Valorant teams in Europe.”

“Teams competing in the final European tournament of the Valorant Ignition Series are: FunPlus Phoenix, NiP, G2 Esports and Team Liquid. The event will consist of a double-elimination best-of-three format and a best-of-five Grand Final.”

“The FTW Summer Showdown features eight amateur, professional and content creator teams that have been extended an invitation, with an additional four amateur team spots that were secured through a qualifier tournament.

“GALorants, a women’s Valorant Discord community, hosted the qualifier tournament on Saturday, September 5 where the winning teams secured a portion of the $1,000 prize pot and the best four teams will face off against top female Valorant players and streamers in the official $50,000 Showdown on September 11-13.”

“The Asia Valorant Showdown is the first Ignition Series hosted in Korea and will feature competitors from five countries and regions in Asia. The event will see two brackets.

“A Pro Bracket and an Influencer Bracket will play out over the course of three days, with the final of each bracket taking place on the third day. The tournament will feature a single-elimination format with teams required to win a best-of-three match to advance.”

“Rise of Valour, presented by Fortress Melbourne, will be Australia’s biggest online tournament hosted by a dedicated esports venue, with over $70,000 (AUD) in prizes to be won. The tournament, part of the Valorant Ignition Series, will consist of four stages with three pathways to the finals, and will be open to all teams in Oceania (regardless of skill level).

“Rise of Valour will be streamed live from the Alienware Arena at Fortress Melbourne; the largest games entertainment venue of its kind in the Southern Hemisphere.”

“South East Asia, the Valorant Ignition Series is back! There’s four Open Qualifier spots available for the Epulze Royal SEA Cup, with twelve of the best teams in the region waiting on the throne for you to challenge.”

“The Gamers Club Ultimate returns to Brazil, where eight teams will battle it out to see which team will end South America’s Ignition Series campaign on a high. Four teams will qualify from the Group Stages and into the Playoffs, where only one will ultimately be crowned Brazil’s best Valorant team.” 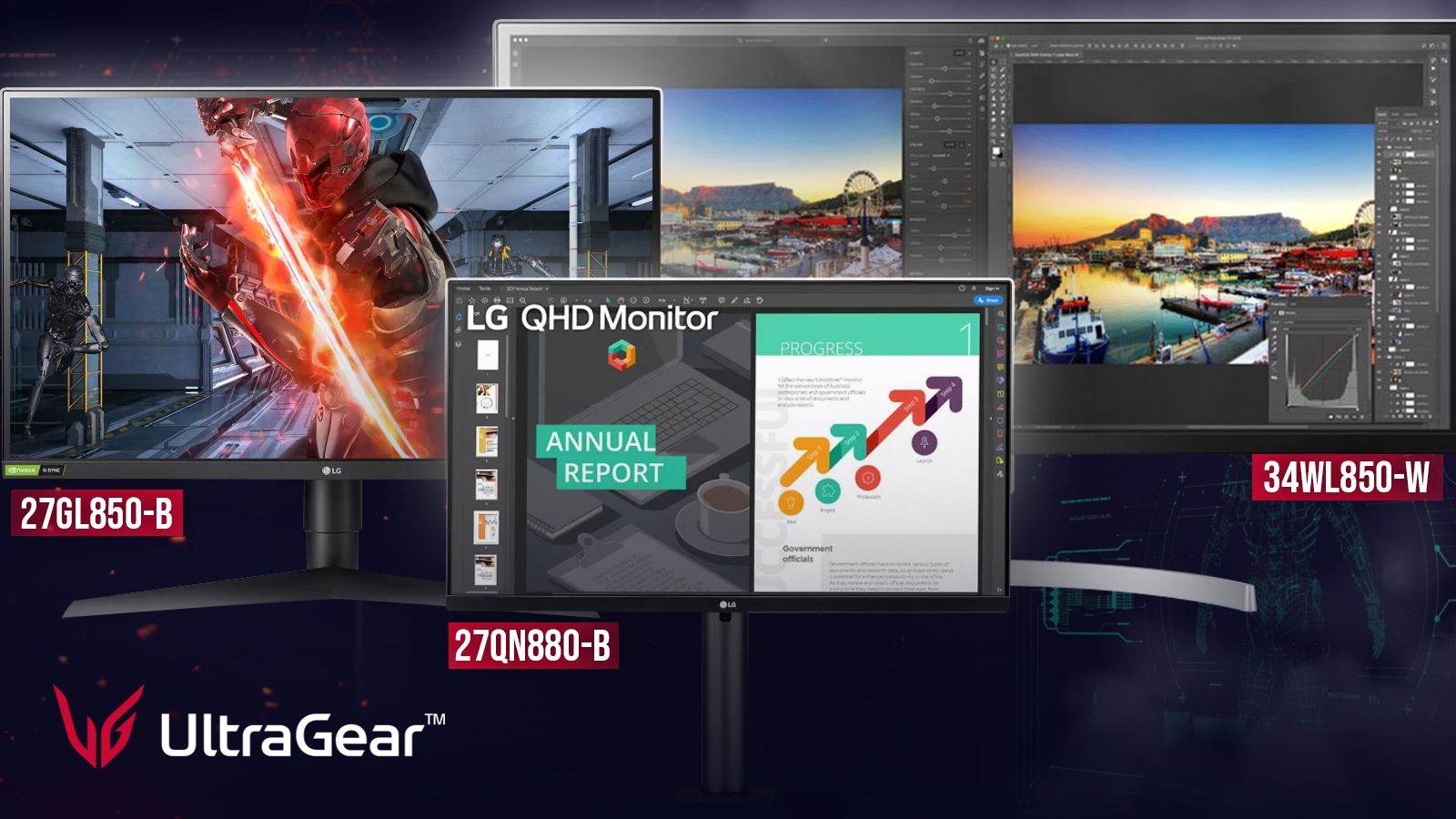