Is Kuaishou the next TikTok? All you need to know about the creators behind Zynn Video - Dexerto
Tech

Is Kuaishou the next TikTok? All you need to know about the creators behind Zynn Video

Sponsored
Short video apps are on the rise ever since TikTok made its debut in 2018. Since then, rival video apps have come to the fore and are making a significant impact in the world of tech. It’s quickly becoming the fastest growing sector within the mobile internet industry.

Kuaishou is making waves on a global scale as a hub for even more types of content, and now it is coming to the US as ‘Zynn Video’. Here is everything you need to know.

Kuaishou is a short video app with multiple layers of use. As well as providing entertainment through quick, fun videos, the app also functions as a source of news, culture, e-commerce, learning, and even medical advice with Grade A hospital physicians. Kuaishou’s users upload videos or live streams with viewers interacting in real-time. More than 200bn original short videos have been uploaded to the app since its launch.

Making content is easy: the app offers fun filters that morph your face by aging it or making you look like a baby. Other filters can make you shoot lightning from your eyes like Thor, change your background into a Van Gough painting, or improve the lighting in your video.

Su hua is the CEO of Kuaishou

Kuaishou was founded in 2011 by 38-year-old Su Hua, a former programmer at Google and Baidu and an entrepreneur. Before it transformed into a short video app, Kuaishou was a gif-making app. The company is partly backed by Chinese internet firm Tencent and is currently valued at $28.6 billion.

A key belief of the app’s inventors is that the voices of “ordinary people” should be amplified, so the algorithm will not pay special treatment to particularly popular influencers or celebrities, nor does it matter whether your video is produced by a more professional smartphone.

The CEO of Kuaishou, Su hua said: “No matter whether you drive a Ferrari or a tractor, on Kuaishou we are the same. We don’t judge a person based on his height, body size or looks.” 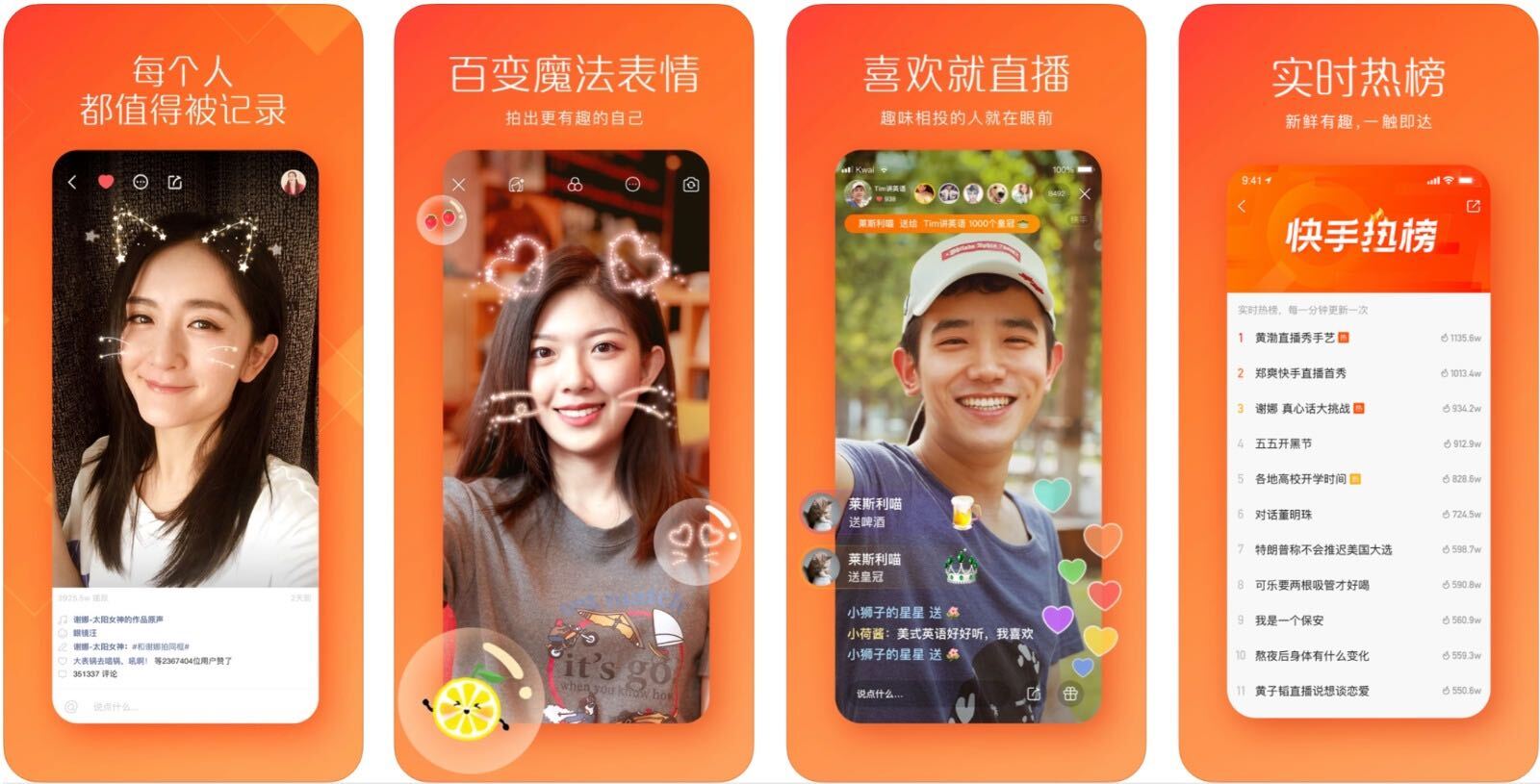 What’s different about it?

The app’s live feature is similar to TikTok, but with a greater emphasis on the ability to watch live and interactive comedy shows or news networks. Its users have also used the live feature in increasingly imaginative ways. For example, it’s been used as a learning tool; over 1 million teachers have uploaded educational content. By October last year, 100 million people had viewed education live streams.

Zynn video will soon be available to download in the US

The brains behind the app have worked with news companies to provide different projects or live streams. For example, they provided “slow” live streaming activities and worked to report on the front line of the Covid-19 pandemic.

E-commerce is also heavily emphasized on the platform, with traditional craftsmen, traders, physical retailers, fashion insiders, and rural farmers all making use of the feature. More than 1.9 million comments related to business demands are generated on the app each day.

Who is using it?

Kuaishou has 400 million daily users, meaning that a huge variety of interests are represented on the app. Food makes up 11% of the content, while performances make up 8%. Other users make content around their skills or professional skills. And much of the app’s content is made up of personalities with extraordinary lives or entertaining personas. On the app women challenge gender stereotypes, children show off some of their incredible talents, and others are reinventing fashion.

China’s ‘Useless Edison’ is just one of the hugely popular creators on Kuaishou with an unusual hobby. Geng Shuai has amassed more than 2.7 million followers for hilariously inventing useless objects such as a scooter toilet and a back scrubber sword.

Why is Kuaishou going to take off?

After TikTok’s meteoric rise, it’s clear that demand for similar short-video apps is rising. Kuaishou makes it even easier to find an audience for your content and to find the content you’re looking for to meet any of your interests.

Kuaishou is available to download in 8 countries. The product designed for the North America Market, Zynn video is available now on Google Play.