After both semifinal series of the SMITE World Championship ended up being one-sided 3-0 affairs, Splyce and RivaL gave the world a show with the closest series of the weekend by far.

Both teams came into this series having won five straight games on the first two days of competition, setting the scene for what was sure to be an explosive grand final.

The teams battled back and forth all season long, but in the end, it was the North American’s of Splyce that stood tall and secure the 2019 SMITE World Championship.

Team RivaL struck first in this best-of-five, dominating Splyce in a surprising showing of strength. Despite RivaL making it into the World Championship as the sixth seed, they didn’t look intimidated in the least with a brutal 26-to-8 kill win in Game 1.

Despite the one-sided nature of that first game, though, Splyce didn’t let things get too out of control by keeping the second game much closer.

This ended up paying off in a big way as Splyce managed to narrowly edge past RivaL in the second game to tie up the series at one game apiece. 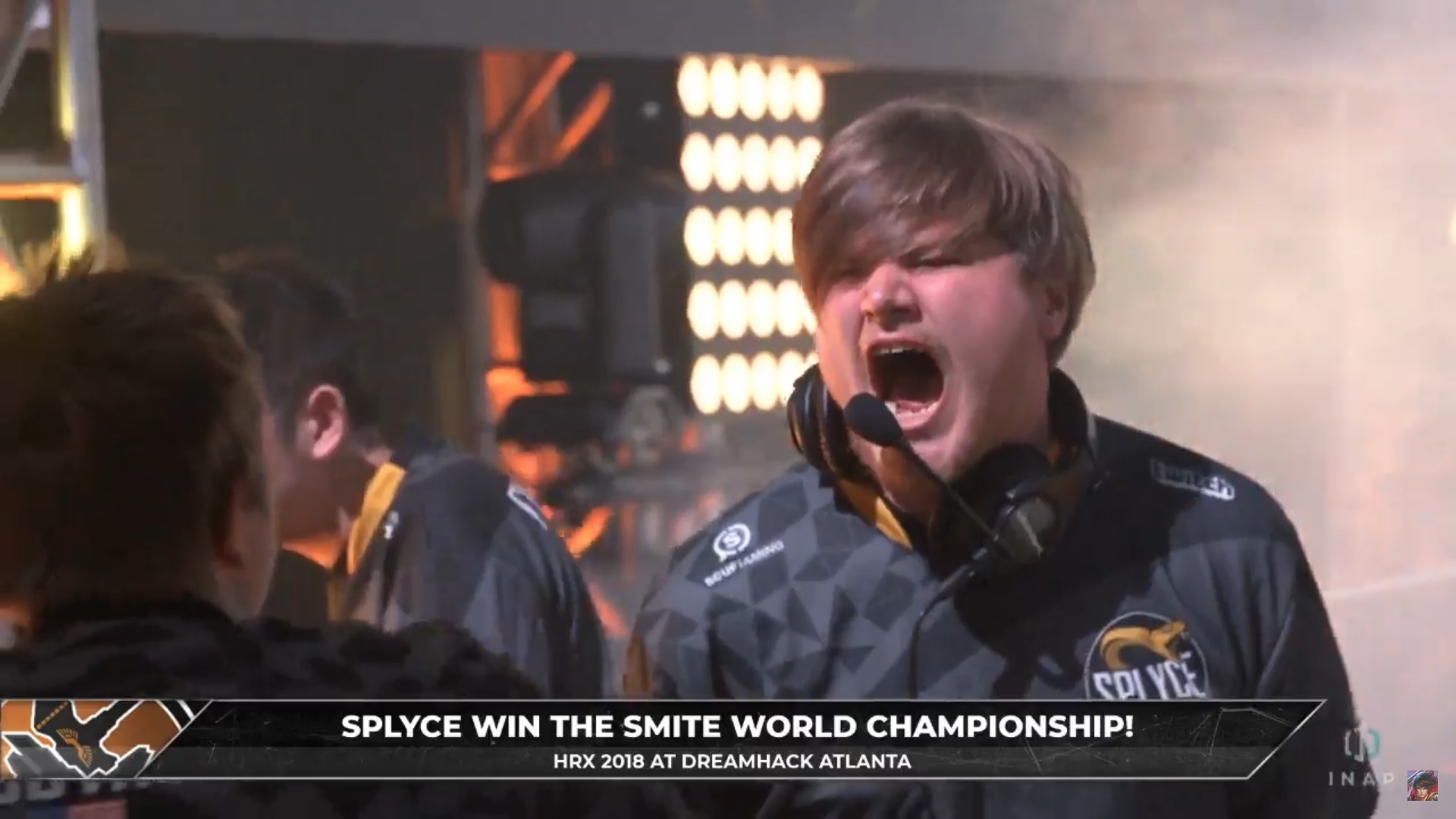 Splyce support Max ‘Aror’ Jackson lets out all his emotions after his team’s huge 3-2 win over Team RivaL.

Game 3 ended up being more of the same as Splyce looked to be in full control by this point, putting themselves on Championship point with another strong win.

While Splyce came out the gate in Game 4 once again looking dominant, RivaL quickly took the lead and raced out to a massive advantage. Splyce managed to stall as long as possible while being down by over 20,000 gold, but RivaL continued pushing to eventually get the win and force a decisive Game 5.

Despite the demoralizing loss in the previous game, though, Splyce was aggressive as ever in the final game, never letting RivaL breath for a second. There was simply nothing at all that RivaL could do to stop the onslaught as Splyce marched their way to a 29-minute win to secure the 2019 SMITE World Championship.

After an amazing final @BanKsEsports talks to new @SmitePro World Champion @ArorTheChunk from @Splyce in a very emotional and special interview where he had over 20 members of his family watching him from start to finish! #HRX #DHATL18 pic.twitter.com/NXX30gYW1h