The production quality for Rainbow Six: Siege’s United States Nationals 2018 was impressive, but the organizers had a few ideas for the night’s occasion that didn’t translate that well off of paper.

Rainbow Six: Siege has been gaining in viewership and production quality to its events since its initial launch in December of 2015 but the latest tournament added a terrific idea more commonly seen in traditional sports that unfortunately wasn’t integrated too well before the night’s competitions.

The United States Nationals 2018 was put together by big-time organizers ESL and Ubisoft, featuring top-tier esports teams, a show match between teams of Air Force members against Army members, and an ill-conceived national anthem performance. 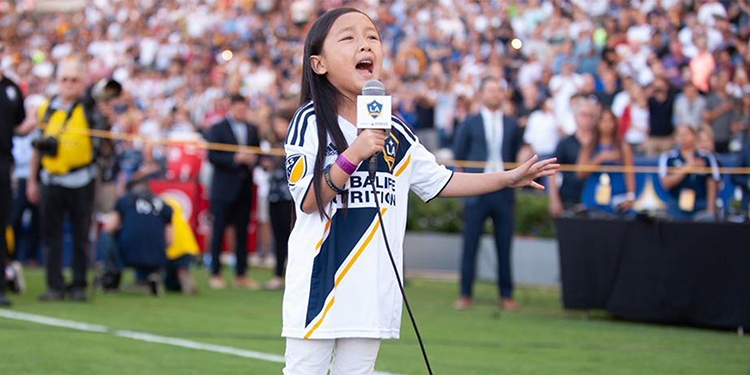 Great National Anthems performances range from size and sound of the performer, but organizers need a bit of due diligence before putting someone up on the stage.

Following the presentation of the flags, bassist for the Eagles of Death Metal, Jenny V came on the stage to perform her solo take on the national anthem.

The sound of the bass carried a rock-heavy tone and was masterfully played to hit the ranges of highs and lows the anthem incorporates with only a four stringed instrument.

But the performance was not too terribly well received, as members of the audience, Twitch Chat, and even participants of the tournament were visibly perplexed at the sound of the rendition.

Once again, the performance and the performer gave the anthem the respect and show of skill it deserves, but the organizers could have gone a different route that didn’t seem out of place for a crowd of people hyped to get on with the night’s action-packed host of games.

It should be noted that the Eagles of Death Metal is not a death metal band at all, and the name is a play on itself much like how trolling happens in the Twitch community.

Although only a brief moment of the night’s list of events, the inclusion of the anthem was a great point to build from in the future.