What to expect from Operation Shifting Tides, Rainbow Six Siege’s next op

Rainbow Six Siege began teasing their all-new upcoming Operation “Shifting Tides” with a short video hinting at what could be coming in Season Four of 2019.

Season four will be the final season of new content for Rainbow Six Siege in 2019 and will introduce two new operators to the game.

The waves of change are on the horizon. pic.twitter.com/u35vfp71K2

What do we know about the new operators?

The two new operators will be from Kenya and India, but other than their nationalities, not a whole lot is known about them.

With the nautical theme of the teaser, it’s not ridiculous to think that the new operators could be nautically themed in some way, maybe a marine or Kenya/India’s version of a Navy SEAL.

India’s navy does have a renowned special forces unit called MARCOS akin to the US SEALs, but whether the new Indian operator will be a member remains to be seen. 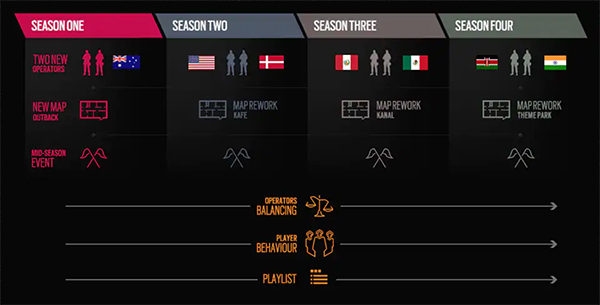 We know the nationalities of the upcoming Operators thanks to the official RS6 2019 roadmap.

The map getting a rework for Season Four is Theme Park, an abandoned amusement park on the shores of Hong Kong.

As with the upcoming operators, we don’t know exactly what kind of changes we’ll see to the map during Season Four – but during Season Three Kanal received an extensive rework that increased the playable areas on the map.

Theme Park being on the coast also goes along with the “Shifting Tides” theme, but that still leaves plenty of questions about the new mid-season event. 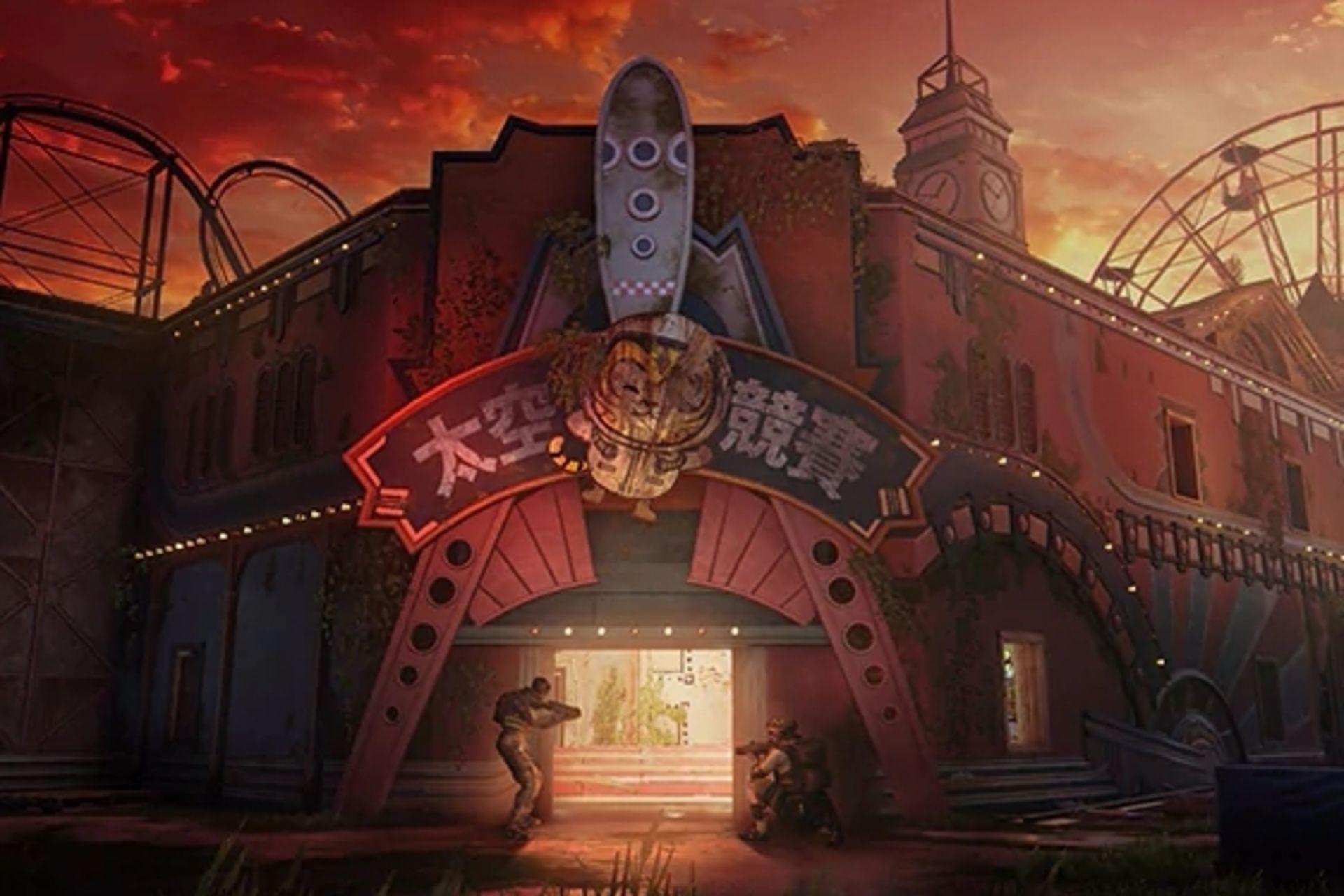 Theme Park will be getting a makeover for Season Four.

What could the next Rainbow Six event be?

We haven’t seen anything about Season Four’s event, but there’s a good chance it could be holiday-based, like Season Three’s Halloween event Doktor’s Curse.

Rainbow Six had a Christmas-themed event called Christmas Challenge all the way back in 2016, could it come back for 2019? Only Ubisoft knows for sure.

A New Year’s Eve event could also work very well with Rainbow Six, seriously, who doesn’t want to see Tachanka in a tux?

Thanksgiving is more of a long shot, and there’s always the chance that the event won’t be based on a holiday at all, at this point, your guess is as good as ours.

The Rainbow Six Invitational is right around the corner, and that means the Road To S.I. 2021 in-game event is on. Stadium has returned, and the biggest battle pass in Siege history is up for grabs. Here’s what you need to know.

20 teams are set to descend on Europe in early February at the Six Invitational to determine who the best Siege squad on the planet is.

To celebrate, Ubisoft has brought back the Road To S.I. in-game event for 2021. Old favorite Stadium has returned with a twist in the latest limited-time game mode, while the latest battle pass is the biggest in Siege’s history. Here’s what you need to know.

The Road to SI 2021 begins here! Play as any operator in the new in-game limited time event coming January 21. pic.twitter.com/SxEO8NVxO2

The battleground has been renovated to emulate a couple of different maps. The layout is reminiscent of Coastline and Border with a couple of changes ⁠— most notably, the bulletproof glass has returned.

You are able to play as any Operator in the game mode, so if you have wanted to perhaps try out Aruni since her release in Operation Neon Dawn, you can do so in the Road To S.I. game mode.

The new Stadium features a mix of Coastline and Border.

The Rainbow Six Invitational 2021 battle pass has been out for a few weeks already, so you’ll want to start ramping up your grind with the event truly kicking off now.

You can find out more details, including exactly what outfits, weapon skins, and more you can get right here.

The Six Invitational 2021 battle pass is chock-full of new content.

The Road to S.I. event kicks off on January 21, and will run until February 22. After that date, Stadium will be leaving us once again, and the battle pass will expire ahead of Year 6 Season 1.