15 top esports organizations have been invited to participate in qualifiers for the StarLadder PUBG Europe League, and will contend with teams from open qualifiers for a spot in the €1m league.

Currently, there are open qualifiers ongoing online across three regions, Europe, Middle East and Africa, as aspiring teams vie for a place at the LAN qualifier in Kiev on December 16.

Joining them there will be the 15 invited teams, who are said to have proven themselves at the top level of competitive PUBG, and will be a tougher challenge for the open qualifying teams.

The LAN qualifier will be the final deciding tournament, where 10 teams will advance to the PUBG Europe League (PEL) proper, and another six will enter the tier 2 ‘Contenders’ league. 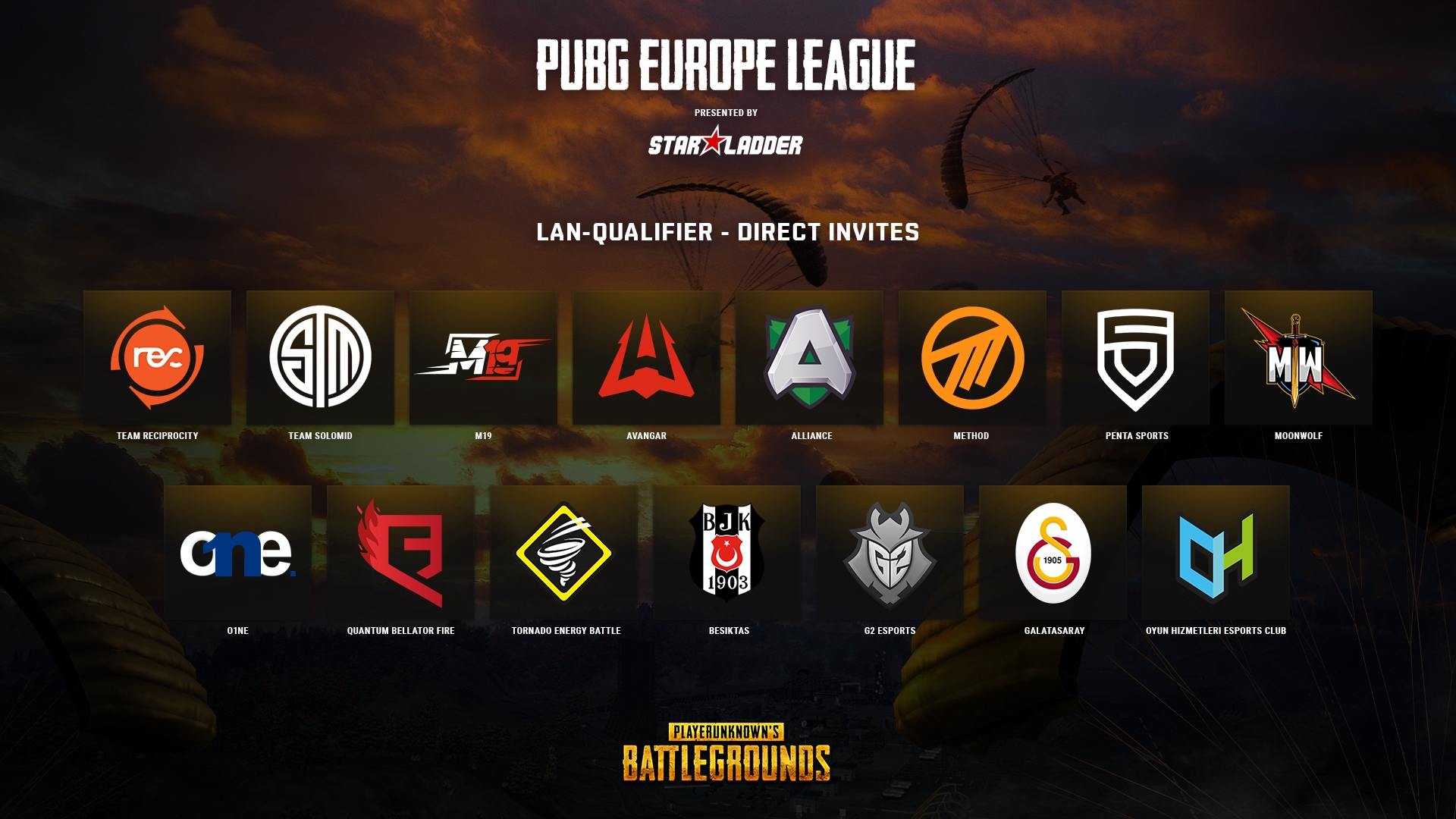 The LAN qualifiers will be played over two stages, held at the Kiev Cybersport Arena. The first stage will see invited teams and teams from open qualifiers split into two groups of 16, and will play 15 rounds of matches.

The top eight from each group will then advance to the final stage, forming a single group of 16 teams. After another 15 rounds of play, the top 10 teams qualify for the PUBG Europe League, with the bottom 6 taking a spot in the Contenders league.

Full details of the format and schedule, and how to sign up to compete in the open qualifiers, can be found here.