Much has been made of the Pokemon Sword and Shield graphics in the lead up to the release, and now the game’s developers have commented on the criticism it has received.

Sword and Shield is the first mainline Pokemon game to appear on the Nintendo Switch. The home and handheld console hybrid is expected to usher in a new standard when it comes to Pokemon games.

The graphics, for the most part, are already known, however. There has been plenty of footage in the build up, and we can be almost certain that the game won’t look too different to what we’ve seen so far. 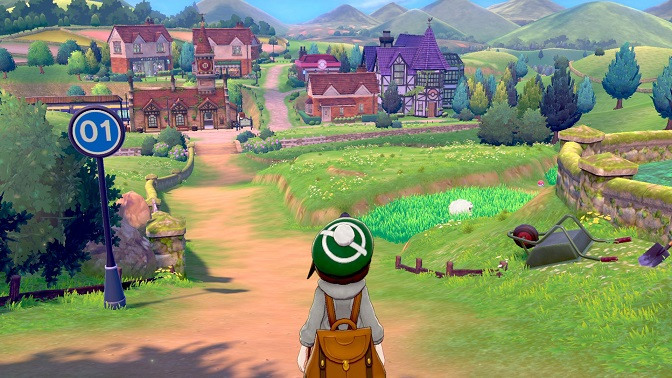 Just how good those graphics are has divided opinion within the Pokemon community. Some believe they look “amazing“, while others have been left disappointed. The more negative comments have even compared the game to Zelda from the Nintendo 64.

It should be said, though, a read through Reddit posts on the subject and a scan through Twitter will show that more Pokemon trainers are happy with the graphics than not.

21 years between these two games.

Cmon. This is actually inexcusable. Graphics dont make a game, but I rather a 5-star dinner not look like it was left outside for a night. pic.twitter.com/kQzBhyszlK

In an interview with Metro, two of Game Freak’s most famous figures, Junichi Masuda and Shigeru Ohmori, were asked about the graphics directly: “There have been some fan complaints about the graphics but there are certainly some areas that look really nice. Have you had much trouble getting used to making HD graphics, after all those years on portable-only consoles?”

Game Freak acknowledge the transition to the Switch hasn’t been easy. “Moving onto the Switch from the 3DS and earlier platforms is quite a hard challenge, in particular with development efforts and costs there’s a lot that you have to consider,” Ohmori responded.

Look at Pokémon Sword/Shield. One of the biggest draws to it is playing Pokémon on the big screen with console level graphics :shrug::skin-tone-5:‍♀️

In another interview, the duo were asked about how they deal with negative feedback, specifically about the removal of the National Pokedex. Masuda acknowledged that criticism is inevitable.

“Of course, you know, you see these sort of negative comments and it does, as a developer, make you feel a bit down about certain things,” Masuda commented. “That sort of comment is something you see, and you take on board, and really try and base improvements in the next game on the feedback you received from the last one.”

Are the graphics underwhelming or are they exactly what the next era of Pokemon games should look like? We’ll finally be able to see Pokemon Sword and Shield in all its glory when it releases on November 15.