Pokemon Sword and Shield: Every Gigantamax Pokemon and their G-Max Moves - Dexerto
Pokemon

Pokemon Sword and Shield: Every Gigantamax Pokemon and their G-Max Moves

Pokemon Sword and Shield is out now, and trainers are enjoying their journey through the Galar region, encountering Gigantamax Pokemon along the way.

The Galar region is a mythical place where the Dynamax and Gigantamax phenomenons are at the forefront. While all species are capable of Dynamaxing, only a select few have the ability to Gigantamax.

In total, only 26 Pokemon are capable of Gigantamaxing — which isn’t a lot when you compare it to the 400 strong Gen 8 Pokedex.

Those 26 each have their individual G-Max moves, too. As the name suggests they are unique to Gigantamaxed Pokemon. They deal damage as well as providing a unique additional effect. 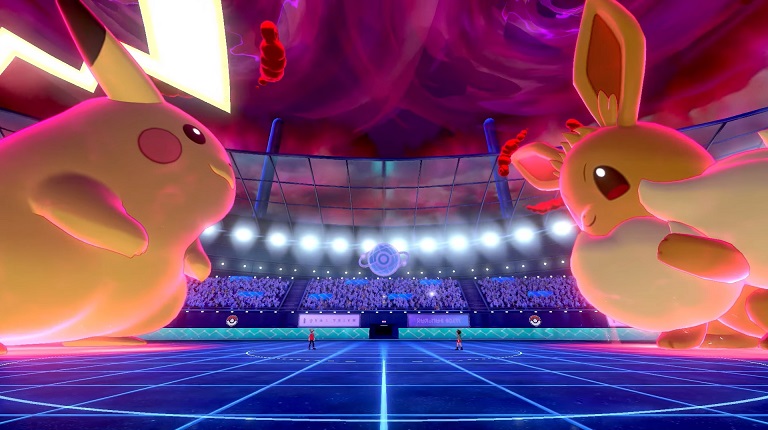 Of course Pikachu and Eevee are among the Gigantamax species…

All these Pokemon and their respective G-Max moves are listed below:

Do your best to become familiar with these G-Max Moves as they will likely play an important role in the competitive battling for Pokemon Sword and Shield.

Dynamax Pokemon are found in Max Raid battles but occasionally a Gigantamax Pokemon will appear instead. These are much rarer and will appear just a fraction of the time.

Specific Gigantamax species will appear more than others in specific time periods. Until “early” January 2020, Butterfree will be appearing more frequently.

It looks like this will be an updated feature throughout 2020 — who knows what other surprises may come!