Everything we know about Gigantamaxing in Pokemon Sword and Shield

Lots more information has been revealed for the upcoming Pokemon Sword and Shield games, with none more poignant than the new mechanic of Gigantamaxing.

Much has been made of the new Dynamaxing mechanic in Pokemon Sword and Shield, but a new feature has also been announced – Gigantamaxing.

While regular Dynamax Pokemon increase in size, Gigantamaxed Pokemon also change their appearance. This allows them to show off their characteristics in new ways.

In addition to changing appearance, each Gigantamax Pokemon has a unique G-Max Move. In comparison regular Dynamax Pokemon can’t use G-Max moves at all.

These Pokemon can be caught in Max Raid Battles but they are very rare. Just how rare they are, in comparison to their Dynamax counterparts, remains to be seen but if they are significantly more powerful then they could be few and far between.

Only certain Pokemon can Gigantamax and of those particular Pokemon only rare “specimens” can do so. The specimens presumably refers to a Pokedex entry. So, for example, not all Corviknight will be able to Gigantamax but certain specimens can.

Which Pokemon can Gigantamax? 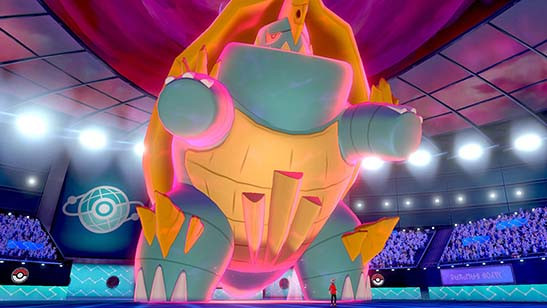 The water/rock-type Pokemon grows to over 25 times its original size when it Gigantamaxes.

If only its bite was a problem before, when Gigantamaxed, it can now crush opponents with its body. That’s not all though, it can also punch holes through walls with the description from the official Pokemon Sword and Shield website suggesting it does so with its head.

Its G-Max Move is called Stonesurge which as the name suggests is a rock-type move. It will deal damage and scatter rocks around the playing field resulting in Pokemon entering to take damage. 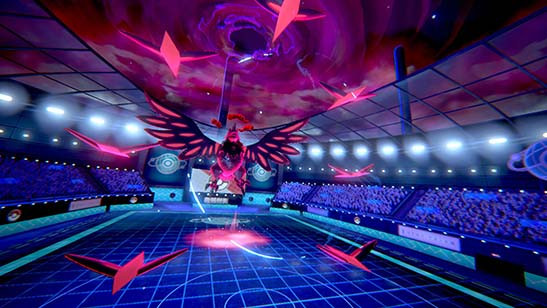 The Gigantamaxed version of Corviknight grows to over 45 feet tall. Its reinforced body armor means it is almost impervious to ground-attacks perhaps exaggerating its type advantage over ground Pokemon.

Its G-Max Move is called Wind Rage which deals damage and removes the effects from various moves such as Reflect and Light Screen. 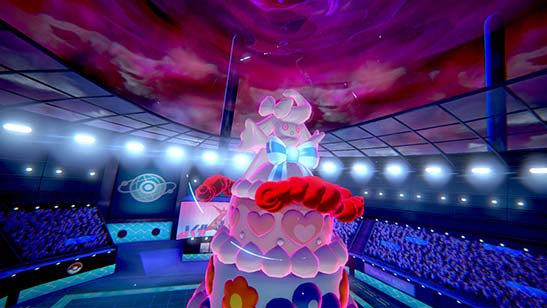 Alcremie is one unique Pokemon…
547

Just what on Earth is an Alcremie? The new, unique Pokemon has caused quite a stir online but it is also capable of Gigantamaxing.

Coming in at nearly 100 feet tall, it is a monster of a Pokemon, despite being relatively friendly looking.

Much like Drednaw, Alcremie’s Gigantamax status increases its defense – in this case it is strongly resistant to physical attacks. Its other inherent move is super-high calorie cream missiles, which if an opponent touches will become in a state of confusion.

Its G-Max Move is Finale – this will heal all Pokemon on Alcremie’s team while dealing damage.

There’s still lots to learn about Gigantamaxing, but it appears type advantages will play a huge role in defeating them. No doubt we will learn more, along with which other Pokemon can Gigantamax, in the coming weeks and months.