How to find Shedinja in Pokémon Sword & Shield with secret trick

Obtaining Shedinja in Pokémon Sword & Shield has some Nintendo Switch players scratching their heads, but worry no more – we’ve got everything you need to know.

Since Sword and Shield’s release on November 15, fans have been itching to complete their Galarian Pokédex in order to become a master Trainer.

Some monsters aren’t so cut and dry though, and require a different approach when it comes to evolving – much like when trying to turn Yamask into Runerigus.

Shedinja is another one that requires a certain trick in order to receive it, but we’ve made it easy for you with all the necessary details. 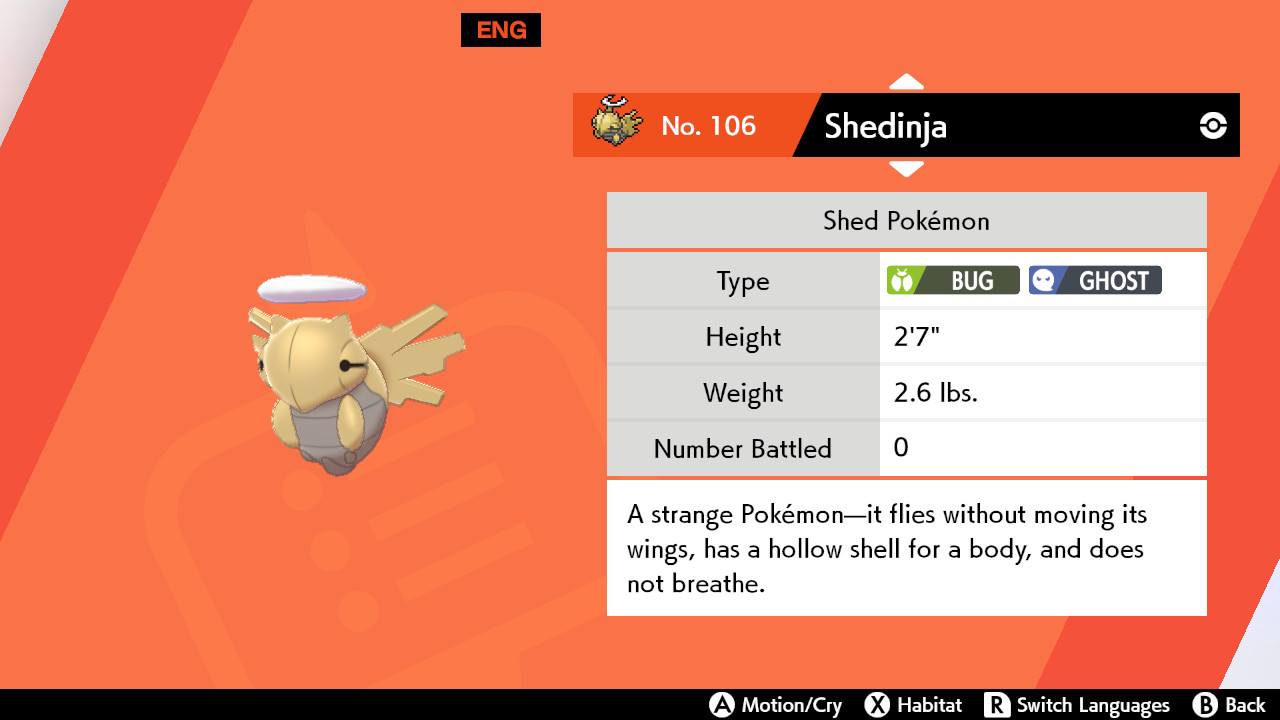 How to get Shedinja

Shedinja is a dual-type Bug/Dark Pokémon that first appeared in Generation III’s Ruby and Sapphire for the Game Boy Advance.

In order to own one for yourself, you need to catch a Nincada first. You can find one on Route 5 at a 5% random encounter spawn chance, or in the Wild Area when there’s a sandstorm at West Lake Axewell or South Lake Miloch.

When you’ve got yourself one, you’ve then got to level it up before it’s able to evolve into Ninjask. You can do this through battles, or with XP candies obtained through Raids. 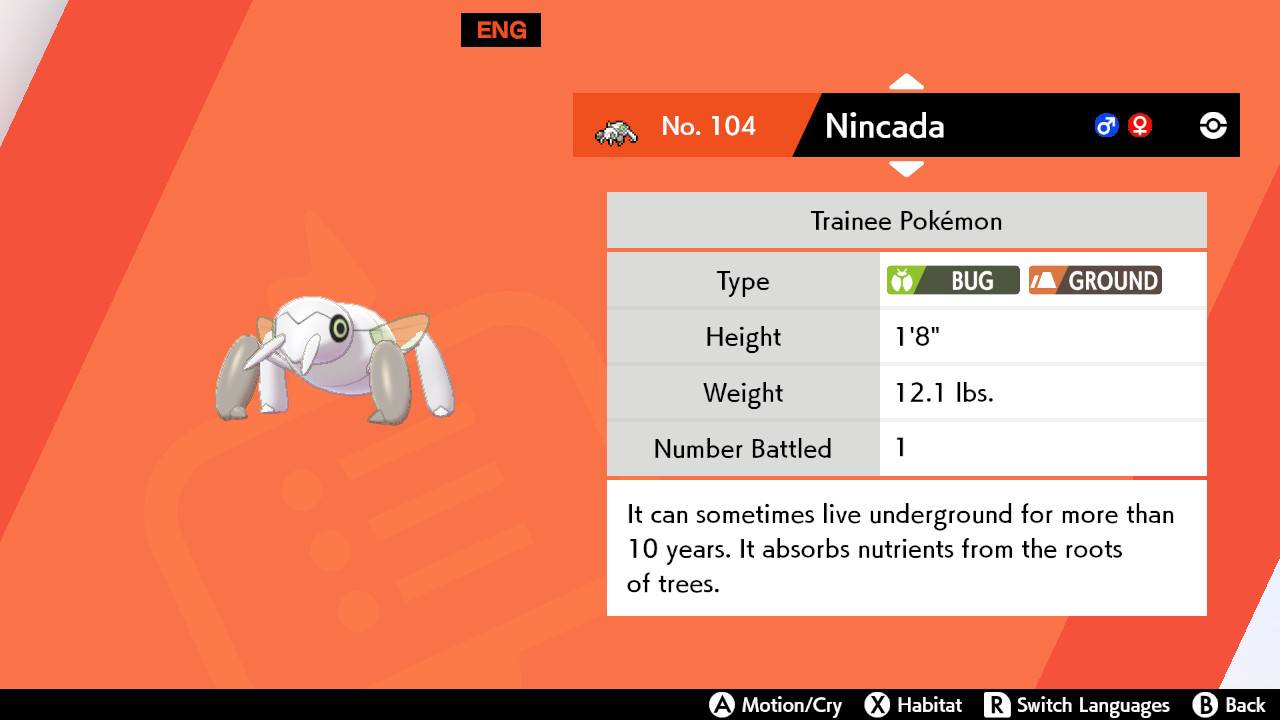 You’ll need to catch a Nincada.

Once your Nincada is almost at level 20, remove a party Pokémon so you’ve got five monsters and a sixth slot free – this is crucial to getting a Shedinja.

With your open slot, go ahead and hit level 20 to initiate the evolution sequence. Your bug will turn into Ninjask, but don’t worry, this is normal as it actually divides into two monsters.

If performed correctly, check your previously-empty party slot, and you should see Shedinja sitting comfortably in there. Congratulations! 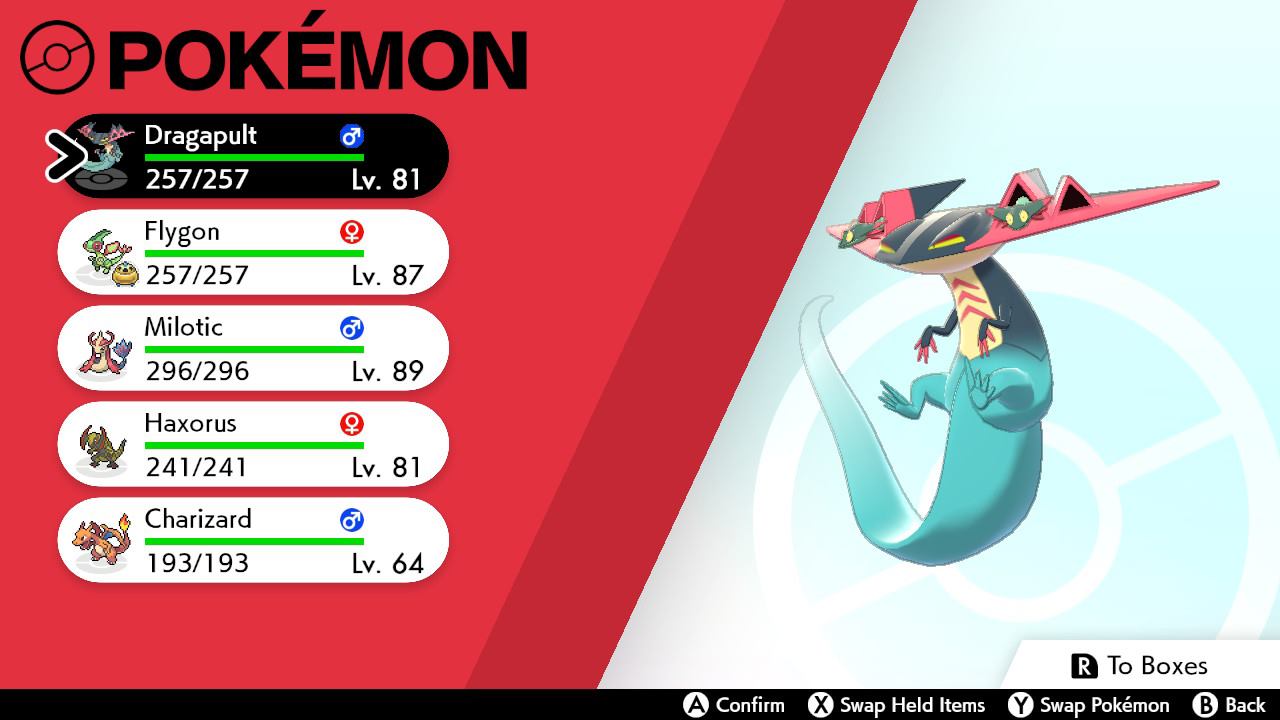 Make sure you’ve only got five Pokémon in your party before evolving Nincada.

Shedinja is coveted by many Pokémon Trainers, as it Wonder Guard ability prevents it from taking damage unless a super-effective move is used against it, such as Dark, Fire, or Flying.

Because of this, many players use it in Gym Battles or the Battle Tower, making it the perfect monster to combat attacks.