This fan-made graph does a good job at showing the resources needed to build up an ultimate for all of Overwatch’s heroes.

Ultimates are one of the most important parts of Overwatch, and can make the difference between winning or losing team fights and eventually the match.

Some heroes ultimate abilities seem to take longer to charge up than others, and this graph does a great job at explaining exactly how.

The infographic, made by user deveuhOff and posted to the Competitive Overwatch subreddit, shows the resources needed to build up each hero in Overwatch’s ultimate abilities.

One user pointed out that a good way to think about charge for heroes is: one point of damage/healing equals one point of ultimate resource. For example, Doomfist has to deal roughly 1500 damage to fully charge his Meteor Strike.

Tracer and Sombra’s require the least amount of charge, while Lucio has to stack up more damage and healing than any other hero. 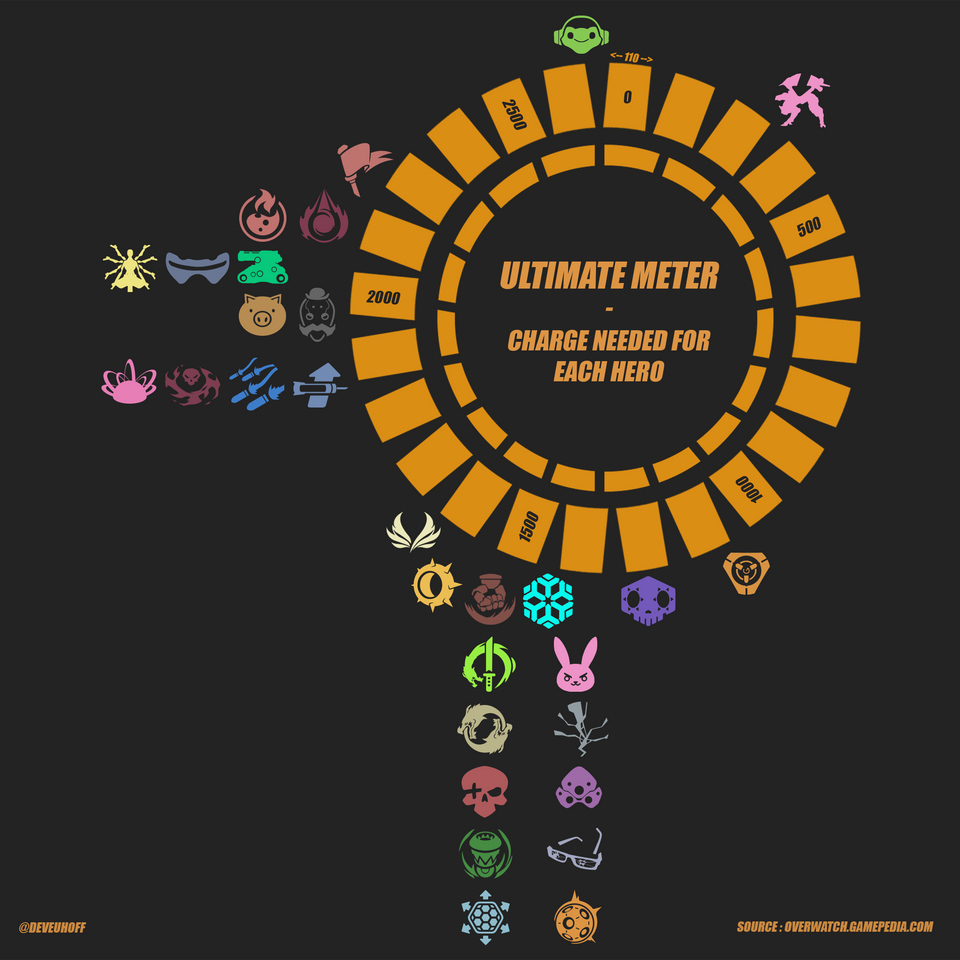 Although the graph shows the amount of resources needed for each ultimate, it doesn’t account for the amount of time it takes to charge each ultimate; for example, Lucio could charge his ultimate faster than others with high accuracy and good team healing.

Still, it is a good resource to take a look at, and gives players an idea of what to focus on and how to build up ultimate charge quickly.