OGE has been unbanned from Twitch after three days.

Min-seok ‘OGE’ Son, an Overwatch League player who recently signed with the Los Angeles Gladiators after two seasons with the Dallas Fuel, has been banned on Twitch.

Fans of Overwatch were left confused as the main tank player received his first-ever Twitch ban on November 21, with some suggesting it could be a mistake on Twitch’s part.

Why was OGE banned from Twitch?

It looks like this ban possibly stems from an incident that occurred when OGE was streaming, and allegedly made a remark toward a partnered streamer named Flocculency that was initially interpreted as transphobic.

On November 17, Flocculency called out OGE for being transphobic in a series of now-deleted tweets. 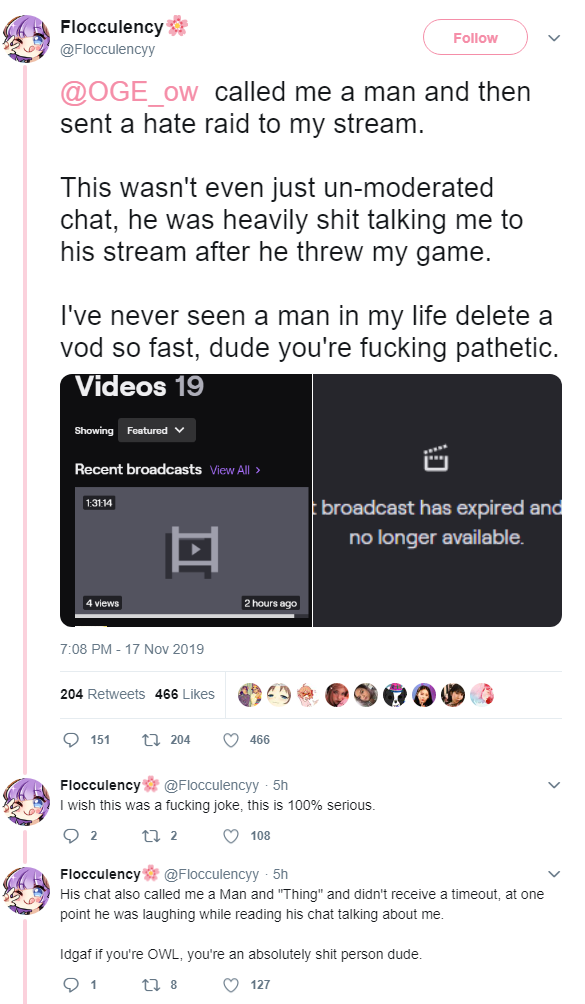 The now deleted tweets calling out OGE for his remarks. VODs of the stream have been deleted on both channels.

However, a day later, Flocculency posted a thread on Twitter explaining that she had reached out to OGE to settle the matter. Apparently, due to the language barrier, he misspoke when he said something along the lines of “okay, man” or “okay, dude”, which was misinterpreted as a transphobic remark.

Also on November 17, number of viewers went to Flocculency’s channel after OGE linked it in his own chat. Many of these viewers were apparently toxic, but had come to OGE’s stream due to a host from another streamer, so it was not his own community.

Flocculency said in a followup set of tweets that he “didn’t know many of the words his chat were using” and that he wasn’t aware that posting a link to her chat would incite the raid that it did. 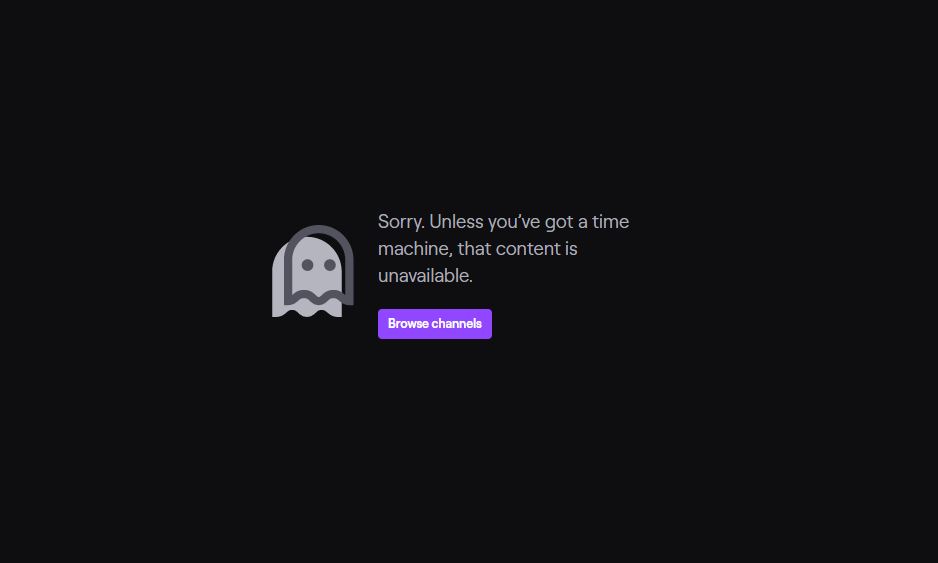 “Sorry for anyone who sent hate and especially death threats to @OGE_ow ,” she wrote before locking down her Twitter account. “He didn’t know many of the words his chat were using or that posting the link to my chat would incite a raid like that. He absolutely didn’t mean it after talking to him and I forgive him completely.”

Flocculency said in another thread that both parties apologized (OGE apologized for the misspoken remark and the unintended “hate raid,” Flocculency apologized for the initial tweets and for death threats that he received as a result) and that everything was good. The discussion from this past weekend ended with her saying she “forgave him completely.”

Despite the situation apparently being resolved between the two streamers, OGE was banned on November 21. Flocculency tweeted after the ban that she doesn’t know why he was banned.

On Twitter, OGE expressed frustration with Twitch that his VOD couldn’t be recovered. He then mockingly asked Twitch if he could stream if he tried to learn more English, and then thanked Twitch for the opportunity to watch three more days worth of Korean drama while banned.

We will update this story as more information becomes available.