An Overwatch player has created a program to play any song on the piano in Paris, and showed it off with the infamously fast piece ‘Flight of the Bumblebee’.

The piano in Paris is one of the Overwatch community’s favorite easter eggs. As well as being decorative, the piano is actually fully functional, with all the keys being playable by hitting or shooting at them.

This has led plenty of players to produce some fairly impressive renditions of songs in the game,such as a pair who played the Skyrim theme and Dr Dre’s ‘Still D.R.E’ during one of Dafran’s streams. Now, however, Overwatch player EDToaster has taken things to a new level by creating a program that allows them to play any song on the in-game instrument. 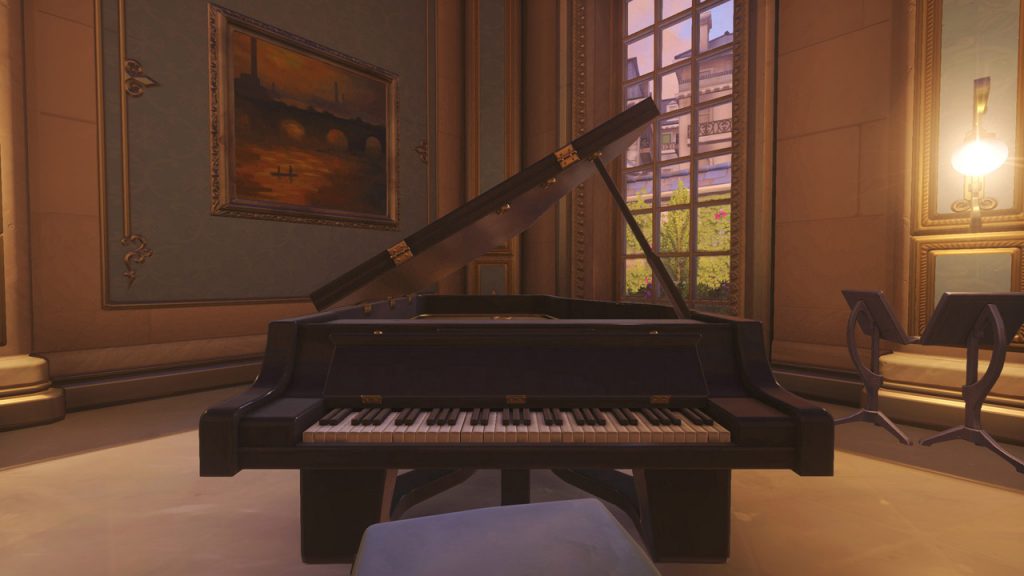 Nikolai Rimsky-Korsokov’s ‘Flight of the Bumblebee’ is well-recognized for its frantic pace, often seen as a show-piece for fast play on the piano, and EDToaster used this to demonstrate what their program is capable of.

Playing the piece manually on the piano in Paris would be effectively impossible – the tempo of the notes and the precision required to hit each would require a feat of aim that just isn’t feasible. With EDToaster’s program, however, the song is played perfectly at an incredible speed.

Unfortunately for those who would like to try the program out for themselves, EDToaster is not currently releasing it for public use, although they did explain how they went about building it.

Comment from discussion Made a little program to play midi files on the Paris piano.

While some viewers may be more impressed by the effort required to play manually over a polished performance with the help of a program, EDToaster’s creation does allow for a far greater range of tracks to be played in-game than would otherwise be possible.

Though ‘Flight of the Bumblebee’ perhaps best demonstrates the technical feats the program can manage, it’s not the only song EDToaster has performed on the Paris piano, also showing off the effects with a brief rendition of Undertale track ‘Megalovania’, which players may also recognize from Smash Bros Ultimate following the addition of Sans.

The program is still limited by the fact that the character can only aim at a single key at a time, meaning it’s unable to play a separate bass line and melody at the same time, or play chords – although whether EDToaster could have two players perform simultaneously to play more complex pieces perhaps remains to be seen.