The latest Overwatch update brings Ashe, the new hero introduced at BlizzCon, to the live servers.

Ashe was introduced at BlizzCon 2018 and came to the PTR a few days after that, she and her sidekick B.O.B. were featured in the “Reunion” cinematic during the convention’s opening ceremonies.

Blizzard wasted no time getting Ashe to the PTR for players to try out, she went live just a few days after BlizzCon, and it looks like they’re not hesitating to put her in the main game either.

Other changes include a buff to Mercy’s healing power, changes to Reaper’s healing system and some buffs to Roadhog’s abilities.

Ashe’s arsenal of weapons makes her a versatile offensive hero, capable of setting up the perfect situation to shoot down dangerous enemies from range or deal high area-of-effect burst damage to groups of heroes.

Her primary weapon is the Viper, a lever-action rifle with two firing modes: semi-automatic and aim down sights. In semi-automatic mode, the Viper shoots rapidly with a high spread. Aiming down the sights lets Ashe line up precise shots, increasing damage at the expense of speed.

She can turn any situation into her favor with her Coach Gun a short-range, high-impact sidearm that deals big damage and clears the way by knocking back nearby enemies. It can also be used to knock herself back for added mobility, either to reposition herself for a clear shot, or to escape pursuing enemies.

Ashe’s Dynamite ability is a thrown explosive that detonates after a delay. It deals damage in a wide radius and sets enemies on fire for additional damage over time. She can also shoot the dynamite to detonate it early, allowing her to damage unsuspecting enemies.

Her ultimate ability, B.O.B., sends Ashe’s loyal omnic companion rushing into the fray, shoving aside the frontline to rough up targets in the backline.

As with all new heroes, please note that Ashe’s release in Competitive Play will be delayed by two weeks.

Developer Comments Mercy’s ultimate was charging a bit too slowly after her base healing was reduced in a previous update. These changes should restore some of her ultimate’s strength and let it build up more quickly.

Developer Comments: Reaper’s specialty is fighting at a very close range. The more consistent spread pattern and increase in healing from his passive ability will make him more capable of standing toe-to-toe with his enemies. 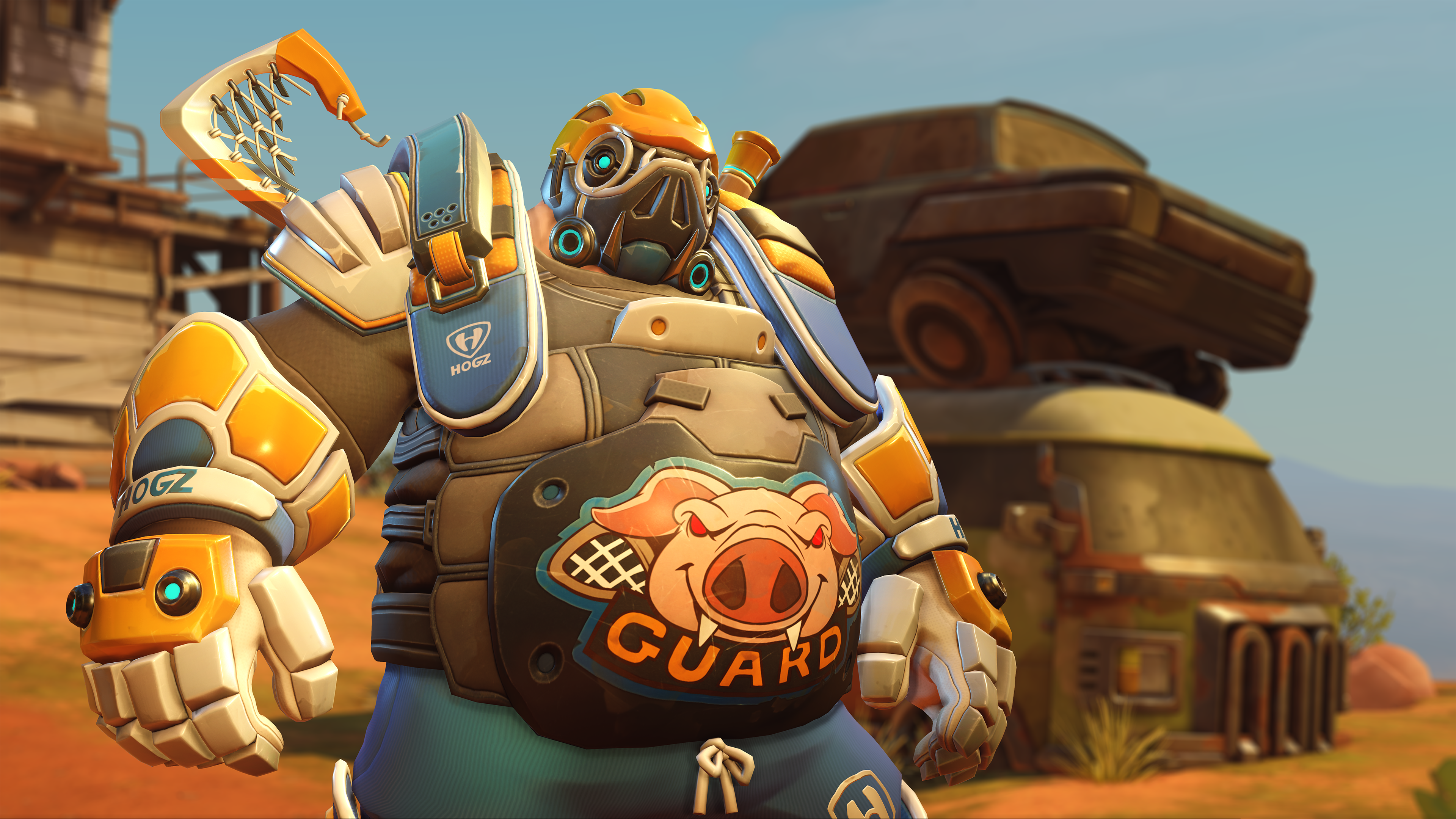 Developer Comments: Roadhog is receiving several large changes to make his abilities more consistent. His Chain Hook had issues with breaking when enemy targets jumped or fell behind environment collision. It will now slow them down in the air more when the hook lands, and wait less time before it starts reeling them in. Since Chain Hook’s cooldown now begins immediately upon use, so it no longer varies based on Roadhog’s distance to the hook target. We’ve also moved some of the projectiles closer to the center of the spread pattern on his Scrap Gun, which gives him a more consistent damage output for its primary and alternate fire. Previously, there was a long-standing bug that caused close-range targets to fly much further than expected. After this bug was fixed, we still wanted to keep some of the knockback burst it provided, so we’ve increased the overall velocity cap to maintain some of that functionality.

Developer Comments It’s still difficult to use Symmetra’s Photon Projector beam effectively, even after its range was increased. By speeding up the primary fire charge rate, it takes less time to ramp up to its full damage potential and will be a stronger option when she’s presented with targets to charge up on.