The Overwatch 2 developers have released new data about the first beta and the performance of certain heroes leading into the second, indicating some big updates are on the way.

In a new developer blog post, the Overwatch 2 team explained how they made decisions to buff, nerf and alter certain heroes throughout the beta period.

The developers revealed a number of data metrics including how they calculate play rate and win rate among the three roles: damage, support and tank along with strange intricacies.

For instance, the devs explained that in a map win where a hero was played for 50% of the time, that hero would earn a 0.5 “win fraction.” After all wins are tallied, that number is divided by the hero’s total fractions in matches where the hero wasn’t on both teams to determine a proper win-rate.

This is why Symmetra has a very high win-rate – she is played in situations where she will get immense value and thereby the team using hero is likely to win. Meanwhile, players are inexperienced with the reworked Orisa and Doomfist along the new hero Sojourn so they’re more likely to lose when trying them out. 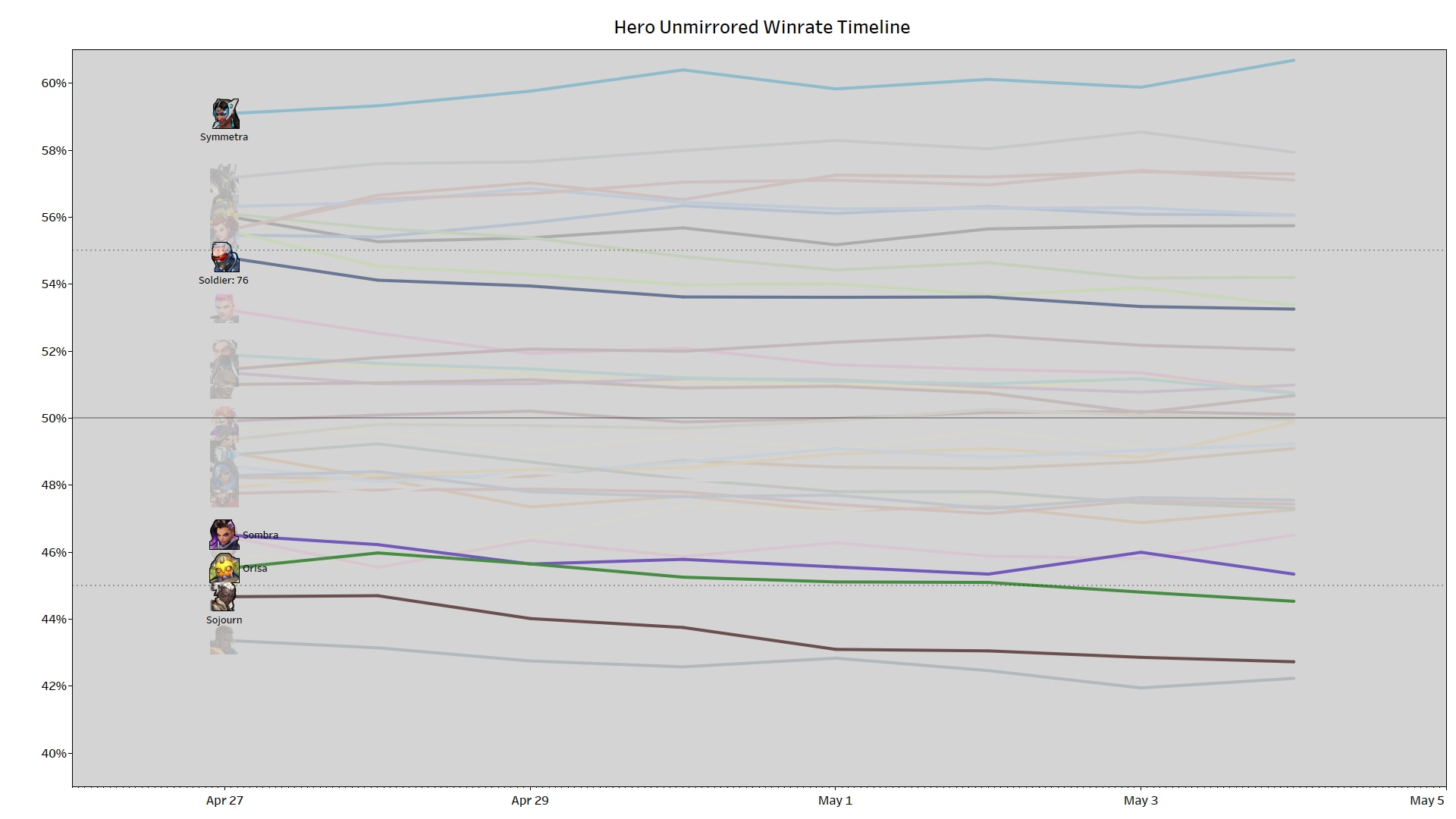 So, there’s quite a lot of data that the developers need to work with and some complexities that need to be figured out. Regardless of these metrics, updates to Doomfist and Orisa are being worked on.

What Overwatch 2 heroes are being changed next?

“Orisa remains unchanged for now, as it is still unclear if she is bad, or if the community at large is just bad at her. We’re leaning towards the latter, as we all seemed to have that one friend who steamrolled through the beta with Orisa and her new kit. However, future changes to Orisa and Doomfist are currently being explored,” the devs said.

It’s not clear what additional changes are planned for Doomfist and Orisa, but it seems like they’re far from the only ones who could see a big adjustment with the devs also monitoring Zenyatta’s “snap kick” after his new ability resulted in win-rate increase of 5%.

Sojourn was played a lot at the beginning of the OW2 beta.

“Game balance is a marathon, not a sprint, and many more hero changes await us on the horizon,” the devs added, indicating that they have some major updates planned.

In addition to more hero changes, players are expecting the next beta to include new heroes as well, with DPS greatly outnumbering tanks and supports. It will be fun to see what we end up seeing, but hopefully we won’t have long to wait for the second beta and find out.