The latest Overwatch skin brings LEGO Bastion to life and the attention to detail might shock you.

First made available to Overwatch fans on September 17, the new LEGO-themed Bastion skin will be accessible through to September 30. Titled the Brick Bastion Challenge, nine wins are all that’s required to unlock the remarkable new skin through the limited-time event.

Also up for grabs are a few player icons and in-game sprays, of which you can find all the details in our handy guide. The detail encapsulated in the latest bundle of content is fantastic, however the skin is a clear standout.

Following on from a number of physical LEGO Overwatch sets, this new Bastion skin is the first implementation of LEGO content into the game and it looks stunning. Consisting of multi-colored building blocks and multiple mechanical pieces, Bastion looks like a child’s creation brought to life.

As highlighted in a recent Reddit post, not only is the skin visually impressive, but the crafty developers at Blizzard also ensured that all animations are accompanied by corresponding LEGO sounds. 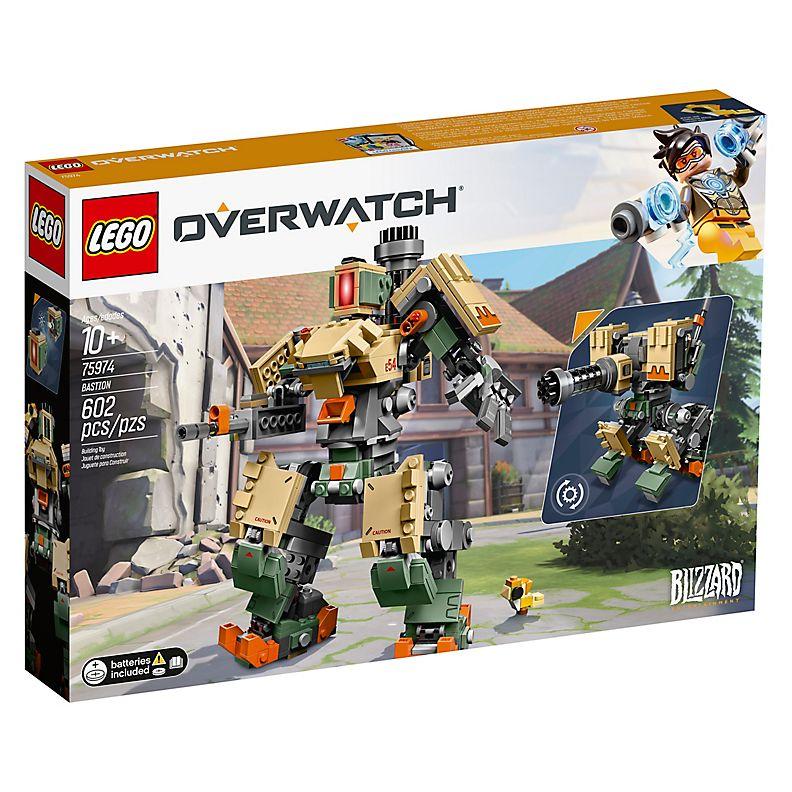 From reloading while in Recon mode, to activating the Tank configuration ultimate, every weaponized form comes with its own set of transitioning sounds.

As though Bastion was being rebuilt into each form at the press of a button, this attention to detail is unique to this limited time LEGO skin.

In a separate Reddit post, players have highlighted another unique detail to the skin. When firing Bastion’s automated weapon, even the muzzle flash is represented by LEGO fire pieces.

Protruding from the weaponry in both Sentry and Recon configuration, the omnic character displays the fiery LEGO piece over and over to embody the ordinary muzzle flash of every other standard skin.

Despite how impressive the skin may be visually, due to the aforementioned muzzle flash, some fans are rather upset at how developers at Blizzard could introduce the skin in such a state. Even going as far as to call it “almost unplayable.”

It remains to be seen whether the developers will issue a comment on the matter or update the skin in-game. You have until September 30 to earn the skin and make a verdict for yourself.