New York Excelsior’s JJoNak is getting his own Overwatch skin

JJoNak will have his MVP award marked by an in-game skin for his signature hero, Zenyatta, that will be available for players to purchase.

While the skin hasn’t been fully revealed yet, fans can get a sense of what to expect from the reactions of the NYXL players in the teaser clip.

The skin appears to have an octopus theme, with ‘Saebyeolbe’ stating “the orbs are octopuses”. JJoNak also says “the octopus is trapped in there”, with Saebyeolbe following up that “there is water in there, and it lives in it.”

The theme would be appropriate given that JJoNak’s name actually stands for “Jjomullak Nakji”, which means “fumbling octopus”.

It's almost been a year since we crowned @NYXL star @JJoNakLove our 2018 @TMobile MVP.

Get your tokens ready. It's coming soon :sparkles: pic.twitter.com/infgd8BOlo

Blizzard have yet to announce the official release date of the skin, saying only that it is “coming soon.” The skin will be purchasable with League Tokens, and although a price hasn’t been announced, it is likely to match the other Overwatch League and All-Stars skins at 200 tokens.

JJoNak won the Overwatch League Season One MVP award after a stunning season in which his Zenyatta play was credited as a major factor in New York Excelsior’s success. 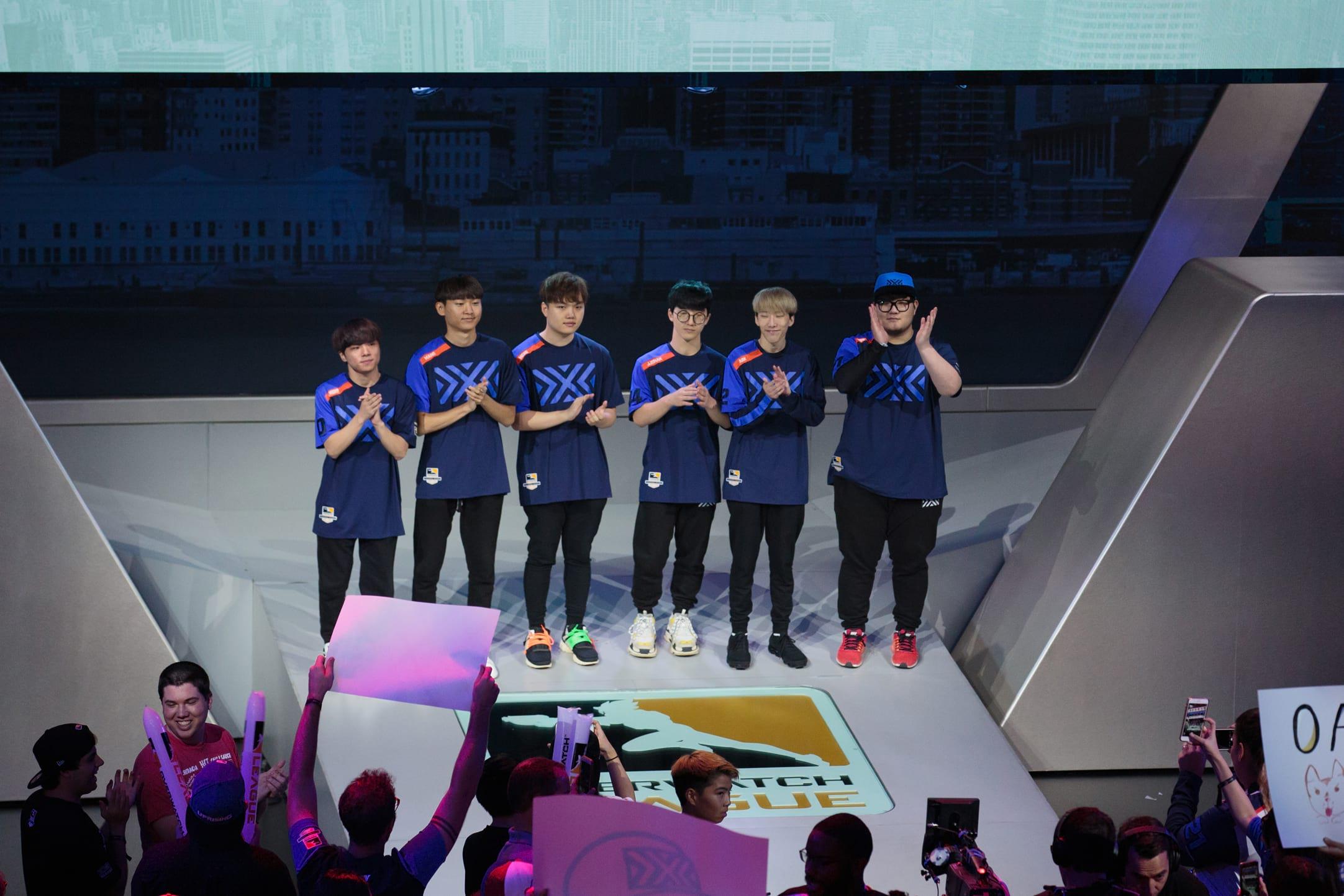 New York Excelsior dominated most of Overwatch League Season One.

While the NYXL weren’t able to secure the trophy, they dominated the regular season, winning two of the four stage titles and finishing a massive seven wins ahead of second place in the overall standings.

Despite technically being a Support player, a role from which players are not usually expected to carry the game in quite so overt a fashion, JJoNak quickly established himself as one of the biggest damage threats in the league, both assassinating enemies with quick bursts and pumping out consistent damage with Zenyatta.

He did all of this despite being a true rookie, having been scouted from ranked play by the NYXL and making his professional debut in the Overwatch League, unlike most Season One players who had already established themselves at the highest level in the various pre-OWL tournaments.