Jeff Kaplan has confirmed that at least one missing Overwatch stat will be coming back soon.

Overwatch players noticed on November 20 that multiple stats had either become more difficult to see or disappeared entirely from their profiles.

First, players noticed that it was no longer possible to calculate their win rate in most game modes, as though the “Games Won” stat remains, the “Games Played” had disappeared from all except the standard competitive playlist.

As a result, players can no longer see what proportion of their games they’re winning by looking in-game, even for other “competitive” modes like the competitive Deathmatch playlist.

Shortly after, players also identified that the “healing per 10 minutes” statistic had been removed from the overview tab, instead only visible in the statistics of individual heroes, obscuring the number and making comparisons between heroes more difficult.

Fortunately, the latter change seems set to be resolved, as Jeff Kaplan confirmed that the difference was the result of the bug that the development team is evidently now aware of. 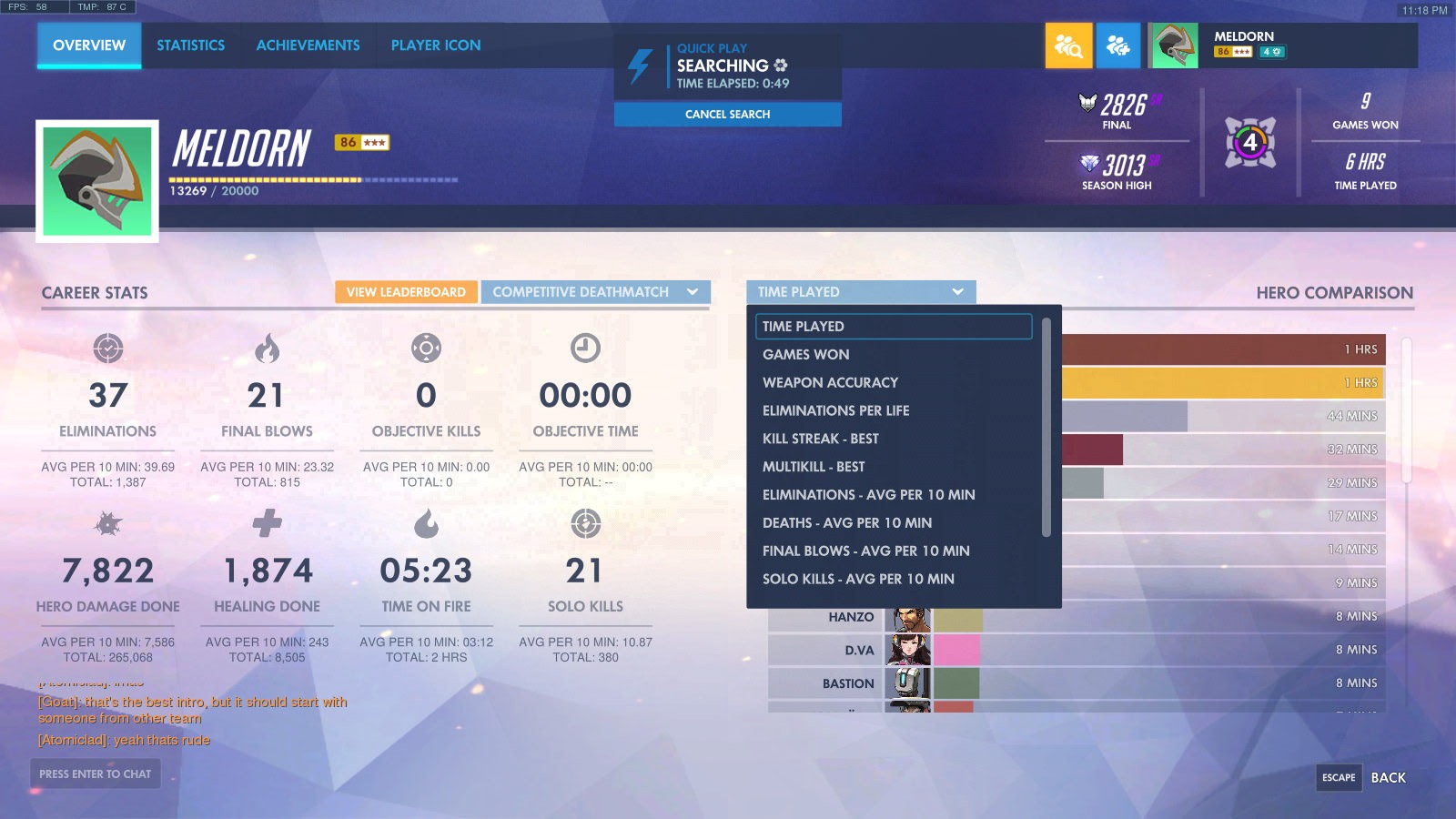 The “games played” statistic no longer appears to be available for several modes.

No comment has been made on the win rate issue, however, which some players have criticized as being “like stealing a piece of our history.”

Overwatch players have long had a somewhat contentious relationship with Blizzard on the matter of statistics. Blizzard have stuck to a philosophy of limiting the statistics visible in-game, providing no score-board in matches for instance.

As well as frustrating some casual players, the lack of clear statistics has been a particular issue for competitive players and teams, who don’t have access to numbers that could help evaluate players, heroes, and strategies.

It remains to be seen whether the removal of some win rate statistics is a further step in limiting information Blizzard sees as unhelpful, or simply another error.