An Overwatch player showed off how a key change to Junkrat opens up a useful movement trick.

Originally, Junkrat’s grenade launcher could damage himself, meaning that he had to be just as wary of his own grenades as the enemy team.

Though this was changed some time ago, a side-effect that many players may not be conscious of gives Junkrat a useful trick to add to his toolkit.

The change was presumably intended as a more general quality-of-life update for Junkrat – more so than any other hero, the rebounding nature of Junkrat’s grenades made avoiding self-damage particularly awkward if he found himself in confined spaces.

However, although the self-damage was removed from his grenades, the knock-back still effects Junkrat. As a result, he can use them for his own version of a rocket-jump. 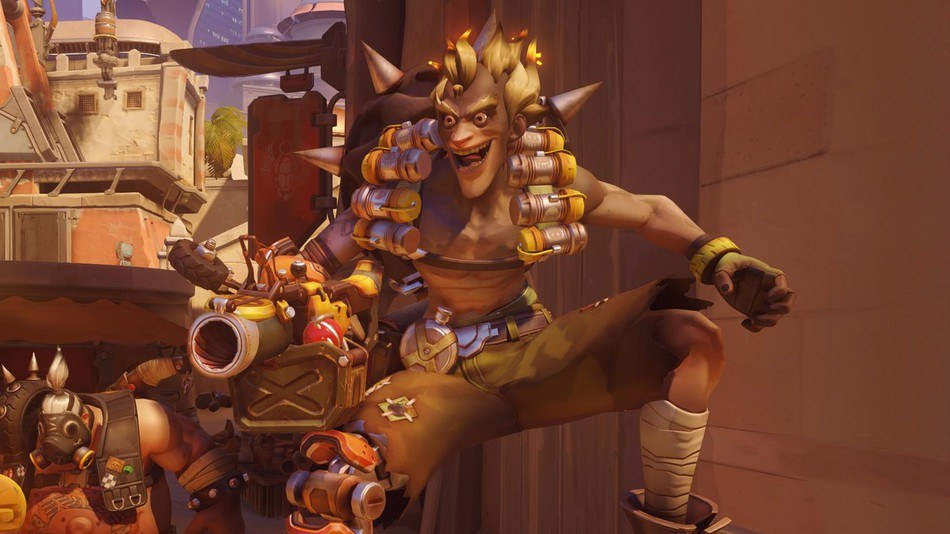 Junkrat also originally suffered damage from his own Riptire, resulting in many mishaps for Junkrat players.

There are a variety of jumps in the game that can only be made with the assistance of some sort of knock-back, assuming no ability is used that directly provides vertical movement. The likes of Soldier: 76 and Zarya are particularly known for being able to make use of their abilities for the necessary boost.

Thanks to the self-damage change, Junkrat can also make use of an assisted jump by timing his jump with the explosion of a grenade, as u/Playur1 demonstrates.

Obviously, Junkrat has a movement option in his Concussion Mine, but considering the value of the ability both for movement and damage, and the fact that it has a cooldown after use, expending it for jumps that only need a slight boost isn’t ideal.