Artists have been handing out restaurant jobs to Barista B.O.B. and Ashe, Subway Hanzo and Cinnabon Zenyatta created by artistic Overwatch fans, and it looks like the trend is only going to continue.

The skin concept comes from artist EmBBu, the same mind that blessed us with the awesome Subway Hanzo skin concept, and the McDonald’s McCree skin is an incredible successor.

McCree is rocking a kind of retro looking McDonald’s shirt and hat that bring him up to the Golden Arches’ dress code regulations.

Instead of his revolver he has a ketchup bottle and a drink in his holsters to streamline his efficiency in the kitchen, and instead of a cigar he’s sneaking some fries straight from the warmer.

If you look closely, you can also see that McCree’s belt buckle has been changed to say “MEAL” instead of “BAMF”. 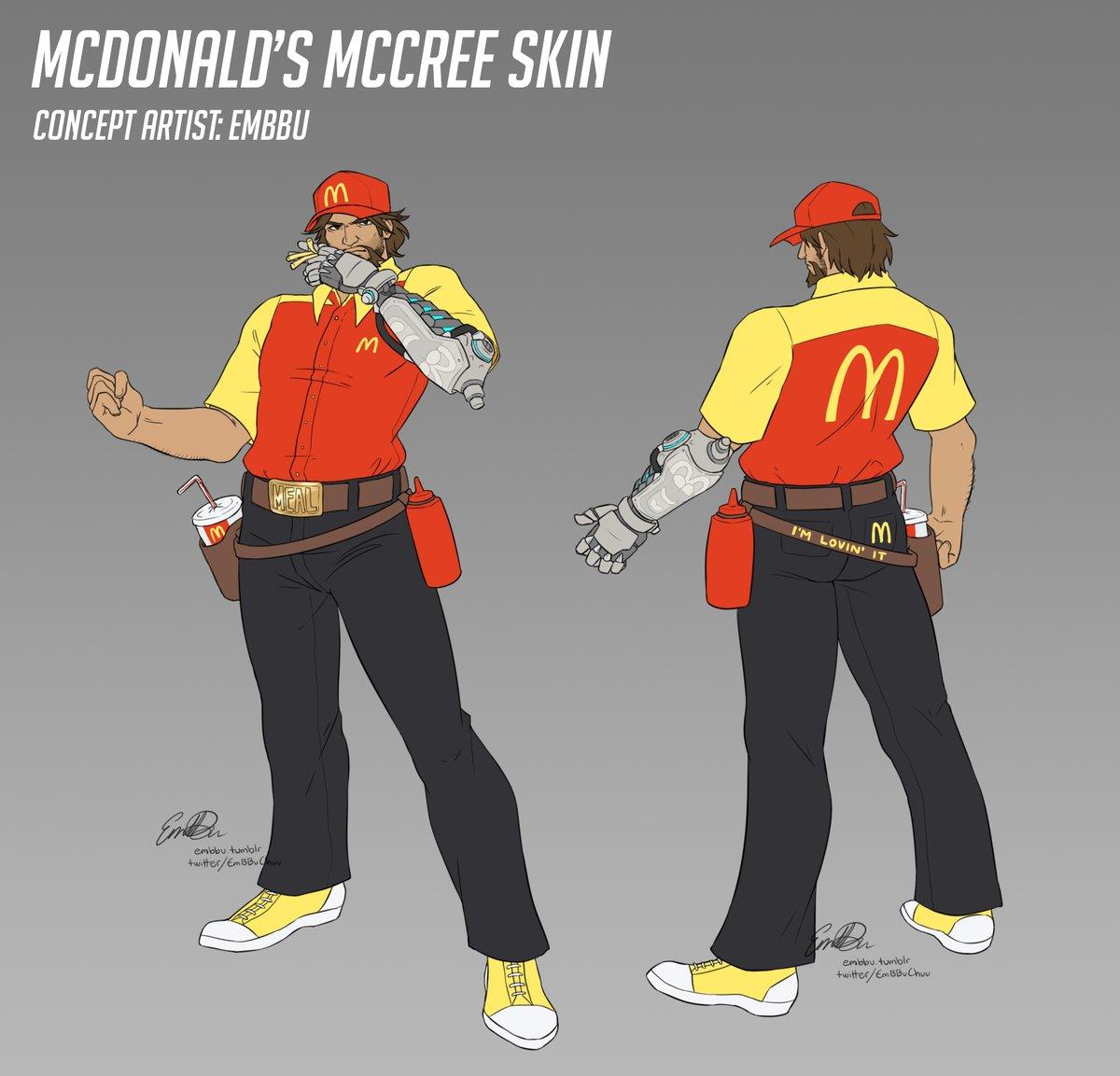 Obviously there would be challenges to an actual “McDonald’s McCree” skin happening, no matter how phonetically pleasing the name may be.

But, all of these ideas for food skins could easily be adapted to work in Overwatch, so there’s still a chance we could get to play as a burger-flipping McCree.

We’re sure to see more Overwatch fast food skin concepts due to their great reception from the community, and apparently because being a hero doesn’t always pay the bills.

LazarBeam claims Fortnite has been “ruined” by new Makeshift weapons