This skin concept from artist and Overwatch fan Red_Masca on Twitter takes Genji and gives him a makeover that looks like someone took his original skin and dipped it in radioactive waste.

Posted by Red to their Twitter account, “Nuclear” gives the younger Shimada brother tubes for his helmet like a gas mask and a sickly beige color scheme.

He also gets a nice array of spikes covering his armor, probably a side effect of whatever mutation he went through to get this skin.

While not an extreme overhaul of Genji, this skin would at least be an epic if it were included in the game – something Genji mains wouldn’t mind at all.

Genji got left out again this year and didn’t get a Halloween skin, but this concept gives Genji players something to dream about for the future at least. 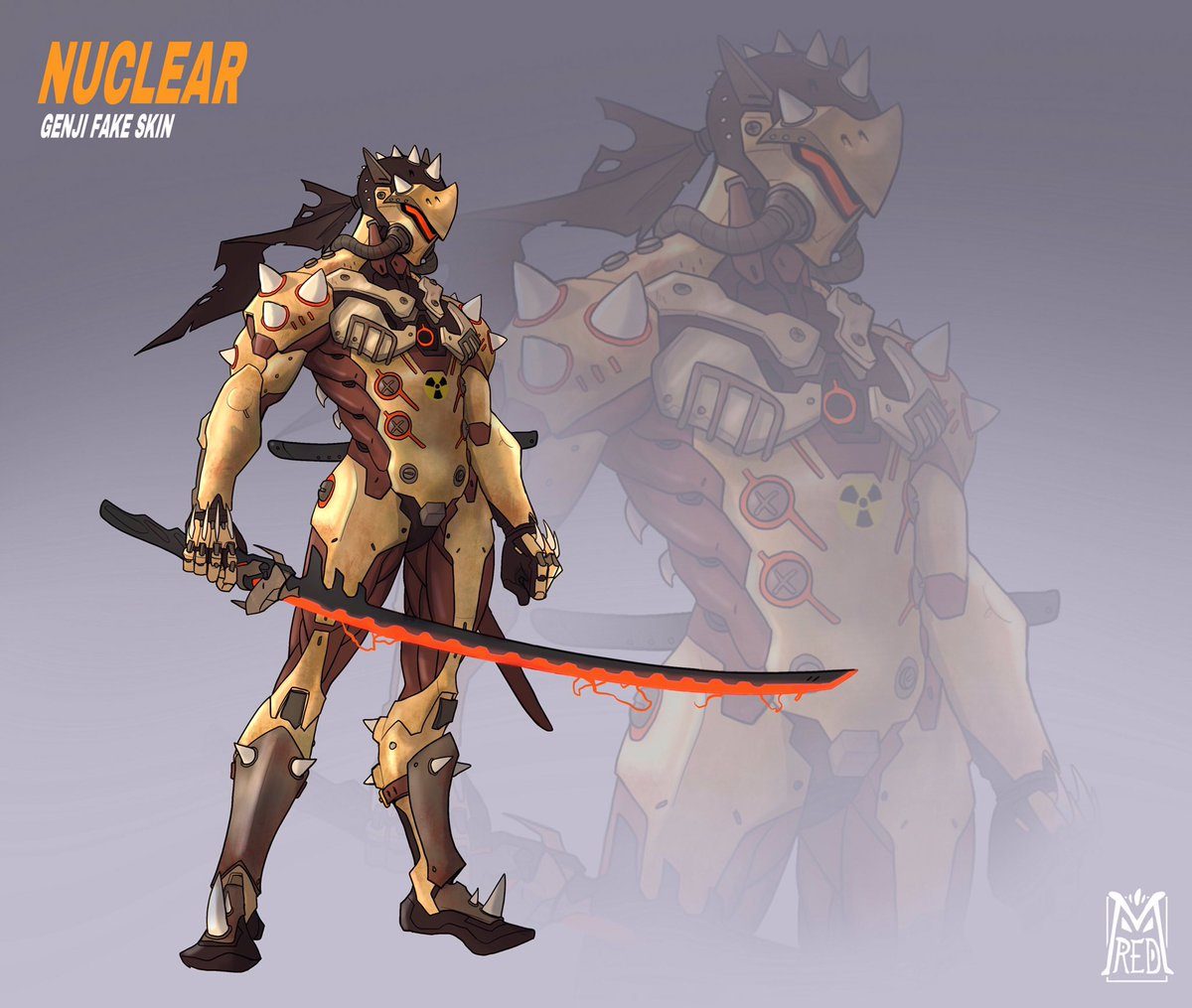 This skin could also be called “Toxic” and work perfectly for that select group of Genji players who don’t leave their healer alone all match and complain every time they die after charging in alone.

Even though this skin isn’t in game, it’s still an awesome concept, and based on his past work on D.Va, hopefully Red keeps making these amazing creations.