PewDiePie almost quits Minecraft series after his base catches fire

YouTube king Felix ‘PewDiePie’ Kjellberg was devastated when his Minecraft house went up in flames, and “almost quit” the sandbox title.

PewDiePie turned the gaming industry on its head when he launched his wildly successful Minecraft series in June, and was even credited for making it the number one most viewed game on the video hosting platform in 2019.

However, the Swedish star was thrown into a crisis during his December 8th upload, when his in-game house unexpectedly caught on fire, and had him scrambling to save all of his work.

The YouTuber passed over 102 million followers on his channel in 2019.

The YouTube star’s latest episode titled ‘Minecraft Disaster Happened. *almost quit*’ quickly opened up with him discovering that his in game house had mysteriously caught on fire.

“Oh my god! Sven!” he yelled after entering the burning building. He then dropped below to see large portions of his wooden structure on fire. “Oh god, how did this happen!? Oh nooo! Stop it!”

The Swede then ran around the room using his axe to destroy the blocks of wood that had been on fire.  “Not the red stove!” he screamed, as his iconic cooking area was now engulfed in flames. 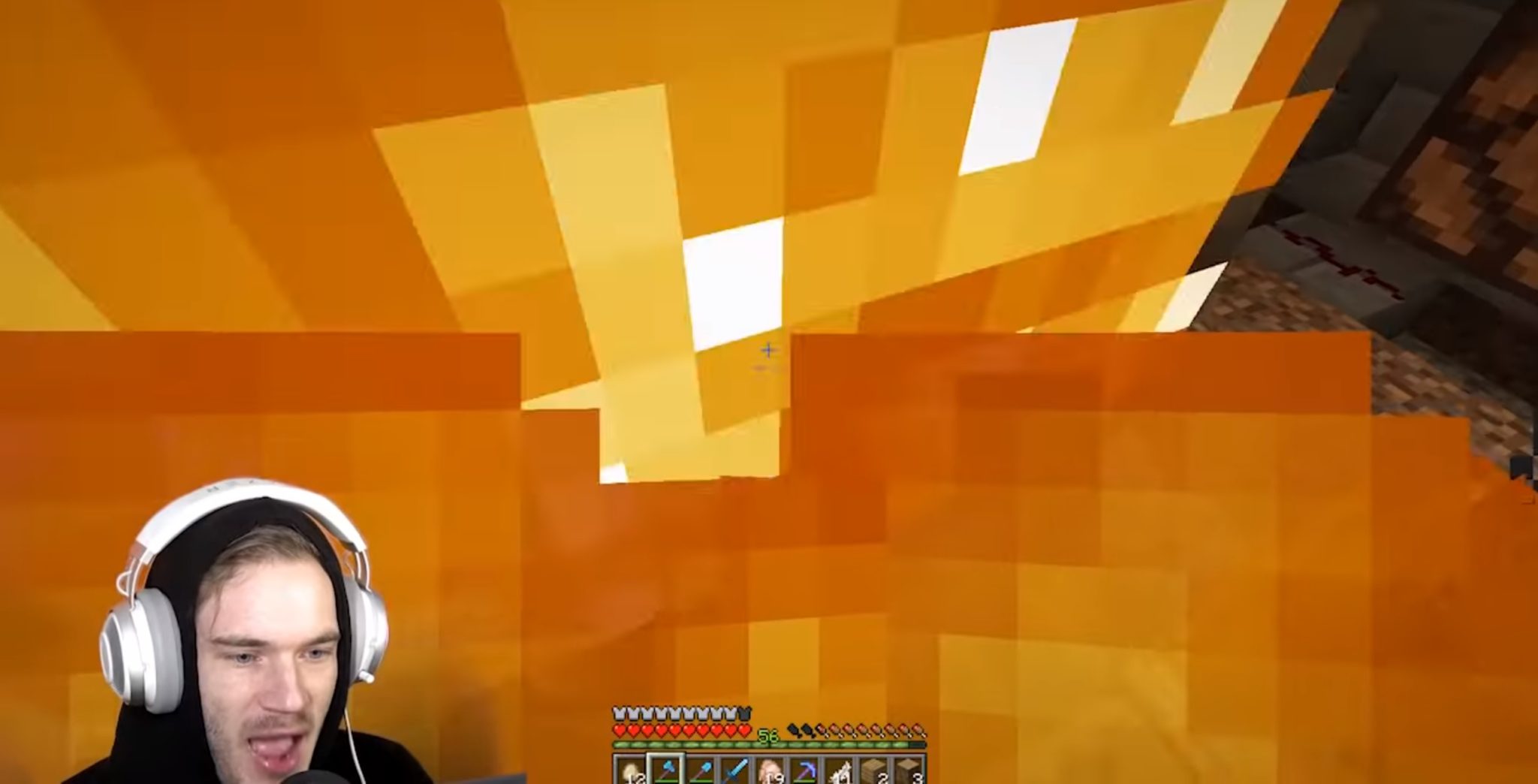 Pewds was in shock when he discovered his house was in flames.

The culprit? Turns out lava that was deep under his base had risen up, which he discovered when dropping to the lower level. “Oh my god it burned from bottom ground to up!” he exclaimed.

“I need water. Why didn’t I go for water?!” Pewds shouted as it began spread further. A scary moment came when his loyal dog Sven also caught on fire, and the YouTuber screamed as he threw water on his canine to save him.

He eventually was able to put the fires out, but massive damage had been done. “This is worse than when my house got robbed!” he said, referencing his real-life house in Japan recently being broken into in November.

While significant damage had been done to the ‘Broland’ based structure, he was able to rebuild his house after two hours, and made some pretty amazing additions to it such as an elevator.

Despite the major setback, PewDiePie pushed forward, and doesn’t seem to have any plans on quitting Minecraft anytime soon, although a fire that damaging would make most players consider it.