On the one hand, it’s hard to say that EA learned from their mistakes from last week when the likes of Greg Olsen and Terrell Suggs earned “Legends” cards despite still playing in the NFL.

Those two cards wound up being some of the most downvoted items of all time on MUTHEAD, arguably the premier source of information when it comes to Madden Ultimate Team, and should be a good barometer of the community’s disdain towards players receiving Legends cards while still playing in the NFL. 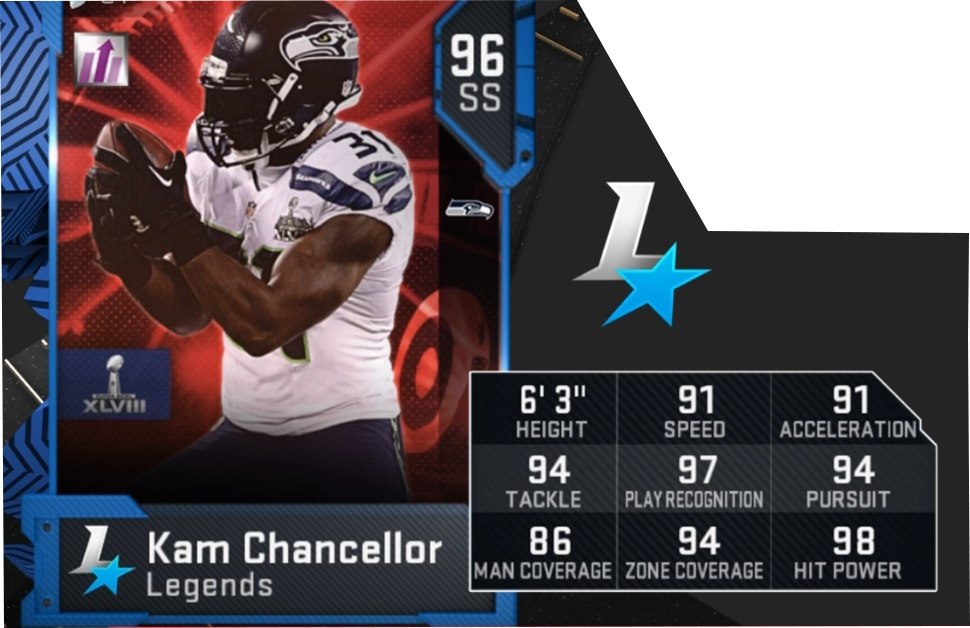 Sticking to the disappointing formula, Larry Fitzgerald and Kam Chancellor, Saturday’s newest additions to the “Legends” program, are similarly at the tail end of their careers with the latter actually retiring upon the conclusion of the Seahawks’ season thanks to a career-ending neck injury, but they aren’t actually Legends yet.

At this point, it feels like a cop-out given the number of actual Legends that could be used and have played in a Super Bowl.

But that fact can be ignored when the cards are, well, actually good. Chancellor’s height (6-foot-3) and speed (91) make him an excellent safety even without the 98 hit power, which is easily the highest mark for a strong safety.

And while the SS position just saw 97 overall Rodney Harrison enter the scene thanks to the Super Bowl Past promo, there’s only two other 95 and overall players at the position beside the hard-hitting safety, providing a bit of positional diversity. 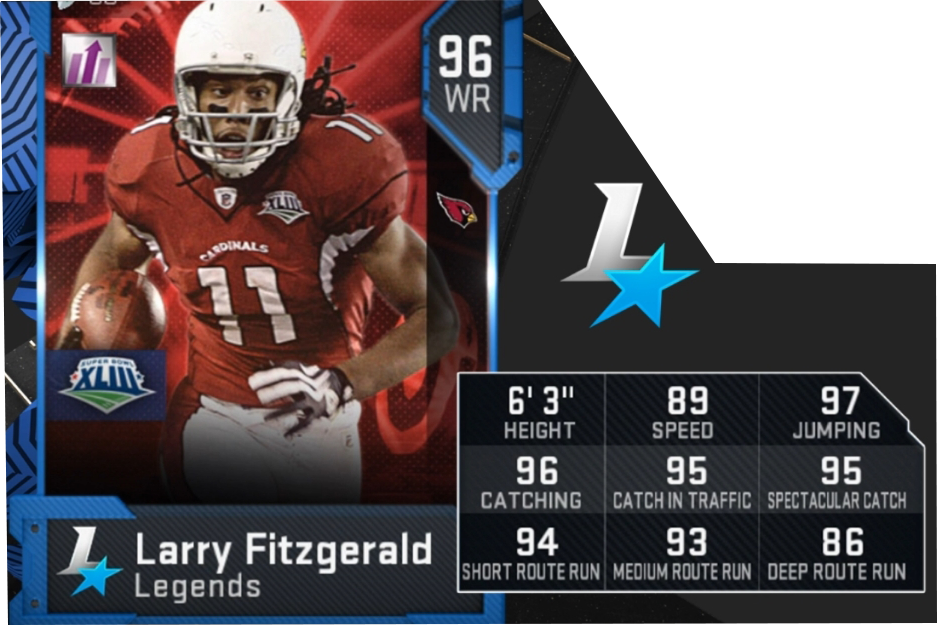 Fitzgerald sees his third upgrade from his base 86 overall item, which I predicted last week (link of the article), but at least this version of the Cardinals veteran wide receiver actually has some semblance of speed.

Make no mistake, the former Pittsburgh graduate was never a burner, even in the early days of his pro career, but a 93 overall Night Guardians edition was essentially worthless thanks to a look-and-you’ll puke 83 Speed.

The fact Fitzgerald boasts tremendous receiving stats plus 89 Speed in this go around actually makes him usable, particularly in a Cardinals theme. He’s easily the slowest base 95 or higher wide receiver currently in the game, but it’s not garbage-worthy like his previous cards, so yeah for improvement? 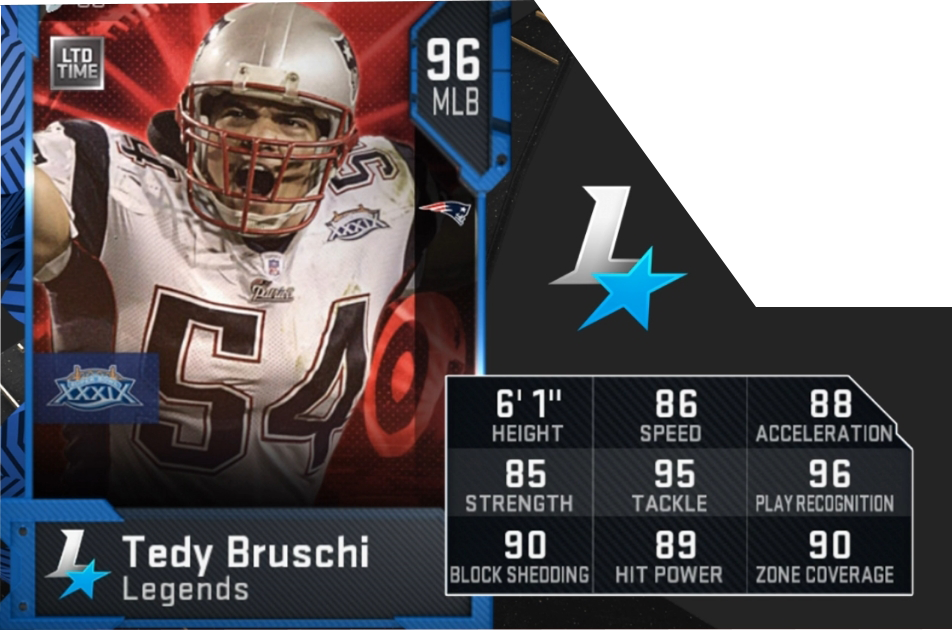 Former Patriots linebacker and current ESPN color analyst Tedy Bruschi rounds out the Legends drop from 1/26, marking the sixth Patriots player to receive a new or upgraded item since Thursday.

That, to me, is fine because the Patriots have made it to nine of the last 20 Super Bowls (that sound you hear is everyone outside of Massachusetts throwing up in their mouths), but yet again, this item is a bit disappointing given how expensive it’ll be as a Limited Time item.

One can’t help but wonder what the reaction would have been if EA chose to use the likes of Rodney Harrison, John Elway, Reggie White, and other newly upgraded cards during the past two Saturday’s as actual Legends, while the likes of Fitzgerald, Olsen, etc. populated the Super Bowl Past promo currently running.

Yes, the recently released promo might have lost a few of its teeth, considering Elway in particularly is seemingly providing some boost to the relevance of the new event.

But on the perilous edge of ruining what had been a long-running staple of Madden Ultimate Team, making Legends feel legendary seems like a small cost to pay.