Three players hit Madden 19 Ultimate Team Legends on Saturday and have incited plenty of public outrage from the Madden community.

Underwhelming. Undeserving. Embarrassing. Frustrating. There’s a lot of words that could be used to describe this week’s group of “Legends”, which found the word “Playoffs” slapped in front of them Saturday in a flimsy veiled attempt to make the players chosen seem intriguing.

But make no mistake, none of those words could be considered remotely positive after what figures to be the worst drop of Legends the entire year.

Two active players received the base Legends this week, marking the first time since Madden 17 EA opted to recycle not just actual Legends cards, but players who haven’t even retired yet.

In truth, the idea would have likely been more well-received if the players were actually community favorites, instead of simultaneously selecting the closest thing to Legends (i.e. active players on the brink of retirement) without them, you know, actually being “legends”. 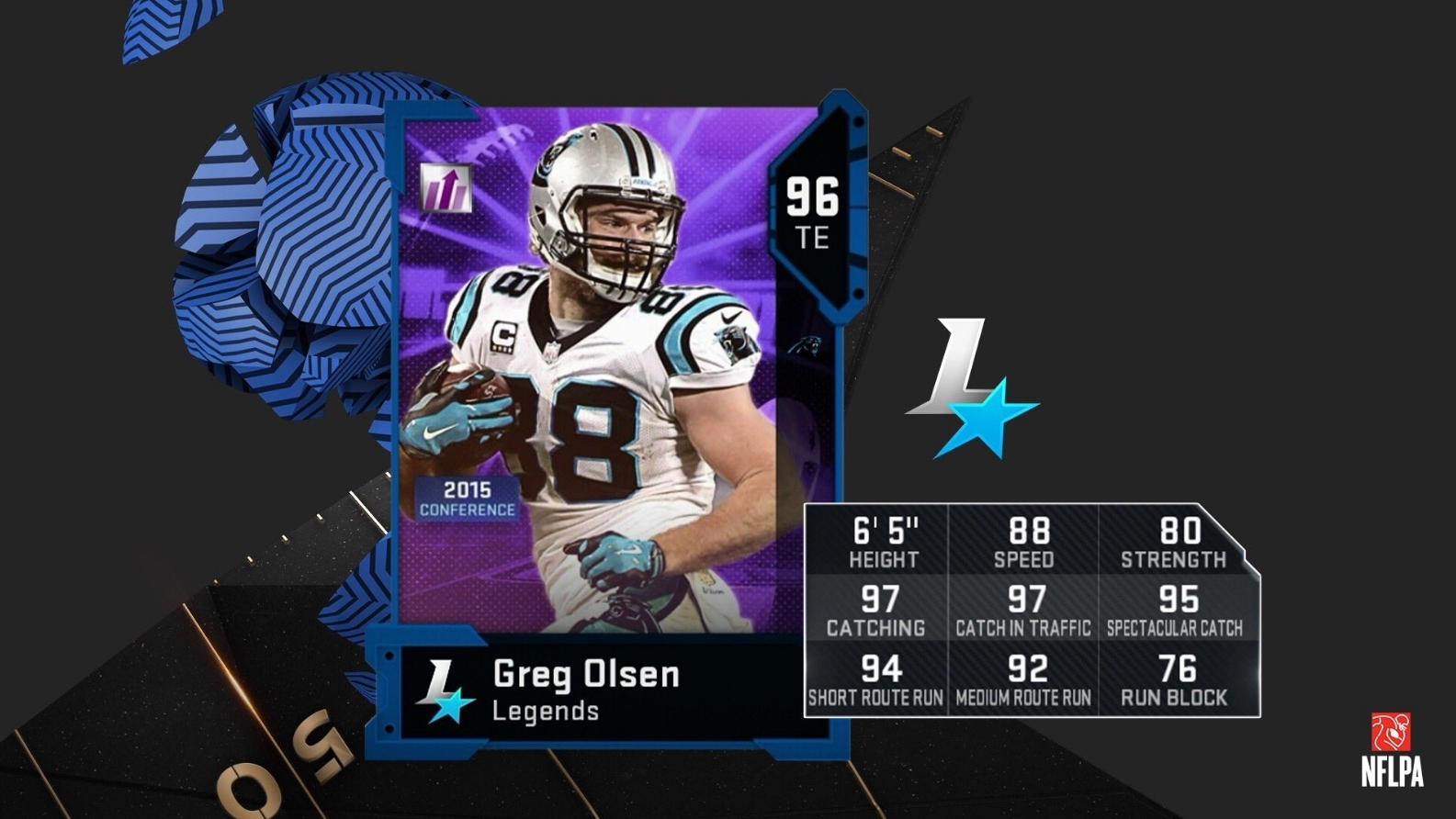 Greg Olsen was the first player to be revealed, and while the item is fine in its own right, there’s just absolutely no way the position needs another high-end option.

No, we’re not joking, just look at this timeline for recently released players at the TE position:

That’s three of the last six Legends weekends that have required a TE, and literally every new promo save for Football Outsiders that have yielded an upper tier elite option. 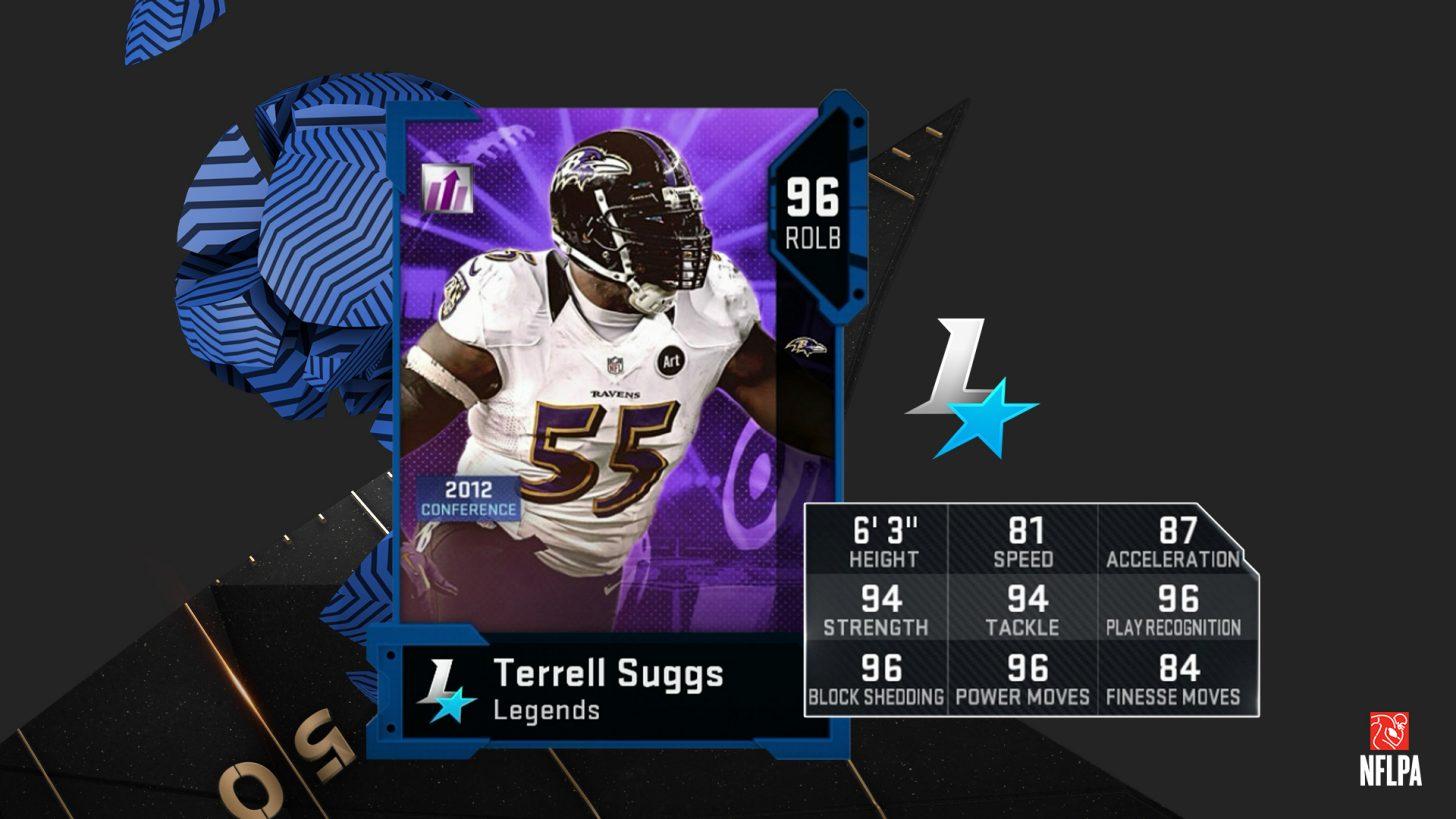 Other than Larry Fitzgerald, who i’m sure is overdue for a Playoffs LTD at some point, there’s not a greater ambassador for the “Old and Boring” club than Terrell Suggs, who also received a Legends item Saturday, marking his fifth upgrade this season.

Some of those make sense, like the since departed Veterans and Night Guardians promos, but when you’re highest overall card boosted 76 speed prior to today, it’s unlikely the item will be anything more than a homage to past dominance.

To reiterate, there is nothing wrong with providing some older “active” players new items, but to fit it in under the Legends umbrella is an egregious mistake and continues to further degrade a Legends program that was at one point the highlight of a given MUT week. 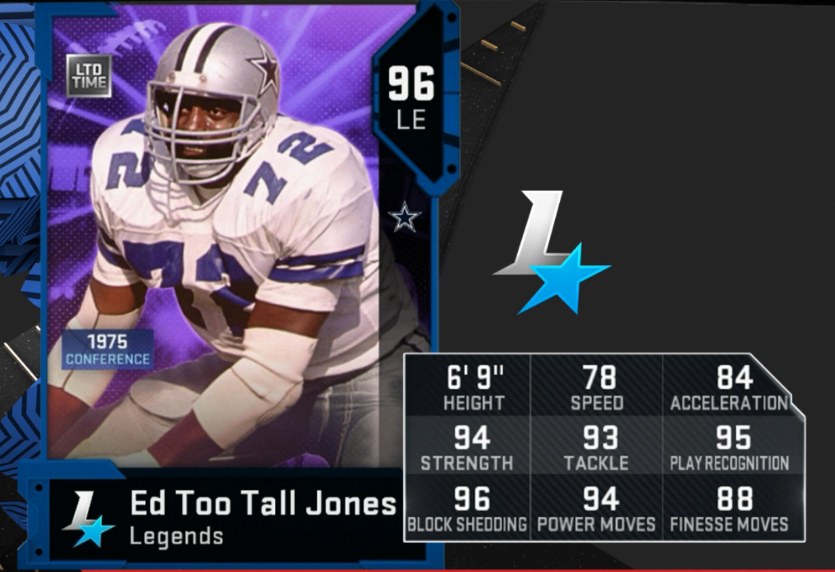 At least in the case of Ed “Too Tall Jones”, the left end is a new legend and is unique in the sense that he’s 6-foot-8.

He’s also pretty good with 96 Blockshed, 94 Strength and 94 Power Moves and should wreak havoc along the defensive line.

The only negative is that he shares the same position as Cowboys current 95 overall LE Demarcus Lawrence, forcing theme teams to make a difficult choice.

His presence doesn’t save yet another disappointing weekend of Legends, but if you ignore the likes of Olsen and Suggs, which the majority of the Madden community will likely do, Jones stacks up pretty well to the other options at the LE position.

At the end of the day, however, the community sentiment, which has risen in terms of unrest throughout the week thanks to a lack of fully-fledged content, looks to have reached a fever pitch as players near their breaking point.

I mean what can we do? They have the high ground. No matter how much we care about their game at a certain point we have to understand the MUT content team is phoning it in the rest of Madden 19. @EA_KRAELO @Jstein2469 @MUTGuru @EASPORTS_MUT. https://t.co/Z5VIbGHvii

I’m pumped to see this “Greg Olsen received this card for his IMMACULATE performance of 113 yards 0 touchdown! Insane stat line!” This blog boutta be lit

Congrats to Terrell Suggs on his record breaking 104th mut card of all time!