It appears that Riot Games accidentally invited a number of League of Legends players to an exclusive, expenses-paid party in London celebrating the game’s 10-year anniversary.

Riot will be marking the occasion with a live-streamed event on October 16, which will include a 10th Anniversary edition of their ‘Riot Pls’ series looking back on some of the game’s most iconic moments, and forward to some of what’s coming in the future.

For a select few, however, it seems that there will also be an exclusive party taking place in London, which fans became aware of after an invitation showed up in the client for a number of players.

Reddit user u/Lassekassebasse was the first to point out the invite, which appeared on the home page of their client under the title “You’re 1 of 500”. Following the link took them to a page which states that they are being invited to a party which “will not be open to the public and has been created exclusively for a group of players whom we want to personally thank for their contributions to League.”

The invitation also stated that Riot would cover travel and accommodation for the event, as well as refreshments and catering. 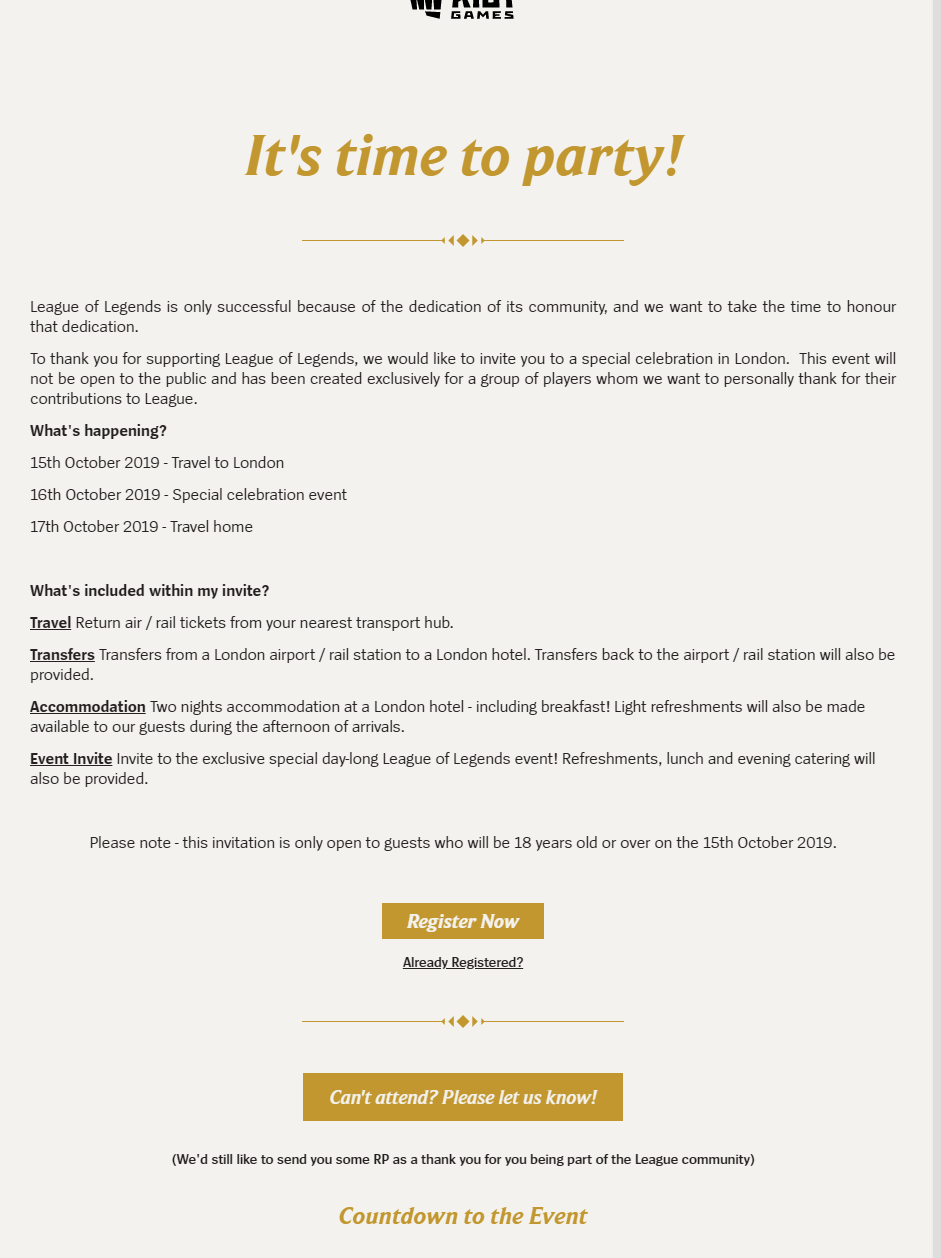 The invitation appeared to be an error, however, as many other players reported seeing the same link. Shortly after the original post to the League of Legends subreddit, the client was updated and the invitations removed.

Riot Cactopus commented on the situation confirming that the invitations being publicly visible was in fact a mistake, so unfortunately most players who saw it will have to content themselves with whatever Riot has planned for players as part of the celebrations.

It turns out that u/Lassekassebasse will in fact be one of the 500 – or perhaps now 501 – however, as in reward for bringing the issue to Riot’s attention, Cactopus revealed that they would be extending the invitation to them officially.

Exactly what Riot have planned for their 10-year anniversary celebrations remains largely unknown at this stage, so fans will simply have to wait to tune into the October 16 broadcast.