A day before its full release, League of Legends’ Teamfight Tactics has recieved a major balance update.

Teamfight Tactics is Riot Games’ take on the autobattler genre, and is currently available for testing on the LoL Public Beta Environment.

The game is expected to be fully released as a mode in League of Legends with the 9.13 update, which is due to go live on June 25.

Prior to its launch, Riot have hit Teamfight Tactics with a final PBE update addressing some of the most significant balance issues that the public testing has exposed.

A large number of champions are getting adjusted, with many focusing on balancing how particular trait compositions play out. Within the Sorcerer group, Aurelion Sol is getting hit with a nerf, while Karthus and Morgana are being buffed to level out the power within Sorcerer compositions.

Meanwhile, some of the key Gunslinger champions are getting buffed due to compositions “falling behind other carry-centric teams”, with Gangplank, Miss Fortune, Lucian and Tristana all getting increases to their effective damage output. Meanwhile, the bonus Attack Speed granted by Wild compositions is being nerfed slightly. 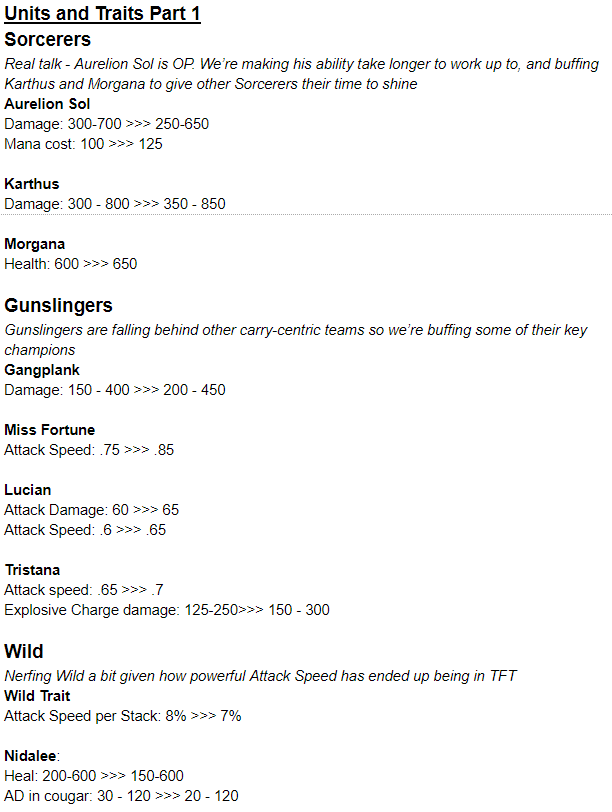 A number of champions are also getting buffs for their Tier 2 forms, in order to make sure that more champions are worth actually levelling up. 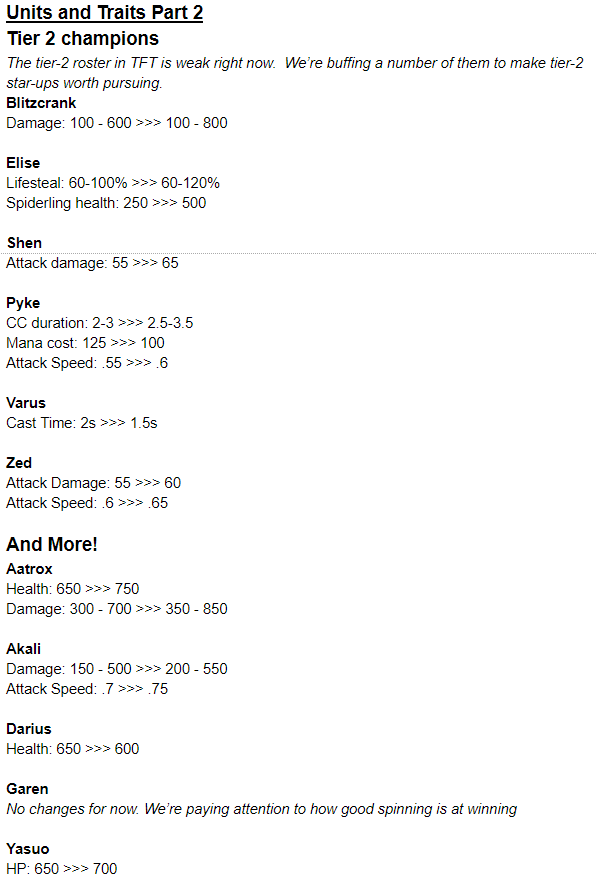 The update also includes a number of item adjustments, with Zeke’s Herald and Spear of Shojin being targeted with nerfs due to their power in the current meta. Meanwhile, several of the lesser-used items are getting buffs in an attempt to increase their popularity. 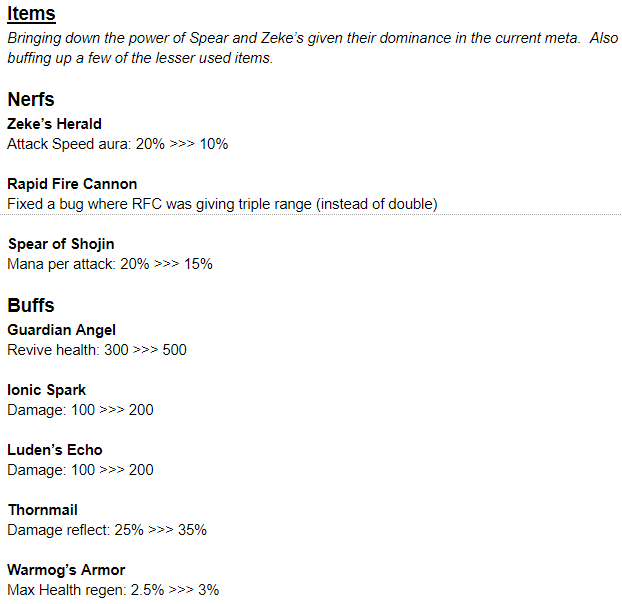 Once Teamfight Tactics goes live, it will be accessible to all League of Legends players within the LoL client, without needing to create a new account or download a new launcher.