LoL: Mikyx reveals which team G2 expects to face in the Worlds final

Two-time LEC champion Mihael ‘Mikyx’ Mehle has revealed why he believes the 2019 World Championship will end with G2 Esports facing off against SK Telecom T1 in a rematch in Paris, after both teams started the tournament 3-0.

After the first group stage round-robin in Berlin, the groups are in a state of flux. FunPlus Phoenix and J-Team are locking horns in Group B, while Group D has seen heavyweights Invictus Gaming, DAMWON Gaming, and Team Liquid and all trade blows to sit at 2-1 apiece.

Two teams have yet to taste defeat on the international stage, however — G2 and SKT. Both have surged to 3-0 records in their respective groups, and discussions quickly became about both teams as title contenders. 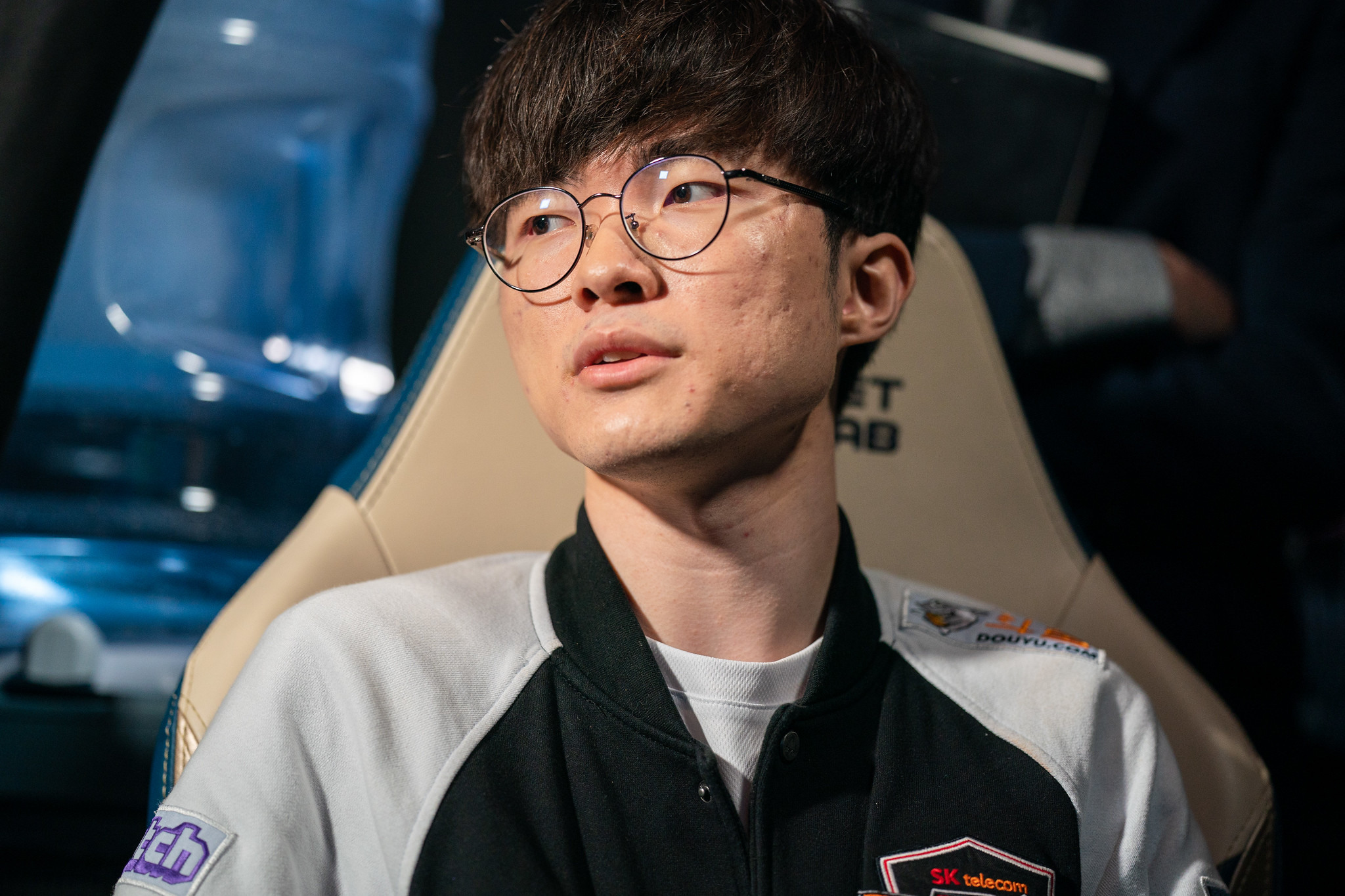 Mikyx has dubbed three-time world champion Faker and SKT the main threats for the title.

According to support star Mikyx, the European champions want to meet the three-time world champions in the final, and play out an MSI rematch.

“For finals hopefully we play the best team we can face so that it feels rewarding when we win, compared to MSI where we faced Team Liquid and it was a bit anticlimactic,” the Slovenian star told Korizon.

“So far only us and SKT are undefeated, so I have to say it will be SKT. That depends on how they’ll perform in the future, but right now I have to say them because they’re the best. (They might challenge us) but then again I get to practice with my team this time so it could be harder for them, and we won’t test stuff in Game 1 like last time we faced them.” 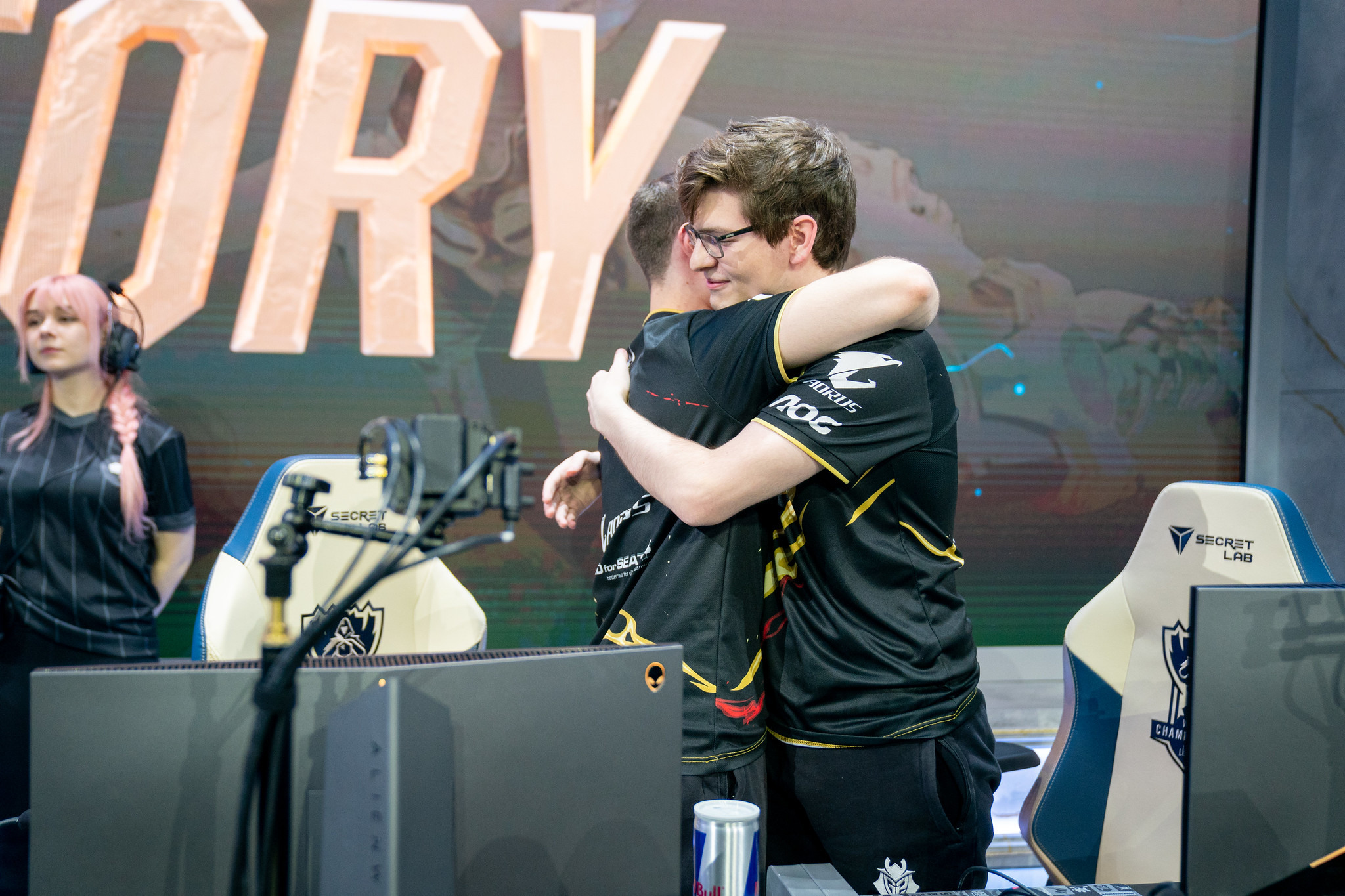 G2 have opened their Worlds campaign undefeated in groups.

It seems like all Mehle is looking for at Worlds is to be challenged. G2 were pushed to their limits against Fnatic in back-to-back five-game series before securing the Summer title in the LEC, and now they’re looking for that same kind of fight on the world stage.

Unfortunately for the G2 support, it seems like he’s been a bit disappointed by what the group stage has offered up for them so far, and even went so far as to suggest that Griffin and Cloud9 didn’t compare to the difficulty they faced against Hong Kong attitude.

“So far HKA challenged us the most because it felt like we were, at one point, at a stalemate and just trading vision, not really fighting much,” he said in the post-match interview after defeating the LMS representatives.  “Against other teams, we were just ahead throughout the whole game and we never felt like we’d lost the games. Against HKA it felt a little bit iffy.”

That’s not to say that G2’s path through the group stage so far has been all smooth sailing. Martin ‘Wunder’ Hansen and Marcin ‘Jankos’ Jankowski combined for nine deaths against C9, while Mikyx has implemented a self-ban on Rakan after he finished 0/5/9 on Day 4.

“Maybe (the performance against C9) was a fluke, and I showed my true Rakan against HKA, and it’s really bad. I’m probably not going to be allowed to play Rakan again… we’ll probably stay away from it,” he added. 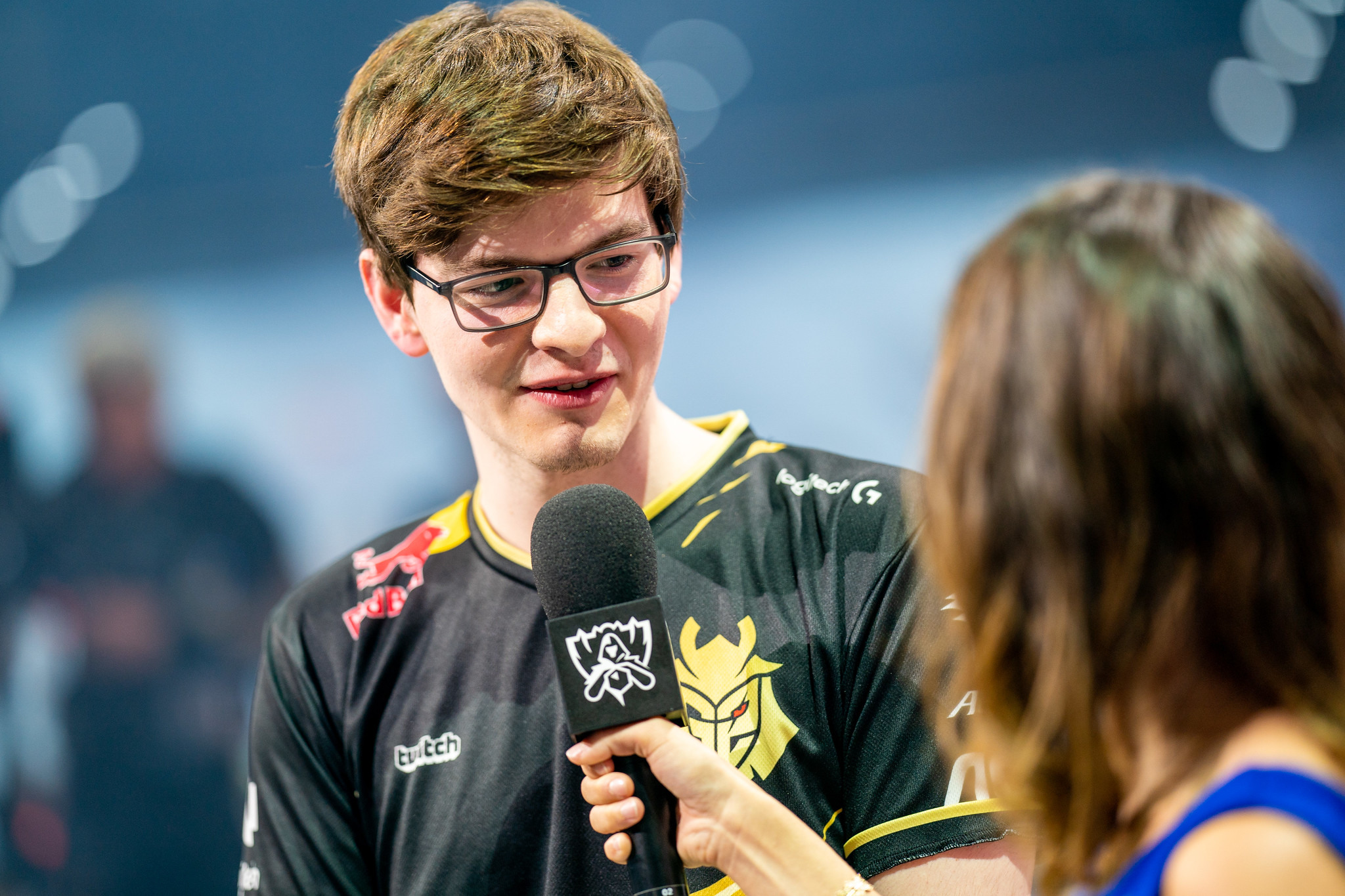 Mikyx revealed his Rakan may be off the table for the rest of Worlds.

The difficult outing against the LMS squad didn’t seem to have dinted his spirits, as he admitted it was his turn to struggle: “Yesterday was Wunder and Jankos, now me. Hopefully next week it’s not me again, it’s up to Perkz and Caps to int and let it all out next week.”

G2 are now in the middle of a two-day break, before they face off against their group stage rivals again on Friday. You can keep track of all the results and watch the matches at Worlds 2019 here on Dexerto, using our Worlds 2019 hub.