Riot Games dropped a bunch of new releases during their League of Legends ten-year anniversary stream, with one of the biggest titles being their new card game, Legends of Runeterra.

The League 10 live stream featured all kinds of fanfare and massive game announcements. From an in-development fighting game title, and an MMO on the horizon, to nearly polished versions of League and TFT on mobile, and an FPS game, there was plenty to get fans of all genres hyped.

Amongst all the pandemonium, Riot announced the next game to be released, Legends of Runeterra. It’s Riot’s take on the online card game genre, taking the League of Legends universe and giving it a tabletop, turn-based twist.

We’ve got all the information you need to know before the game comes out for good below.

When will Legends of Runeterra be released?

The beta release of Legends of Runeterra is currently live, with players slowly gaining access by pre-registering.

Selected players have been granted early access and are currently streaming the game on Twitch, so people who are keenly waiting for the release can get a glimpse of how the game works early. 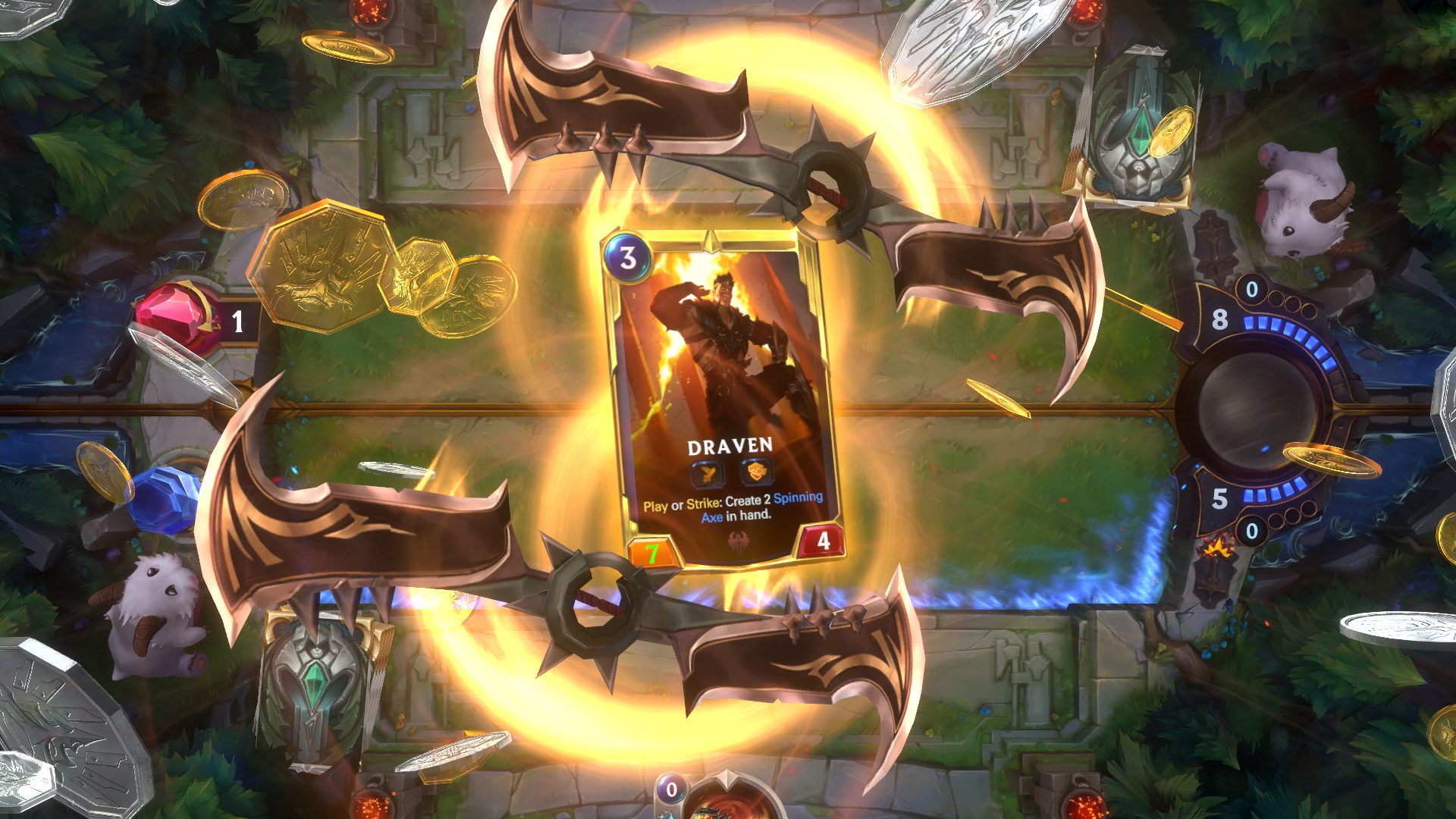 Many fan-favorites from League of Legends will be making an appearance in Legends of Runeterra.

How do I get access to the Legends of Runeterra Beta?

Players can pre-register for the Legends of Runeterra beta tests on the game’s official website.

If you have a pre-existing League of Legends account, all you need to do is log in to the website, and you’ll be automatically registered. New players can also sign up on the site for a new account, and they will be pre-registered.

You can also download the client for PC already, and register for access on the iOS App Store and Google Play for Android.

Players also have a chance of boosting their chances of getting in the beta earlier by linking their Twitch account to their Riot account, and watching streams of Legends of Runeterra. 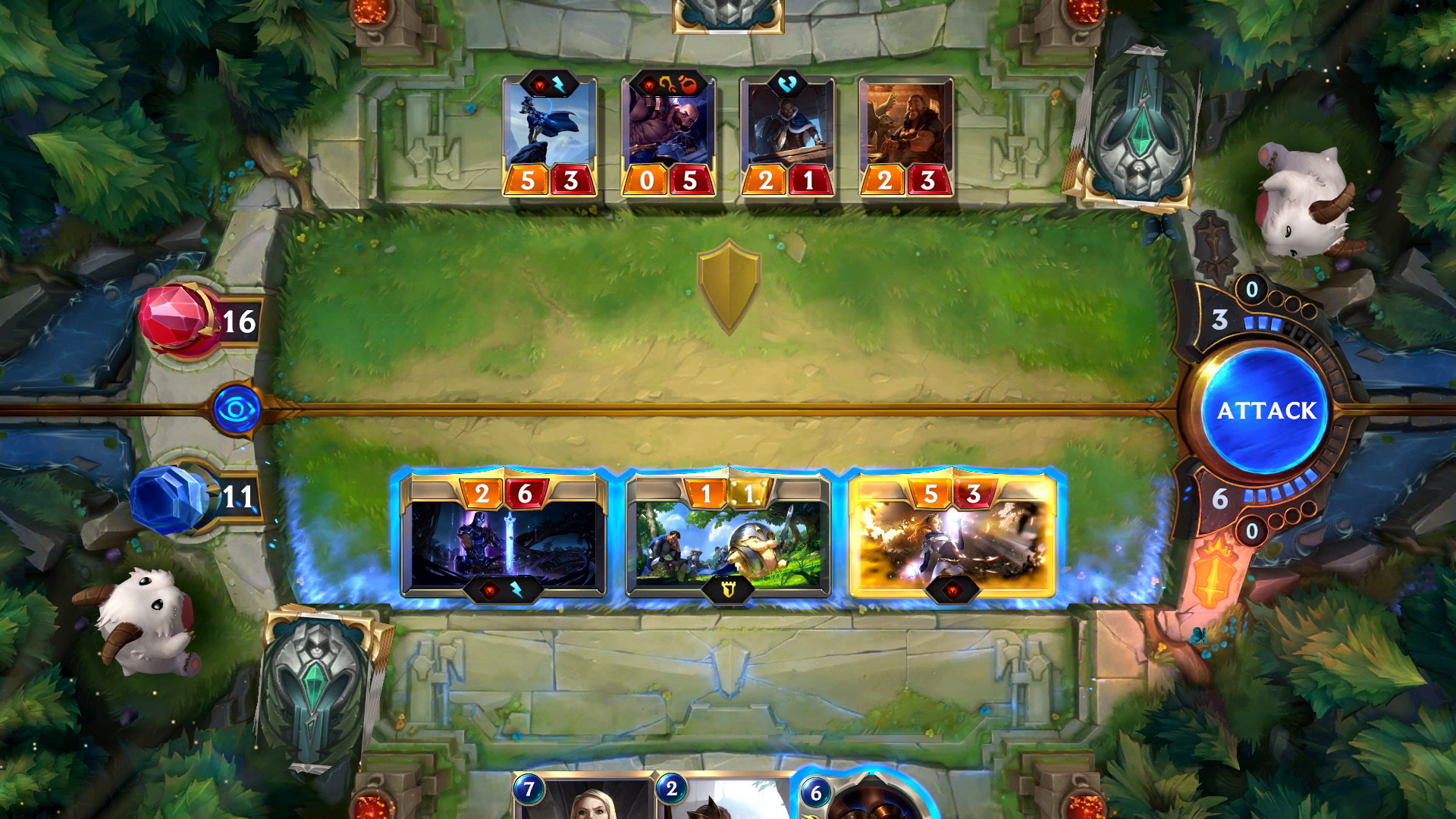 The gameplay of Legends of Runeterra is similar to other card games on the market, but there is some unique mechanics.
[ad name=”article5″]

What cards are available in Legends of Runeterra?

While details about specific cards are slowly trickling through, the regions behind characters have been announced.

Decks will be crafted around these regions, which include Demacia, Noxus, Freljord, Piltover, Zaun, Ionia, and the Shadow Isles. Players will be able to create decks with at most two regions.

Some examples of the game’s cards are currently available on the Legends of Runeterra website, including the major champions most decks are built off. 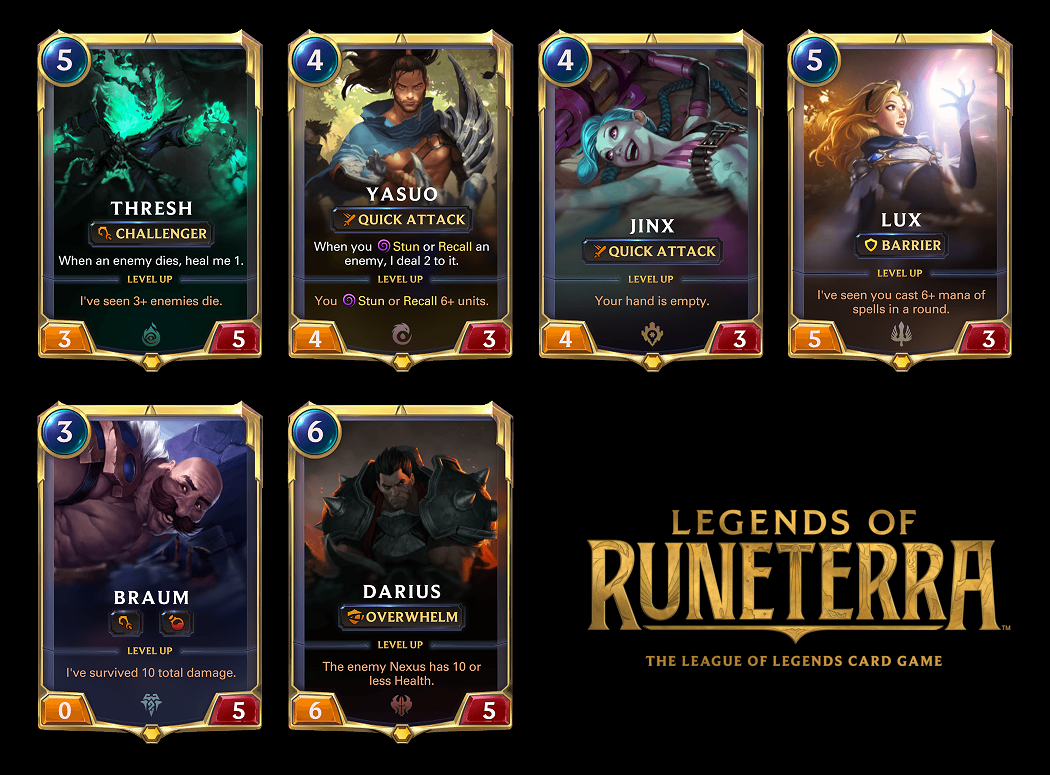 Some of the early cards for Legends of Runeterra look amazing.

There are also smaller, supportive cards, and minions players can cast at a low cost to help bolster their early game.

Most cards also have some form of additional offensive or defensive mechanic, such as Quick Attack, which allows that card to attack instantly, or Overwhelm, which deals extra damage to the enemy nexus if you overkill a unit.

We will update this article with more information about Legends of Runeterra as it comes to light.