Riot Games surprised everyone when they announced a new first-person shooter during their Riot Pls: 10th Anniversary Edition stream.

Codenamed ‘Project A’, the new game looks to feature elements of some of the biggest FPS titles in the world, combining the class-based style of Overwatch with the more precise, tactical gun-play of Counter-Strike.

The shooter is still in early development and a release date has yet to be announced, but Riot did show off the first gameplay footage during the stream. 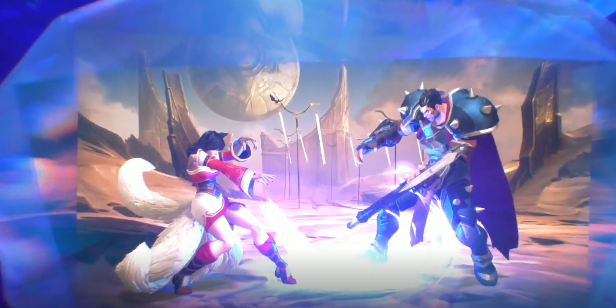 Footage of Riot’s fighting game was shown off on October 15.
[ad name=”article2″]

The footage showed a victory screen that the winning team will see when they have eliminated their rival team. A kill feed is displayed on the top-right corner of the screen with many different weapons scoring frags.

In the reveal trailer, Executive Producer Anna Donlon explained that Project A will feature competitive, precise gunplay, as well as a “lethal cast of characters each with their own unique abilities”.

This is apparent in one clip, which shows a character throwing a smoke grenade behind a wall, which creates some sort of smokescreen that hides their movements.

It appears as though Riot are going for a mix of Overwatch’s abilities and Counter-Strike’s tactical-based gameplay.

Announcing "Project A", our character-based tactical shooter set in a near-future Earth. pic.twitter.com/wqEXl0Hxbn

Riot are in this for years

It appears that with Project A, Riot are taking their move into the FPS genre very seriously.

Indeed, they have promised to be “in this for years”, just as they are with League of Legends.

Donlon also explained how Riot are “going big on global infrastructure and netcode”. She expressed that the team understands how critical these elements are and said that they need to get them right.

Riot will have help to ensure that it reaches the standard that FPS fans expect. Salvatore ‘Volcano’ Garozzo, an ex-CS:GO pro who has helped create and update many popular maps, tweeted that he has been working on the game for the last few years.

Excited to finally show what I've been working on at Riot for the past few years! #League10 #ProjectA pic.twitter.com/eXvpsofrQi

FPS isn’t the only new genre that Riot are moving into – during the 10th Anniversary Edition stream, they also showed off brief glimpses of gameplay from Project L, a new LoL fighting game that’s in development. Here’s everything that was announced in the stream.