Former League of Legends pro Danny ‘Shiphtur’ Le was stopped in his tracks by a strange Zoe bug that eventually saw him get instantly deleted by the other team.

Riot Games has been steadily implementing characters to their roster, each bringing their own unique twists to the Rift, but Zoe in particular has been causing a lot of headaches to players and devs since being released in 2017.

Zoe’s been of the more hectic players to play against in the game because of the influence she can easily have on other lanes or in a fight while staying at a pretty safe distance, which mainly comes in the form of her Sleepy Trouble Bubble (E). 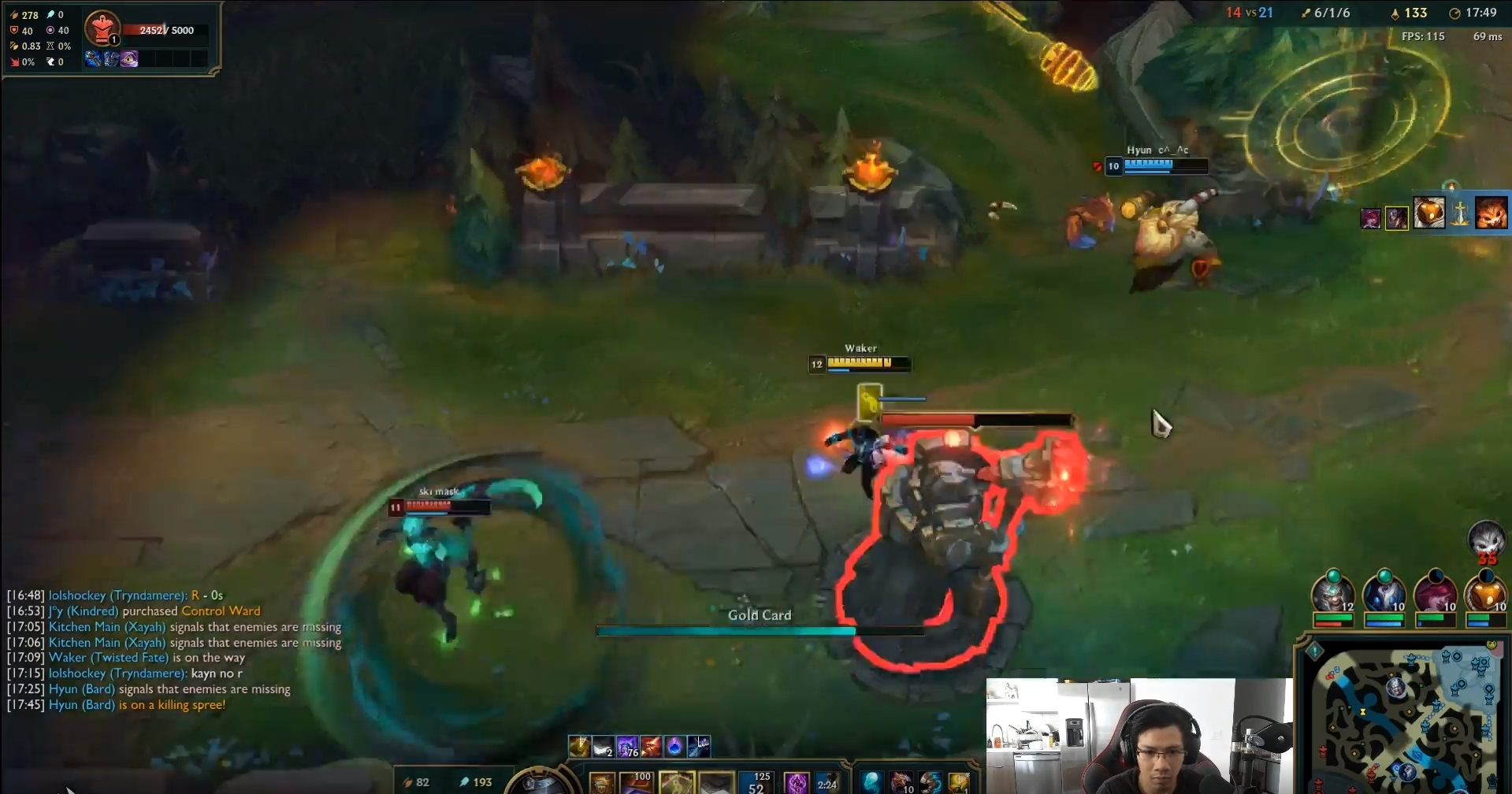 One of the final frames the Zoey E (orb in Top Left) can be seen before bugging out.

But during Shiphtur’s August 22 stream he encountered a problem that’s not usually a reason to get tilted by the crowd control (CC) ability. Instead he got hit by a two-pronged bug that not only made Zoe’s ability act out, but it also made it invisible.

“Wait wha–” Shiphtur said visibly confused at why his character Twisted Fate suddenly got hit with the sleep CC. “Did I step on (the Sleepy Trouble Bubble)? Wait was it invisible? Wait am I blind?”

When Zoe launches her E into a wall it gets bonus range and if it doesn’t directly hit an opponent it will briefly lay on the ground as a visible trap.

Well neither of those two mechanics went off without a hitch.

It looks as if the spell either reached its max range just before it hit the wall or it glitched by not going over the barrier as it seems the Zoe player intended it to.

“I don’t know, I mean [Zoe’s trap is] not supposed to [be there] right?” Shiphtur said after reviewing the play after the game had ended. “Unless it like, stopped right- I don’t know, it’s supposed to go through the wall. It doesn’t really make sense.”

In either case, it didn’t hit an opponent directly, meaning the game should’ve laid down a visible trap. But Shiphtur walked up to confront Zoe, and while his path looked clear he still got CC’d by the ability.

Zoe is a really powerful League of Legends champion when used correctly but it looks like a few bugs added to her name makes her even more difficult to deal with.