Riot Games released the K/DA line of skins on November 2018 that paid homage to the K-Pop culture leading up to the 2018 World Championship tournament in Korea, and their huge success has inspired more incredible concepts that fit right into the style.

The announcement and subsequent commercialization for the K/DA skins took the League of Legends community by storm and even put Riot Games on a couple of music charts, but the allure and design of the skins have resonated with fans till well after the music stopped.

Taiwan-based artist Shen YH has taken it upon themselves to add four more concept members to the K/DA pop group that include designs for Miss Fortune, Riven, Lux, and Syndra. 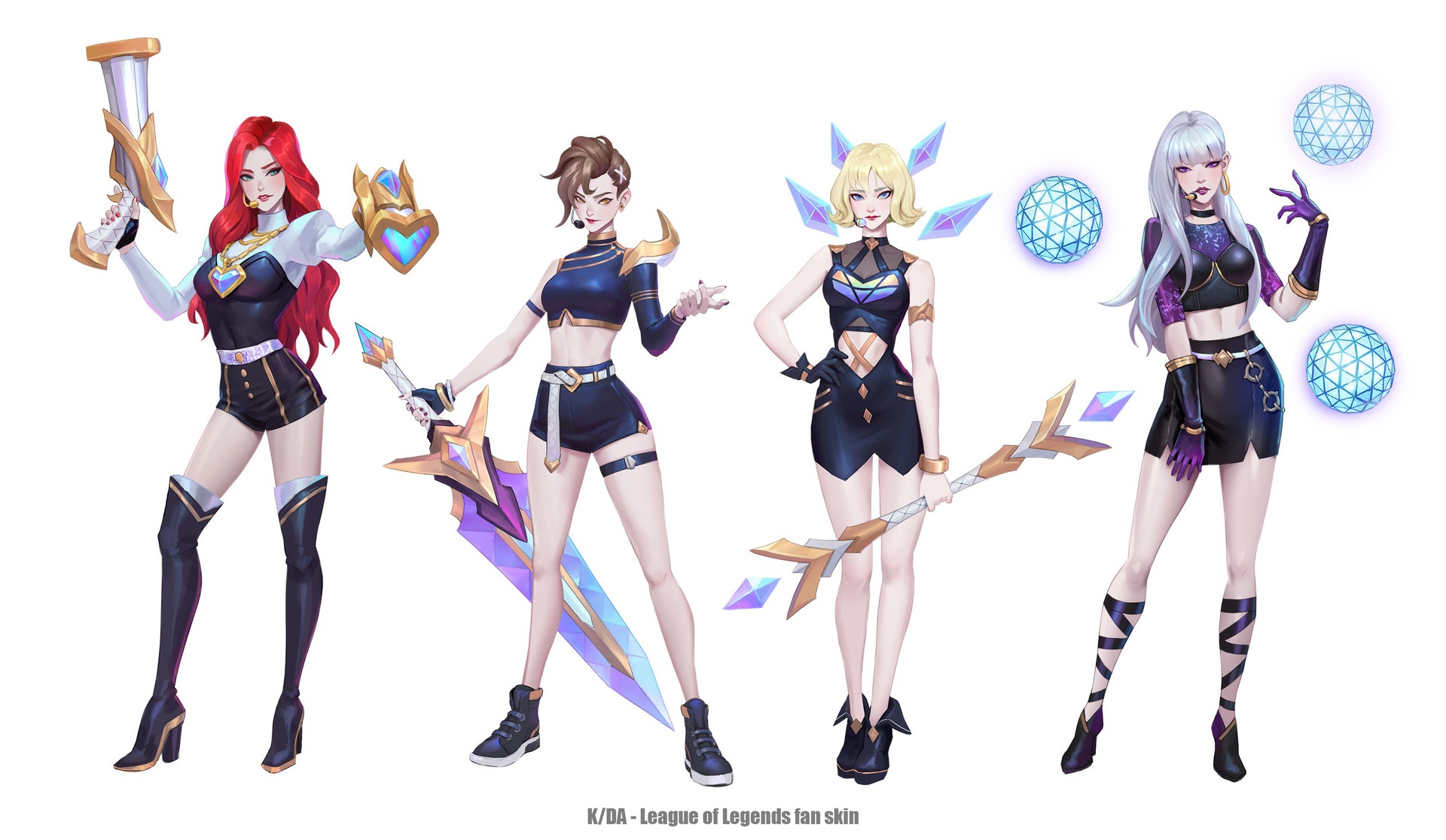 The new conceptual members of K/DA.

The renditions are brimming with character that, just like that the official K/DA skins, mix the essence from the in-game character with a stylized twist of glamorous K-Pop superstars.

Miss Fortune is shown sporting guns with heart-shaped barrels and is wearing a modern version of her Bilgewater attire.

Riven is still equipped with a sword larger than life, but has traded in her pauldron for sleeker shoulder-piece that’s more style than function.

K/DA Lux has a design more reminiscent of her Elemental variant, but is still high-heeled and mic’d up to face and foe on the Rift.

For Syndra, the artist kept the purple of her dark powers emanating from different parts of her outfits, as the energy orbs have been replaced with what appear to be orbiting mirrored disco balls.

The concepts are incredibly designed and would be a seamless addition to the worldwide phenomenon iteration of characters.