G2 Esports star Marcin ‘Jankos’ Jankowski spoke about his team’s League of Legends World Championship journey so far and revealed why they are full of confidence.

The biggest League of Legends event of 2019 is well underway, with just eight teams remaining in a single-elimination playoff bracket at this year’s World Championship.

European titans G2 were one of the favorites going into the tournament, but unexpectedly finished in second place in their group. Some fans were worried about the team after their two losses to Griffin but Jankos has revealed why the team is still as confident as ever in an interview with The Shotcaller. 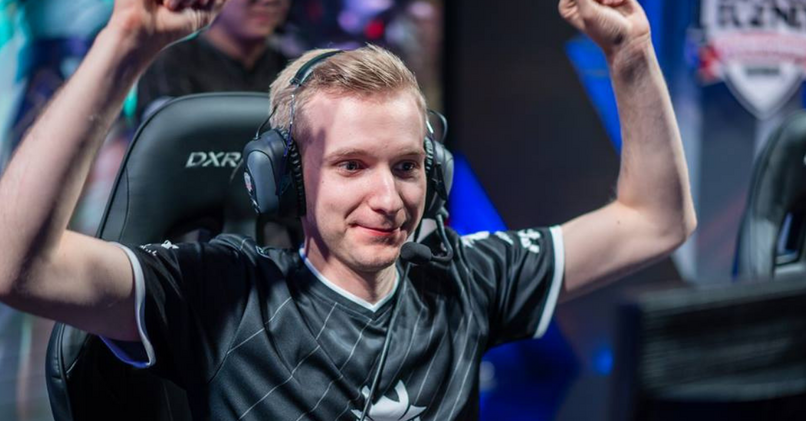 Jankos revealed why G2 are so confident going into Worlds playoffs.
[ad name=”article2″]

The Polish player spoke with The Shotcaller on October 21, revealing the reasons behind their loss. He highlighted Qiyana as one of the big problems, as their opponents were able to both counter and support her better, especially as when he was using the champion he felt completely shut down.

Another problem with their games was his teamwork with G2’s support, Mihael ‘Mikyx’ Mehle, as they often found themselves out positioned and outplayed by Griffin. He then went on to explain why they are still confident, regardless of those problems.

Timestamp at 3:30 for mobile users

“Invictus Gaming came second place last year and they won Worlds, so it’s all a part of our great plan. Also, we wanted to face SKT before the finals, just in case they lose,” he said jokingly, before letting out a laugh.

Jankos then revealed the real reason behind their confidence, stating, “We are the strongest team from Europe, and even though we underperformed we can play better. We will never give up and although we lost we will come back strong and learn from our mistakes.”

He finished by saying that the team is still confident and they don’t feel bad about losing, reminding fans that regardless of their group placement they would still have to beat the best teams in the playoffs to win.

G2 will face off against Damwon Gaming in their first playoffs match on October 27, where fans will be able to see if the team can live up to their confidence.